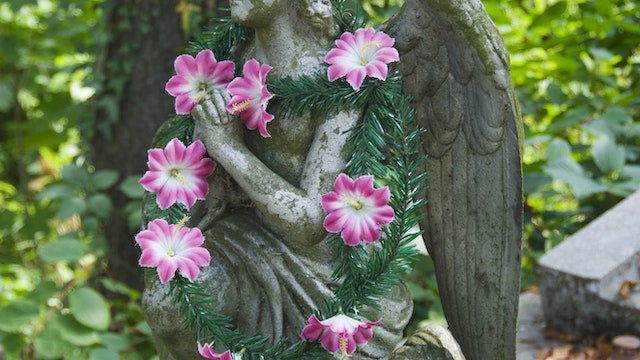 Don't leave town until you've seen this amazing 42-hectare cemetery, only a short ride on tram 7 from the centre. This is the Père Lachaise of Eastern Europe, with the same sort of overgrown grounds and Gothic aura as the famous Parisian necropolis (but containing less-well-known people). Laid out in the late 18th century, it's packed full of western Ukraine's great and good. Pride of place goes to the grave of revered nationalist poet Ivan Franko.

Other tombs belong to Soviet gymnastics legend Viktor Chukarin, early-20th-century opera star Solomiya Krushelnytska, composer Volodymyr Ivasyuk and some 2000 Poles who died fighting Ukrainians and Bolsheviks from 1918 to 1920. There's also a memorial to the Ukrainian insurgent army (UPA), which fought for independence against both the Nazis and the Soviets, and a section for the victims of Stalin's famine in the 1930s. However, the most moving part of the cemetery contains the fresh graves of local soldiers and volunteers killed in the war with Russia in Ukraine's east, many of the plots bearing the photos of their often youthful occupants.

A good strategy is to combine a trip to the cemetery with a visit to the Museum of Folk Architecture and Life. The cemetery is one tram stop past the stop for the open-air museum.