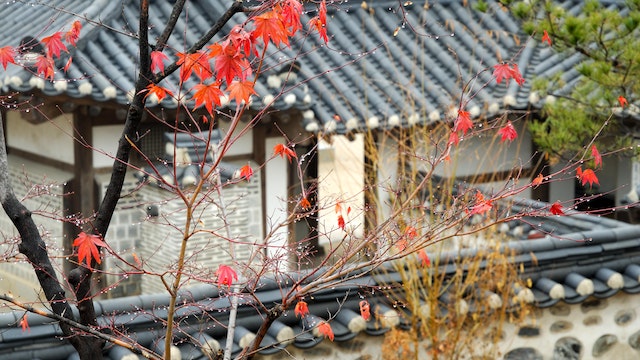 Located in a park at the foot of Namsan, this peaceful village is a wonderful spot to encounter traditional Korean culture. It features five differing yangban (upper class) houses from the Joseon era, all relocated here from different parts of Seoul. Also here is a traditional theatre, Seoul Namsan Gugakdang.

On the right of the entrance gate is an office that provides free hour-long guided tours around the village in English (noon Thursday to Sunday, and 2pm Tuesday, Wednesday, Saturday and Sunday).

From May to June and September to October, displays of the traditional Korean martial art taekwondo are staged daily in the village at 1pm and 3pm.

Look out for the circular sci-fi-looking time capsule with everyday items buried in 1994 to mark Seoul's 600th anniversary. It's not to be opened until the year 2394!