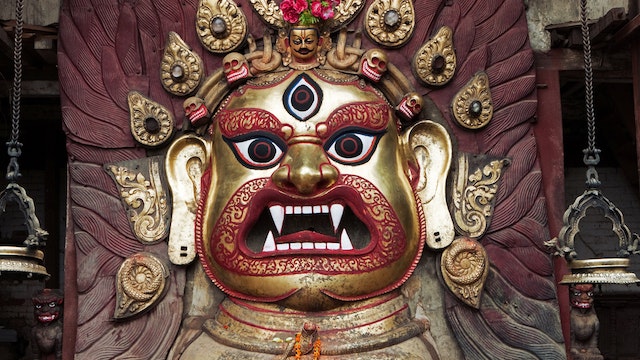 Kathmandu’s Durbar Sq was where the city’s kings were once crowned and legitimised, and from where they ruled (durbar means palace). As such, the square remains the traditional heart of the old town and Kathmandu’s most spectacular legacy of traditional architecture. The square bore the brunt of Kathmandu's 2015 earthquake damage. Half a dozen temples collapsed, as did several towers in the Hanuman Dhoka palace complex, but it's still a fabulous complex. Reconstruction will continue for years.

Although most of the square dates from the 17th and 18th centuries (many of the original buildings are much older), a great deal of rebuilding happened after the great earthquake of 1934. The entire square was designated a Unesco World Heritage Site in 1979.

The Durbar Sq area is actually made up of three loosely linked squares. To the south is the open Basantapur Sq area, a former royal elephant stables that now houses souvenir stalls and off which runs Freak St. The main Durbar Sq area is to the west. Running northeast is a second part of Durbar Sq, which contains the entrance to the Hanuman Dhoka and an assortment of temples. From this open area Makhan Tole, at one time the main road in Kathmandu and still the most interesting street to walk down, continues northeast.