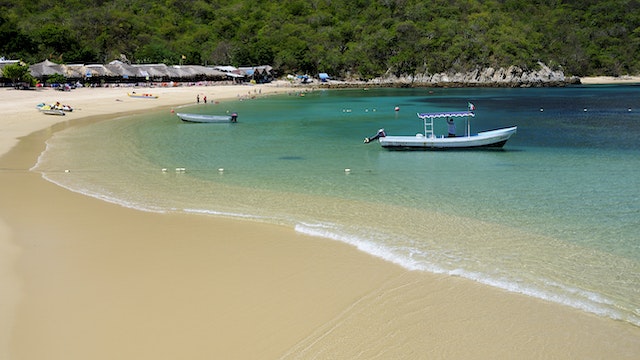 La Entrega lies toward the outer edge of Bahía de Santa Cruz, a five-minute motorboat trip or 2.5km walk/drive along a bendy road from Santa Cruz. This 300m beach, backed by a line of seafood palapas, can get busy, but it has decent (if sometimes crowded) snorkeling on a coral plate from which boats are cordoned off. Gear is available at Renta de Snorkel Vicente on the beach's northern end.

‘La Entrega’ means ‘The Delivery’: in 1831 Mexican independence hero Vicente Guerrero was handed over here to his political enemies by a Genoese sea captain. Guerrero was then taken to Cuilapan near Oaxaca and shot.