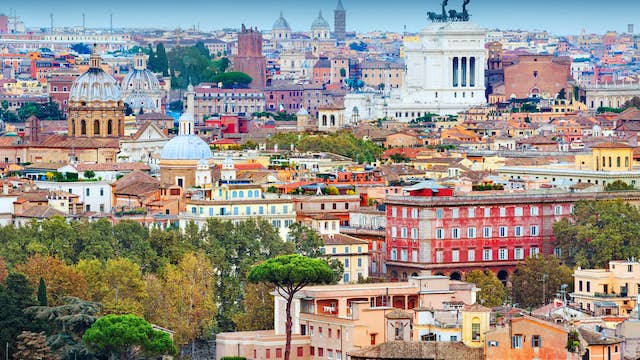 Extending beneath the Basilica di San Sebastiano, these underground burial chambers were the first to be called catacombs – the name was derived from the Greek kata (near) and kymbas (cavity), because they were located near a cave. They were heavily developed from the 1st century, and during the persecutory reign of Vespasian, they provided a safe haven for the remains of Saints Peter and Paul. Tours are offered in several languages and last about 45 minutes, with moderate stair climbing.

The 1st level is now almost completely destroyed, but frescoes, stucco work and epigraphs can be seen on the 2nd level. There are also three perfectly preserved mausoleums and a plastered wall with hundreds of invocations to Peter and Paul, engraved by worshippers in the 3rd and 4th centuries. There's even a section of pagan Roman tombs.

Above the catacombs, the basilica, a much-altered 4th-century church, preserves one of the arrows allegedly used to kill St Sebastian, and the column to which he was tied. It's also home to the last sculpture created by Gian Lorenzo Bernini, a marble bust of Jesus known as the Salvator Mundi (1679).

The catacombs are open from 10am to 5pm Monday through Saturday, with the last entrance at 4:30pm. They are closed in December.

Standard tickets are € 8 ($9.72), and reduced tickets for ages 7-16, students and priests are €5 ($6.08). For more specifics, check the Catacombe di San Sebastiano website. Children under 6 and caregivers for people with disabilities are free.