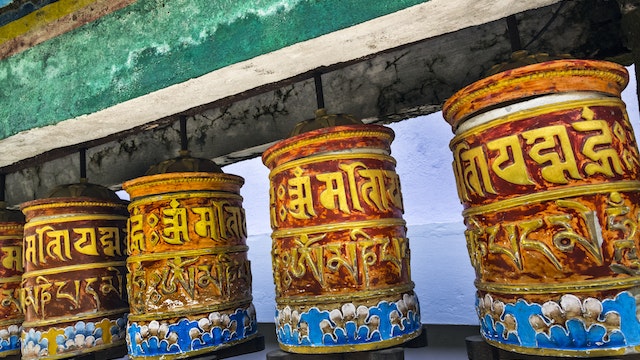 Rumtek is Sikkim's most spiritually significant monastery complex. It's essentially a self-contained village with a colourful main prayer hall that was built (1961–66) to replace Tibet's Tsurphu Monastery, destroyed during the Chinese Cultural Revolution (though since rebuilt). The interior's centrepiece is a giant yellow throne awaiting the long-overdue coronation of the Kagyu spiritual leader, the (disputed) 17th Karmapa. The main claimant, Ogyen Trinley Dorje, currently resides near Dharamsala due to the Karmapa controversy, sensitivity over which explains all the armed soldiers and why foreigners must show their passport and Sikkim permit on entry.

Behind the monastery, stairs rise beside the distinctively painted Karma Shri Nalanda Institute of Buddhist Studies, leading quickly to a smallish room containing an ornate Golden Stupa (closed approximately 11.30am to 12.30pm). Studded with turquoise and amber gemstones, it's the reliquary of the 16th Karmapa, founder of the current complex and considered almost a saint hereabouts.