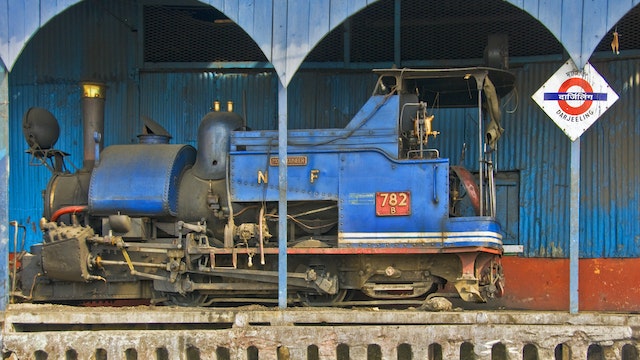 The Darjeeling Himalayan Railway, known affectionately as the toy train, made its first journey along its precipice-topping, 2ft-wide tracks in 1881 and is one of the few hill railways still operating in India. It has had Unesco World Heritage listing since 1999. Two-hour 'joy rides' from Darjeeling to Ghum and back satisfy most people's toy-train urges. There are normally around six of these pulled by antique steam locomotives daily, and three or so with diesel engines.

Just one (diesel-powered) train in each direction daily makes the whole 88km (seven-hour!) trip between New Jalpaiguri and Darjeeling; another runs just from Kurseong to Darjeeling and back.