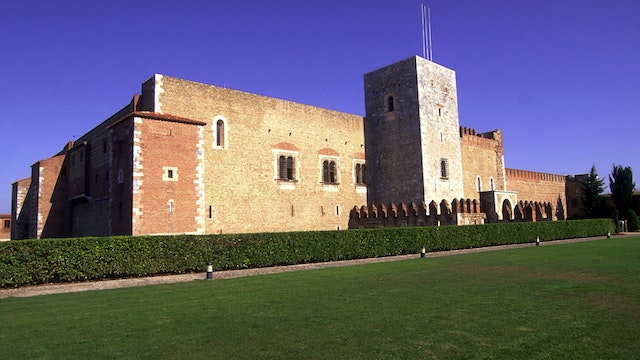 Perpignan’s most dominant monument, the Palace of the Kings of Mallorca sprawls over a huge area to the south of the old town. Built in 1276, the castle was later refortified with massive red-brick walls by Louis XIV's military engineer, Vauban. These days the star-shaped citadel is sparsely furnished, but its great battlements and strategic defences still give a sense of the Mallorcan kings’ might. Views from the ramparts stretch over Perpignan’s terracotta rooftops to the coast.

Built in a mix of late Romanesque and Gothic styles, the castle is arranged around three courtyards, with a system of ramps, pinch points and ramparts providing a formidable defensive layout. The central courtyard, with its twin arcaded tiers, clearly shows the influence of Spanish architecture, and the complex would once have housed extensive fig and olive groves, lost once Vauban’s formidable citadel walls enclosed the palace.