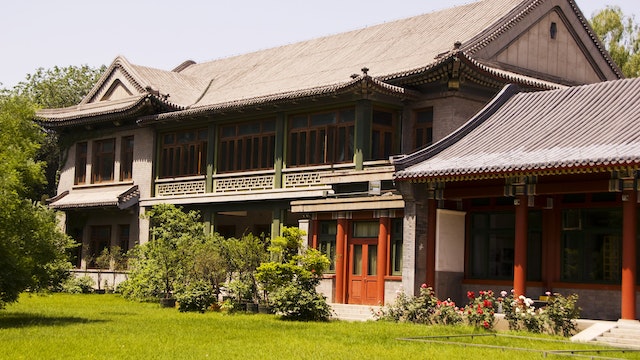 Set in well-tended gardens on the north shore of Houhai Lake, this is the mansion of Madam Song, venerated by the Chinese as the wife of Sun Yatsen, first president of the Republic of China. The buildings preserve her stylish living quarters, an 'ideal home' of 1970s China, while an attached museum takes visitors through the story of her astonishing life.

Song Qingling (Soong Ching-ling) was the second wife of Sun Yatsen, a man 26 years her senior when they married in 1915, four years after the revolution that established the Republic of China. A revolutionary herself, she permanently broke with her family and sided with the Communists during the Civil War. For the victors, Madam Song became a symbolic link between their own socialist revolution post-1949 and Sun's earlier revolution. After her death in 1981 she was named Honorary President of the People’s Republic of China, and her residence was opened as a museum a year later.