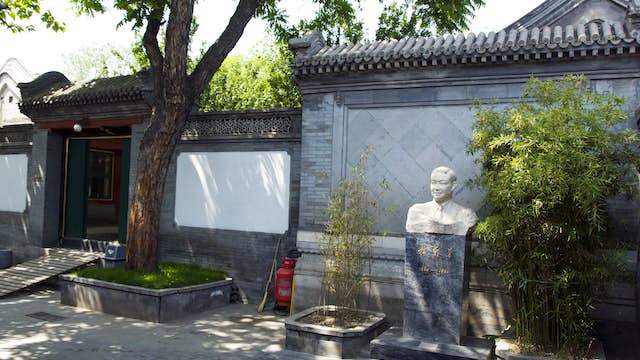 A place of pilgrimage for Peking opera aficionados, this sleepy sìhéyuàn (courtyard mansion) belonged to Mei Lanfang (1894–1961), acclaimed as the 'queen of Peking opera' for his dàn (female roles), which were said to have influenced Charlie Chaplin. Mei's living quarters have been preserved, while exhibits present his pioneering career via old photographs, artefacts and video performances.

If you're keen to know more about Mei, Forever Enthralled is a 2008 biopic of his life directed by Chen Gaige, Cannes Palme d'Or winner in 1993 for his Peking opera masterpiece, Farewell My Concubine.