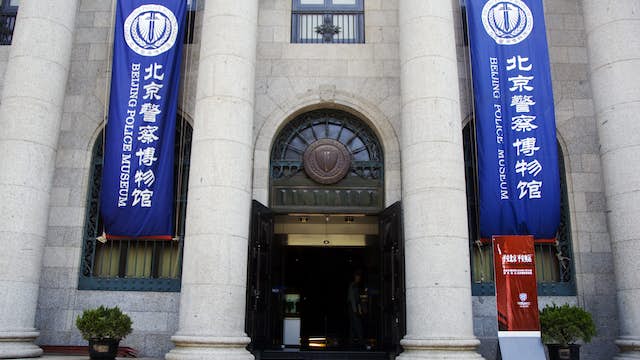 Propaganda notwithstanding, this is an engaging foray into the storied history of Beijing’s police force. Learn how China's first Security Bureau (PSB) college operated from the Dongyue Temple in 1949, and how a pair of KMT spies plotted to fire a mortar at the Gate of Heavenly Peace during the CPC's first anniversary celebrations. Entry is free, but passports are mandatory.

There's even a bitter analysis of how the Beijing PSB was effectively dismantled during the Cultural Revolution, referred to cryptically in English as the 'special historical period' or China's 'domestic turbulence'.

The museum is housed in the erstwhile Bank of New York building (1914) in the former Legation Quarter. The interiors are new, but the cast-iron lift shaft seems to be original.