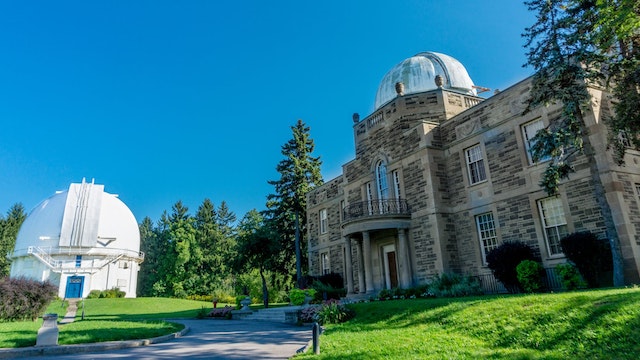 About 33km north of downtown Toronto, the David Dunlap Observatory houses Canada’s largest optical telescope (the reflector measures 1.88m). On Saturday evenings (and Fridays in high summer) the observatory presents introductory talks on modern astronomy, followed by some interplanetary voyeurism. Check that weather conditions are favorable and book ahead for tickets. Some viewings don't allow children under 13.

Take the subway north to Finch station, then transfer to the 91 Bayview bus (operated by York Region Transit) and request a stop at Hillsview Dr, from where it's a 1km walk to the observatory. Otherwise, drive north on Bayview Ave past 16th Ave to Hillsview Dr, turn left onto Hillsview Dr, then head 1km further west until you see the white dome on your left.