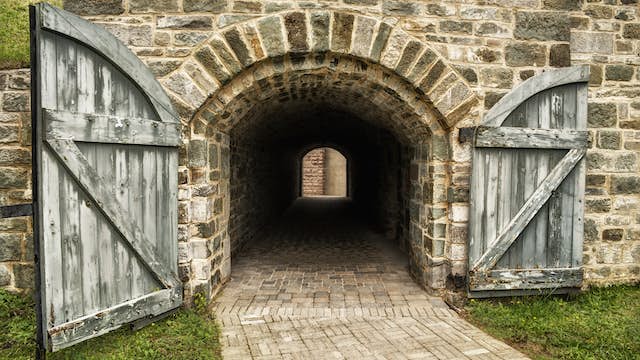 Covering 2.3 sq km, North America's largest fort was begun by the French in the 1750s but what we see today was constructed by the British over 30 years from 1820 and meant to defend the city against an American invasion that never came. A one-hour guided tour takes in numerous historical structures, including the King's Bastion and the reduit used later as a military prison. Visit the museum dedicated to the Royal 22e Régiment on your own afterward.

Today the Citadelle is the base of Canada's Royal 22s (known in bastardized French as the Vandoos, from the French for 22, vingt-deux). Founded in WWI, the regiment – the only French-speaking one in Canada – earned three Victoria Crosses in that conflict and WWII. Tours depart every 15 minutes to an hour depending on the season, with French- and English-language tours alternating throughout the day. From late June through October, lantern-lit evening tours (adult/child $20/18) are also offered. Summer-only events (late June through early September) include a changing of the guard at 10am daily and the beating of the retreat (6pm Saturday), which features soldiers banging on their drums at shift's end. The Governor General's Residence, which can also be visited on a guided tour, is in the same complex.