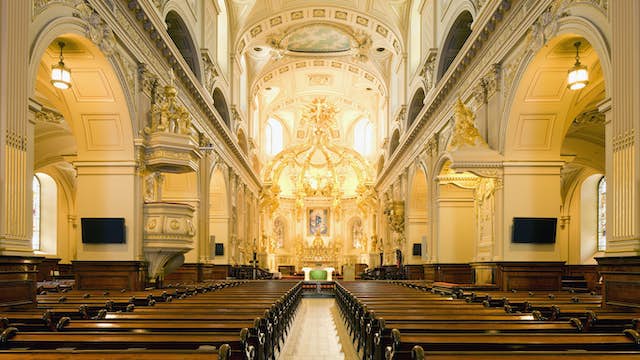 Québec's Roman Catholic basilica got its start as a small church in 1647. Despite frequent fires and battle damage over the ensuing years, especially during the Siege of Québec in 1759, the church was repeatedly rebuilt, ultimately becoming the much larger cathedral you see today. The interior is appropriately grandiose, though most of its treasures didn’t survive a fire in 1922 that left behind only the walls and foundations. It reopened in 1925.

Between mid-May and early September, guided tours ($5) allow you to visit the basilica's crypt and ossuary; check with the shop to the left of the main entrance for schedules. Everyone from four governors of New France to archbishops and cardinals has been laid to rest down here.