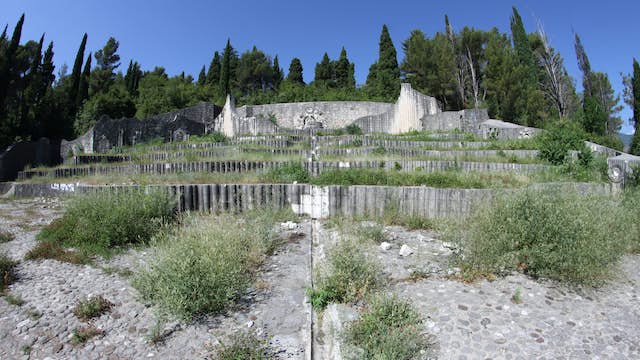 Although this cemetery is sadly neglected and badly vandalised, fans of 20th-century socialist architecture should seek out this magnificent memorial complex, designed by leading Yugoslav-era architect Bogdan Bogdanović and completed in 1965. Paths wind up past a broken bridge, a no-longer-functioning water feature and cosmological symbols to an almost Gaudi-esque upper section made of curved and fluted concrete, which contains the graves of 810 Mostar partisans who died fighting fascism during WWII.