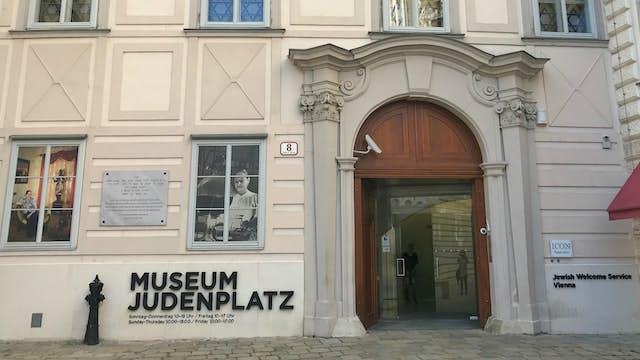 The main focus of Museum Judenplatz is on the excavated remains of a medieval synagogue that once stood on Judenplatz, with a film and numerous exhibits to elucidate Vienna's Jewish history. It was built in the Middle Ages, but Duke Albrecht V’s ‘hatred and misconception’ led him to order its destruction in 1421. The basic outline of the synagogue can still be seen here. Combined tickets to the Museum Judenplatz and Jüdisches Museum are valid for four days.

After entering the museum you watch an informative 12-minute video (with English subtitles) on Judaism, the synagogue and the Jewish quarter. Next up are the excavations, after which visitors can search the databases for lost relatives or friends. Glass cases containing fragments, such as documents from Jewish history in Vienna, are dotted throughout the museum. An audio guide costs €2 (in German and English; there's a special children's version, too).