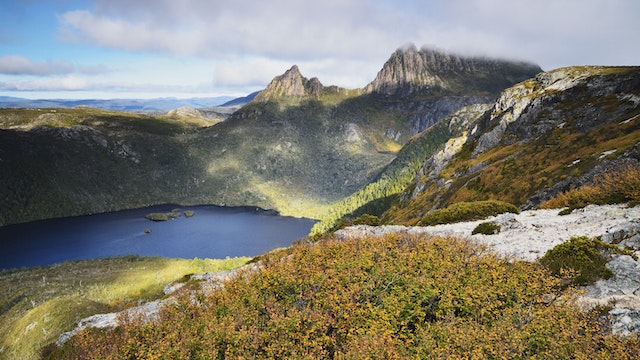 Part of the World Heritage–listed Tasmanian Wilderness, this 1614-sq-km national park incorporates the state's most famous mountain (the eponymous Cradle Mountain), two of its best-known lakes (Lake St Clair and Dove Lake) and seven of its 10 highest mountains. It is effectively a park in two parts: the northern section around Cradle Mountain, and the southern section wrapped around Lake St Clair. The famed six- or seven-day Overland Track stretches between the two sections.

The preservation of this region as a national park is due in part to Austrian immigrant Gustav Weindorfer and his wife Kate, who built a chalet out of King Billy pine here in 1912 and called it Waldheim (German for ‘Forest Home’). Today the area around their chalet, which was demolished and rebuilt in 1976, retains the name Waldheim.

Changes introduced in 2018 mean that private vehicles can no longer drive to Dove Lake from Cradle Valley between 8am and 6pm from October to March, and from 8.30am to 4.30pm April to September. Frequent park shuttle buses provide access during those hours.