West of the Yellow River: a faraway journey through Gansu

No people. No sounds of any kind, really, except the unseen wind whipping against a lonesome rock formation some distance away. It’s hard to say how far. The sun glints through a bright blue dome, giving everything in your peripheral vision a hazy, washed out effect. Standing in the middle of the desert in one of China’s most remote provinces, you feel dreamily far away from everything.

Gansu is one of China’s least populous provinces, and though it’s fair to say that its capital, Lanzhou – a city of 3.6 million – is more than busy, the reason to come here is to feel removed.

A slender region along the old Silk Road, Gansu is a place to see the end of the Great Wall, to learn how Buddhism spread serenely across Asia and to walk in Marco Polo’s footsteps across immense landscapes.

The good news for travellers is that Gansu has seen quick development in recent years: new high-speed train lines, upgrades to tourist sites and a general easing of what was once a very dusty journey indeed. All of these improvements but a relative lack of visitors, at least for now, make this the time to experience the province's vastness all to yourself.

Gansu’s arid landscape builds from the flat, sandy Gobi Desert lowlands to a 5500m apex in the Qilian Mountains in the south part of the province. Its elongated mid-section (Gansu is often likened to the shape of a gourd by the Chinese) is a narrow valley fronted on both sides by dry hills. This, the Hexi Corridor (named ‘河西’ for it is west of the Yellow River), was the final tubular realm through which banished souls of bygone ages traversed before exiting the Chinese empire for good. Along the way, the Yellow River and her friends dig ravines. Summer monsoon showers carve peculiar shapes into baked-dry hills built from the colours of autumn.

The list of Gansu’s must-see landscapes reads like a poem: Elegant Mercury-Red Park, Vast Connecting Mountains, Red Cloud Landform. Follow the Yellow River to a dam near Linxia and you will find small, sharp grey hills pricking the sky above a still, green reservoir, overseen by the grand Buddha at Bingling Si. In Dunhuang, clamber up Singing Sands Dune, where the particles croon in western winds, to an ocean of sand mountains – the Taklamakan Desert stretches out from here to the back of beyond. To get down again, a stable of sand-sleds await those who don’t mind getting grains in every orifice.

Just west of Zhangye, picture-snapping dreams come true in multi-coloured clay hills that have been called the ‘rainbow rocks’. Orange, red, yellow and blue mix into fiery strata like sunsets, bluff upon bluff. Over the last several years, new infrastructure has been installed – wooden walkways, buses and railings – which facilitate visitors and protect this delicate geology. Arrive early to see the vistas in thin dawn light, and bring a jacket in case of the odd snow, even in late spring.

And then there are the bizarre rock formations of Yadan National Park, nearly 200km across a flat layer of dust from Dunhuang. Then, suddenly, a mirage-like fleet of odd brown shapes rises: these eerie eroded rocks backdropped the dramatic end of Zhang Yimou’s cinematic masterpiece, Hero. To get here, you must pass the literal end of the Great Wall at the Jade Gate Pass: an adobe relic dating to the Han dynasty (202BC-220AD).

Food paradise in the noodle capital

Lanzhou’s hand-pulled noodles (拉面, lāmiàn) are famous all over China – from Beijing to the tiny towns of Zhejiang province, you’ll find at least one family-run restaurant selling their own version of this speciality. The clue is in the name: dough is rolled and prodded by skilled noodle masters, then rolled again, cut and stretched by dancing hands into spaghetti-like strands most typically served in steaming beef broth with chilli and herbs. It’s not hard to find a place to sample these noodles – small restaurants on almost every street corner in Gansu will sell you a freshly pulled bowl for less than your day’s bus fare, but in Lanzhou don’t miss Mazilu Beef Noodles, which has been serving up a perfected recipe since 1954.

Beyond brimming-over noodle bowls, Lanzhou sizzles with food culture. Red-tented markets take over narrow streets, where pedestrians vie for space amongst hawker stalls come nightfall. Under strings of bare bulbs, street cooks grill up skewered meats and charcoal-grilled vegetables, freshly fried potato crisps, and more adventurous offerings like whole sheep heads. And there are plenty of big bottles of local Huanghe Beer to wash it all down.

The most visible mark of Silk Road legacy in Gansu is the string of grand Buddha statues and grottoes that line the Hexi Corridor from the Xinjiang border all the way down to Xi’an. Along with silk, Buddhism was the major and lasting commodity traded down this route. Ancient travellers brought texts and ideologies with them from India, establishing monasteries along the pathways over the Himalaya. The further east they moved, the more that Indian traditions mixed with local Chinese folk religions, resulting in a wonderful panoply of colourful deities at once familiar and unique.

Not to be missed are the giant statues of Sakyamuni at Bingling Si (which also has an incredible collection of well-preserved grottoes and sees almost no visitors) and Tiantishan (the Buddha’s zen countenance here looks serenely out over a reservoir). Maiji Shan will make your jaw drop with its giant Buddha and pair of bodhisattvas carved into a sheer red cliffside, where grottoes are connected by vertiginous scaffolds. And at Mati Si, rainbow strings of prayer flags thread together head-bumpingly narrow grotto-caverns up in the mountains.

The grandfather of Gansu’s Buddhist sites is Mogao, a group of grottoes where the most extensive set of texts was discovered in the early 20th century, including the elusive Diamond Sutra, the world’s earliest surviving, dated printed book. Though many of the most important relics were later sold or taken, a visit allows a peek inside darkened caves, where breath is stolen by illuminations of swirling azure beings painted in the brightest Central Asian lapis lazuli – a glowing testament to just how far goods travelled on the Silk Road. And it’s a good time to go: in 2015, the site received a huge upgrade, with a new visitor’s centre and infrastructure easing access to the delicate caves.

In the south part of Gansu, Labrang Monastery is the largest Tibetan Buddhist monastery outside of the Tibet Autonomous Region, where travellers can join pilgrims making their prostrations while walking the kora circuit and spinning wooden prayer wheels. The high-altitude village of Langmusi on the Sichuan border offers a glimpse of true Tibetan life in chilled-out cafes and temples.

Getting around Gansu was once a more harrowing adventure, and while there are many bumpy buses still to be found in this part of China if you want them, new high-speed rail links and upgraded services mean you can get around in more comfort, or on a shorter itinerary. Watching the setting pink rays change into a cast of twinkling stars over the Gobi through the window of a trundling train is surely the most enchanting way to take in Gansu’s cinematic scenery.

Three weeks will offer completist travellers the time to see everything, but with even ten days you can hit the highlights. Start your journey flying into Lanzhou, where a brand new metro system will ease the city’s clogged traffic by the end of 2017. A brief bus or train east takes you to Tianshui to see the vertical grottoes at Maiji Shan, and then south to Bingling Si’s reservoir-side giant Sakyamuni, and onwards to Xiahe and Langmusi for several days of Tibetan pilgrimage.

Circling back to Lanzhou, the Y667 is a sleeper train designed for tourists that crosses the province, offering everything from comfy seats to deluxe ensuite sleeper compartments with two beds. You drift off as the desert rolls by and wake up in Dunhuang. Plan several days here to take in the relaxed vibe, go sand-sledding on Singing Sands Dune, gaze in on the grotto treasures at Mogao and get out into the vast nothingness of Yadan National Park.

Then utilise the high-speed rail line to reverse your course eastwards back to Lanzhou, making overnight or multi-day stops along the way in Jiayuguan (for its famous fortress), Zhangye (for the rainbow rocks at Danxia National Geopark) and Wuwei (to gaze up at one of the most remote giant Buddhas in China). Fast trains mean you only need a couple of hours transit time to reach your next destination, making the way zippy and comfortable, and allowing plenty of time for sightseeing, noodle-slurping and contemplating the vastness of the universe as you go. 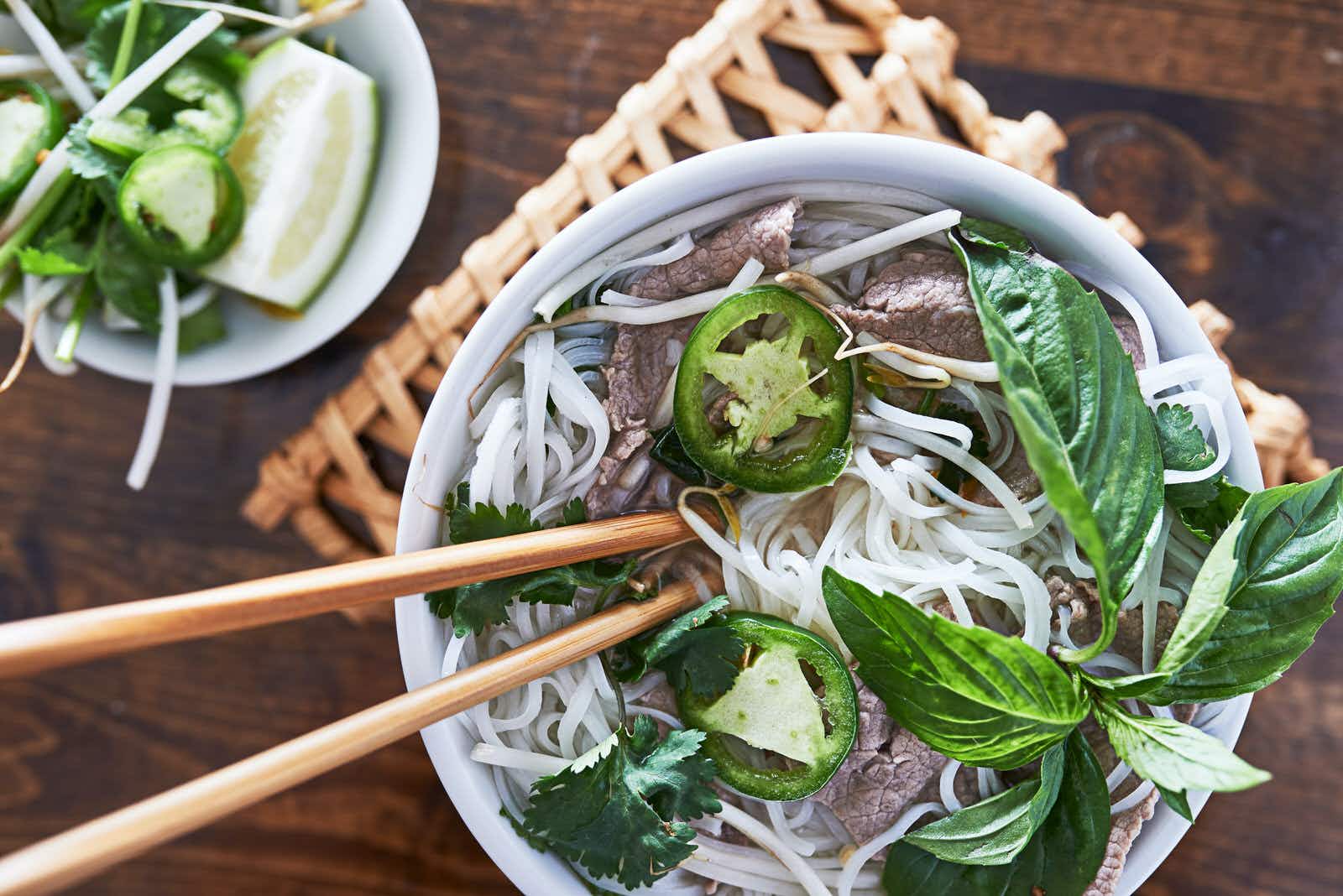 How to survive a hangover on the road