Ancient Rome: the best places to embrace it (in Tunisia)

The ancient Romans need no introduction: at the height of their ambitious empire, they claimed some 5 million sq km of land, an impressive taking about half the size of modern Europe. The Roman ruins in Italy are well trodden – too well trodden, many would argue – but those in Tunisia, and elsewhere on the southern side of the Mediterranean Sea, are equally lovely and much less visited. Plus, they can be visited for a fraction of the price of those in Italy.

Modern-day Tunisia was Africa to the ancient Romans, and it was the name they bestowed on this little outcrop sticking out into the Mediterranean. Roman Africa was the empire's breadbasket, and it shipped olives and grains across the Med, growing fat from the proceeds. Incredibly intact ruins of affluent ancient cities are dotted across Tunisia's entire landscape, so numerous that many of the sites remain unexcavated and unknown. Here are the best places to see the remnants of Rome in Tunisia.

The colossal Unesco-listed colosseum at El Jem was the second largest in the Roman empire, and it's only slightly smaller than the much more famous iteration in Rome. Thought to have been constructed in the 3rd century AD, this amphitheatre could seat 35,000 spectators, far more than the population of the town of El Jem. The southern side of the colosseum is the best preserved, and visitors today can scramble up to the upper tiers of bench seating and imagine themselves egging on the gladiators and the beasts brought for their entertainment. For a behind-the-scenes look, two underground passageways – where these ill-fated victims would have spent their final few moments – are also open for exploration.

Dougga is one of the most beguiling ancient Roman cities in Africa. Thanks to the remarkably complete streetscape, it’s easy for you to feel like one of the well-heeled Roman residents who called this place home. The city had all that an ancient Roman could ask for: multiple bathhouses, a smattering of temples dedicated to various gods of the pantheon and a 3500-seat theatre with panoramic views of the surrounding countryside.

Desert odyssey: planning your trip to the Tunisian Sahara

Don’t miss the town's most impressive feature, the stark Capitole, which was dedicated to the triad of Roman gods Jupiter, Juno and Minerva. Six fluted columns standing 8m high still hold the preserved pediment aloft, which shows emperor Antoninus Pius being lifted away by an eagle into the heavens. As the original settlement here was the ancient Numidian town of Thugga, you'll also find a spaghetti tangle of streets, which is completely out of character for the geometric street-grid-loving Romans.

Just back from: Tunisia

Anchoring the somewhat forlorn town of Sbeitla in central Tunisia, the expansive ruins at the Roman site of Sufetula showcase the ancient city within the new. Here you’ll find the best preserved Roman forum in the country, dominated on one edge by three imposing temples that are dedicated to the three deities that were worshipped on Rome’s Capitoline Hill: Jupiter, Juno and Minerva. But Sufetula’s Capitole design is unique, as these gods weren’t to be worshipped separately in their own temples: small bridges connect the three structures and provided access to the central temple, which does not have its own entry steps.

Exploring the Berber towns and culture of Tunisia

The bountiful countryside, ideal for olive growing, ensured that Sufetula persisted long after the decline of the other Roman towns, and the Byzantines made it their regional capital, elevating it to the centre of Christianity in North Africa until it was sacked by the Arabs. Unlike many other Roman sites in Tunisia, Sufetula has a huge number of churches, some of which still have their mosaic-laden baptismal fonts in situ.

Blissfully isolated, yet only an hour’s drive from Tunis, tongue-twisting Thuburbo Majus sees few visitors. In spring, when the wildflowers blossom, it can feel like a proper nature reserve where the only sounds are chirping birds and wind rustling through the long swaying grass.

Constructed in the 2nd century AD, this city was a colony for Roman war veterans, many of whom boosted their egos by sponsoring the costs of public buildings and mosaics (so that their names could be engraved on them for eternity). The Palaestra of the Petronii is the best surviving example of this tradition; the family of Petronius Felix paid for the construction of this gymnasium complex in AD 225. Its Corinthian columns, made of an unusual yellow-veined grey marble, propped up the portico, and today one row remains standing with the help of scaffolding (it still holds aloft a Latin inscription). In the southeastern corner of the building, some letters are carved into the floor, part of a game used to learn the alphabet.

Despite being the best collection of Roman ruins closest to Tunis, Uthina sadly still falls off most travellers’ radars. Little is known about the details of the livelihood of Uthina, but it’s one of the Roman empire’s original cities in North Africa, and the restored Hadrian-era 16,000-seater amphitheatre is one of the finest in the country. Thanks to recent funding, the amphitheatre's basement – where felons and wild animals waited before being thrust in front of the crowds to brawl until the end – is now accessible to visitors. Be sure to check out the lararium, a painted niche where the forced entertainment gave offerings to ask for protection.

Medina meanders: exploring the old walled city in the heart of Tunis

At the top of the site is the columned Capitole. Incredibly, at this spot there was once a farmhouse of a 20th-century French colonist who unsympathetically built it here; it was only demolished when Uthina became an official archaeological site in 2008. Uthina also has some fragments of World War II history: the big bathhouse was used to store arms, but it was damaged by explosions, marked by the wonky collapsed brickwork east of the Capitole. 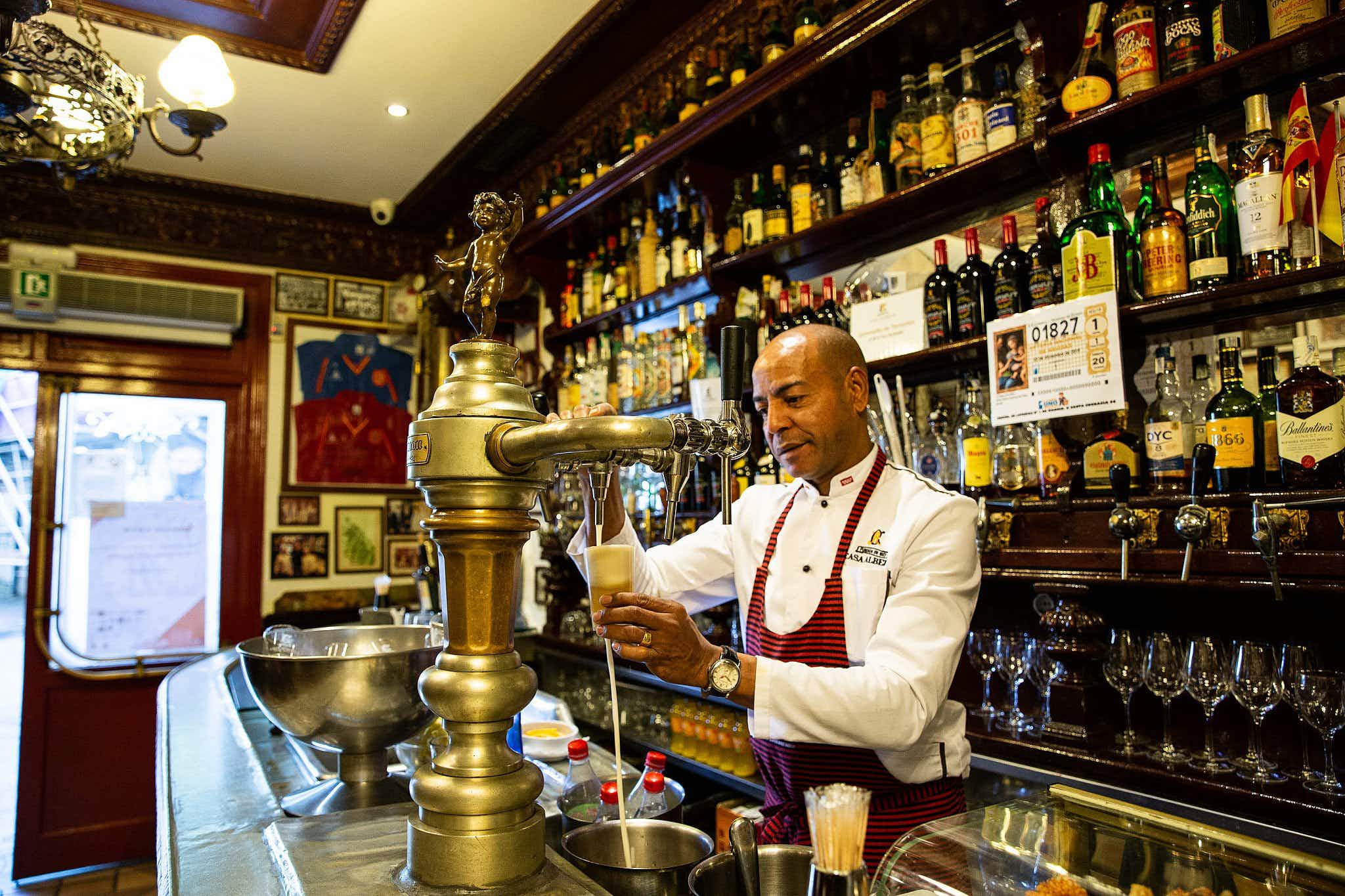 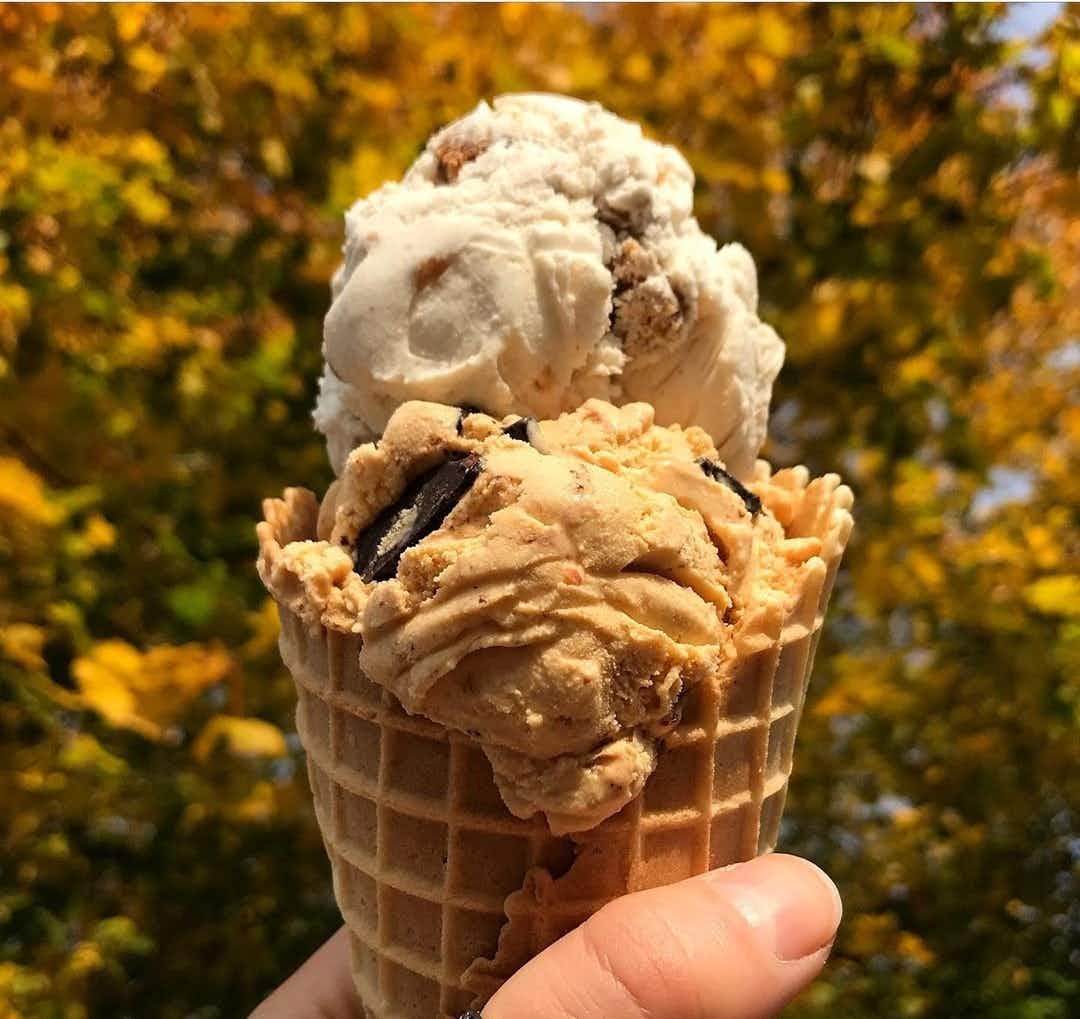 Fall in love with these autumnal ice cream flavors