Ranging from silly stocking fillers to useful travel items, these gadgets tackle problems that every traveller will recognise. Some of them just make us smile at their novelty, even if we won’t be using them. Oddly, no matter how ridiculous the items, they may still give you itchy feet for your next big trip.

Here’s a way to beat those budget airlines with their restrictive or non-existent hand-luggage restrictions. The Rufus Roo (www.rufusroo.com) is basically a long vest with extremely deep pockets that can fit a laptop and other heavy items. It looks like the inner lining of a very large overcoat and costs £35 (US$59) – but with fees of up to £100 for checking in excess luggage at the airport, it may well be worth it for an excess emergency. Though it sounds ridiculous, if it becomes really popular, the airlines will catch on. In the meantime, load up those pockets with all three volumes of The Lord of the Rings, a spare jumper and maybe a bag of apples for in-flight snacking. The vest also comes in the smaller Rufus Roo 4 Kids so you can enlist the help of your children too.

If you have ever waited hours in an airport between flights, or taken an overnight train, you might not think the Ostrich Pillow (www.ostrichpillow.com) as silly as it looks. It's a large cushy helmet made of plush sweatshirt material in the shape of a massive bulb of garlic, with two holes to insert your hands. Inside your little world, no light enters and sound is muffled, letting you sleep sitting on an airport bench or face down on the plane's tray table. One noise we're not sure it will block out is the laughter of passersby, because it does look like comedic performance art. Another drawback is that it is a luggage-space hog and leaves you quite vulnerable while you’re in dreamland. There is a ‘light’ version – a thick, oversized eye mask – but where’s the fun in that? 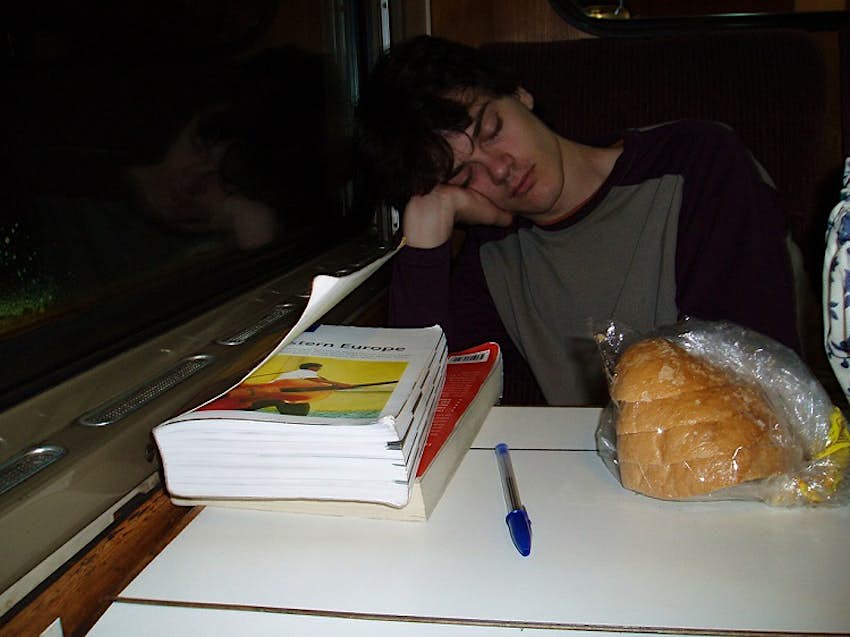 The festival-famous device that assists women to pee standing up makes for a handy backup when your bus stops at a ‘toilet’ (ditch in the ground) you do not want to squat over. That's the Shewee (www.shewee.com), a glorified (specially shaped) plastic funnel. Its cousin, the Peebol, is a fancy, stiff plastic bag filled with absorbent granules that you pee into, converting the granules to a biodegradable gel. The Peebol is more of an emergency device for use on a bus in a developing country with no toilet and no stops. Or for those who'd rather their child go in a bag than the local toilet.

Sometimes on your travels you just want to quickly wash a few pairs of underwear and some t-shirts without going to the laundromat. The Scrubba Wash Bag (thescrubba.com) makes hand washing easier, with its built-in plastic washboard bumps. You put in some clothes with water and shampoo, agitate the bag and, in a few minutes, you have clean clothes without getting your hands wet. It can fit a few pairs of underwear and socks and some t-shirts in one wash, and folds to the size of a soft-drink can for easy transport. 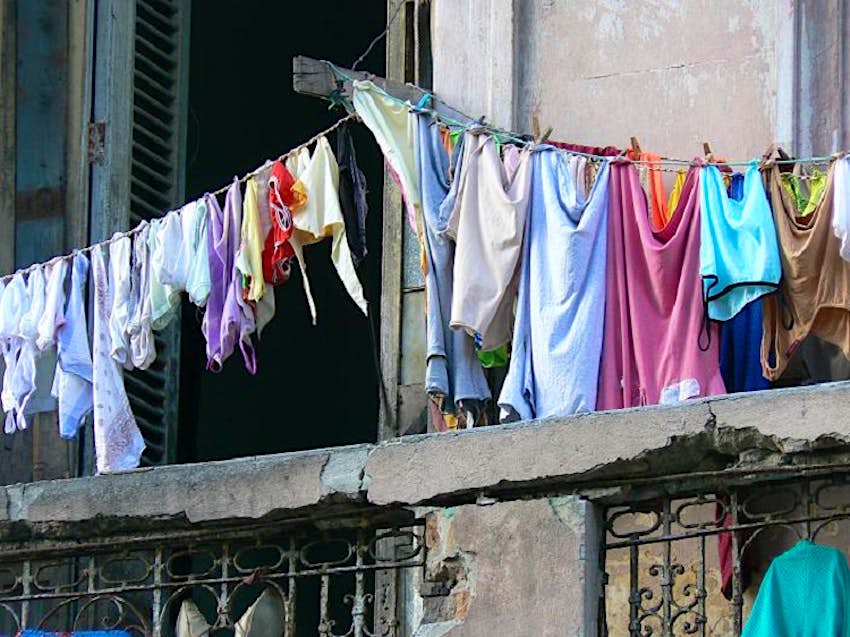 Exactly what it sounds like: this t-shirt (thinkgeek.com/product/991e) has a battery-powered light that glows when wi-fi is detected. The glowing animated bars change depending on signal strength. It's perfect for the wonderfully nerdy traveller.

Who irons when they’re on holiday, anyway? If it’s just the odd wrinkle here and there that need smoothing, this USB-powered gadget the size of a pack of cards will smarten you up. It works more like a hair straightening iron than a regular clothes iron.

Jetlag is the enemy of frequent flyers, who can find themselves tired, lacking concentration and just plain grumpy. Scientist-inventors at Flinders University in Australia claim that their invention, the Re-Timer (re-timer.com), can help these folks bounce back from their long-haul flight more quickly. The Re-Timer looks like a pair of ski goggles without the glass and emits a gentle green light into the eyes to rejig the wearer's natural body clock. Green light is claimed to be the most effective in changing the behaviour of a gland in the brain that triggers hormones for our circadian rhythms and sleep cycles. Travellers put on the device when they want to tell their body it's day, even though it may be dark in their current timezone. The USB-powered device isn’t cheap at AUD$299 (£170 or US$275), but may be worth it for frequent travellers.

You’re camping or on the side of the road with no access to power points, and your phone goes flat. You just need to make one phone call. Carrying a small backup battery is great for these occasions, but you need to remember to recharge it. Step in the hand-powered charger. It works like a fishing reel crank or rotary egg beater, giving you a few minutes of charge per few minutes' cranking, in a smartphone-sized package. You may end up with cramped hands but at least you can make that emergency call.

If you live in a country with dependable sunshine (eg not the UK) you can spare the extra effort and use a solar charger. A few minutes will give you a minimal charge, enough for some texts, but it will take eight hours to fully charge an iPhone. 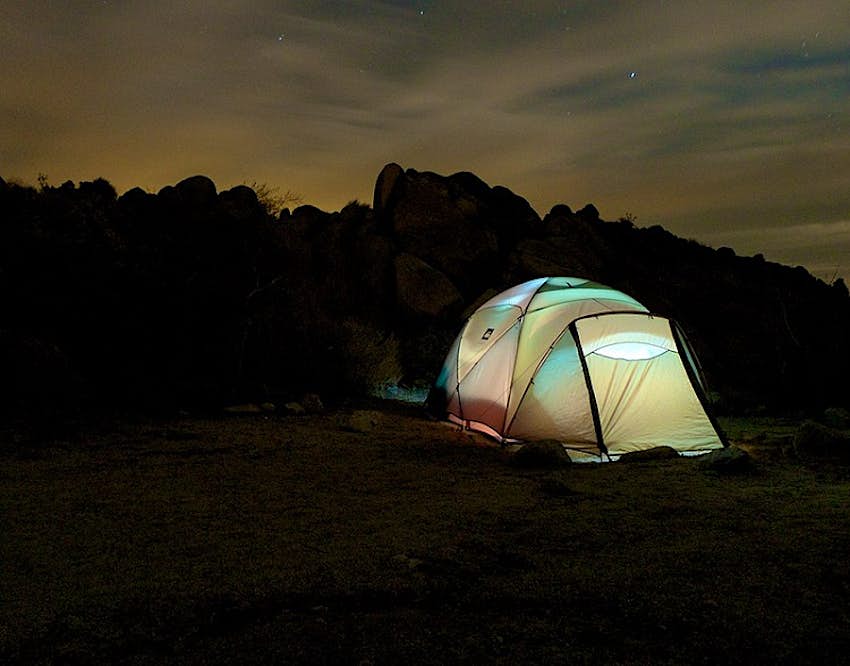 This two-way satellite communication device has messaging capabilities outside of normal mobile-phone signal range. You can also pinpoint where you are with GPS and view maps. Older versions could only send text messages one way, but you can now send and receive SOS messages, even when there is no cellular phone signal. This is because it uses satellite networks and looks like the thick mobile phones with large antennas we remember from the '90s. This is great for hikers, campers and travellers to remote areas of the world, where a regular mobile phone won’t function for calls and texts. The inReach SE could actually be a lifesaving piece of kit, not just a novelty gadget – though Facebook and Twitter posting is available too.

You may have seen those gumball vending machines selling waterless toothbrushes at airports. There are a variety of these devices now, including big names such as the Colgate Wisp. They all work as a miniature brush with a small amount of toothpastelike material that you chew, brush or pick with. Being single-use only, they aren’t sustainable and only recommended if you really can’t wait to brush properly. Toothettes are a similar product that use a sponge head on a lollipop stick to ‘brush’ without water.

Yes, you can buy a jacket that has two fans built into it. This is actually rather useful, or useless, depending on how bothered you are by heat. The Japanese (of course) bomber-jacket invention puffs up with air to cool you down for up to five hours, running on four AA batteries or USB recharging. Naturally it comes in different sizes and styles. Expect strange looks in public.

Phillip Tang loves etymology, foreign supermarkets and animated GIFs. Follow his sparkling rants and photos on travel, technology and how we humans live @philliptang and on Google +. 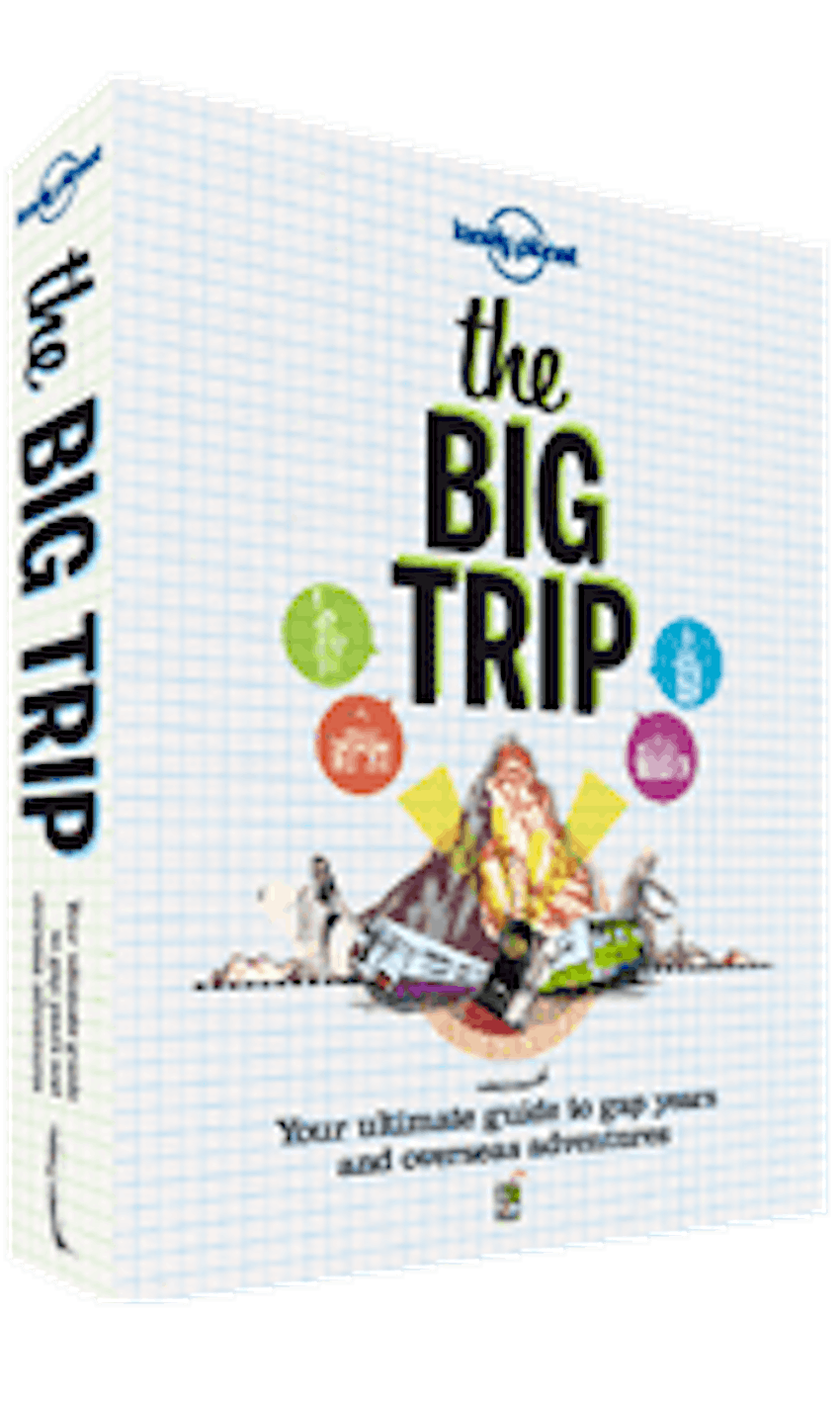 From the basics right through to more gear and gadgets, you'll find everything you need to plan the trip of a lifetime in The Big Trip.

Thousands of accommodation reviews by Lonely Planet authors can be found in our hotels and hostels listings.

Top road trips from US cities for the ultimate remote vacation

Travelers can visit the Seychelles - if they've gotten the vaccine

2 min read • Published about 12 hours ago

A guide to Buenos Aires for digital nomads