Since the 1989 Velvet Revolution, Prague has enjoyed a worldwide rep as a happening city. And it certainly is. There are always new bars and restaurants opening up and festivals going on. But sometimes it's hard to figure out where all this action is actually taking place.

Sure, the historic Old Town is beautiful and Prague Castle and Malá Strana really do have spectacular fairy-tale settings, but these areas can feel a bit staid and mainstream. So, where in Prague does the 14th century meet 2014?

That elusive 'hip neighbourhood' has shifted around over the years, moving along the perimeter of the city from Holešovice to Karlín to Žižkov to Vinohrady. These days, though, it's all happening in a tiny sliver of the southeastern neighbourhood of Vršovice (say: versh-oh-veet-sah), in an area affectionately dubbed 'Krymská corso' after one of the quarter's main streets, Krymská. 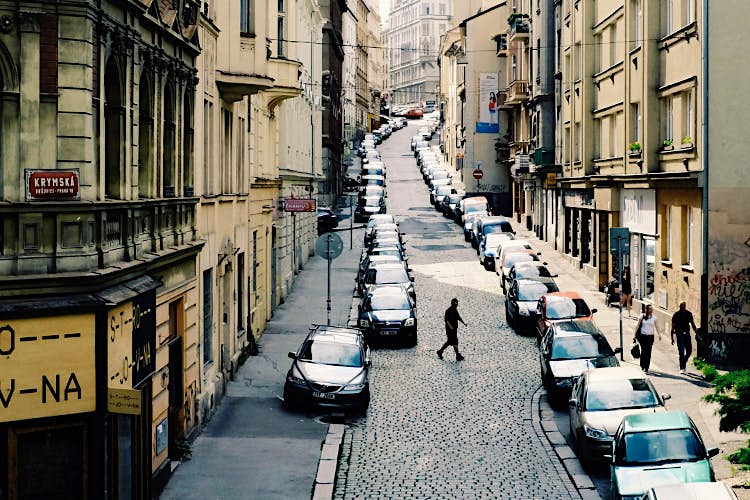 Vršovice spent much of its 1,000 years of existence (it was first mentioned in history back in 1088) as an independent village. As the city expanded eastward in the 19th and early 20th centuries, Vršovice was swallowed up and eventually annexed, becoming the dowdy twin to more glamorous Vinohrady on its immediate north.

The 20th century brought with it a slew of factories and workshops, wedged in among the neighbourhood's faded Art Nouveau townhouses, lending a slightly rundown, working-class feel. It was those very same elements of funky architecture, yesteryear charm and low rents that attracted the first pioneers to area in the mid 1990s, including the English bookshop Shakespeare & Sons.

The bookstore left in 2010, but the space was quickly occupied by the shaggy, minimalist Cafe V lese (cafevlese.cz/en). Paired with another recent arrival to the area, Cafe Sladkovský (cafesladkovsky.cz), the nucleus was formed for a cool and quirky backwater that feels both intimate and authentic. The intervening years have brought a dozen or so pubs as well as boutiques, a vegan restaurant, and an impromptu performance space hived out of an abandoned movie theatre. In short, it's great place to chill after you've seen the Old Town and Prague Castle. 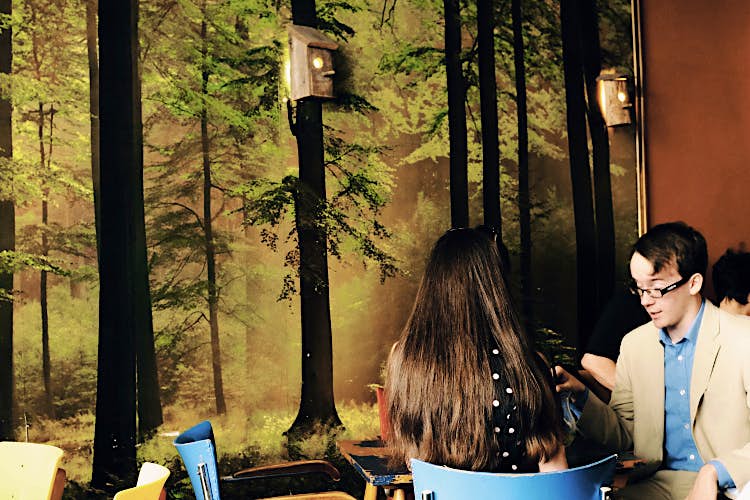 Begin your exploration of the neighbourhood at one of the cafes where it all began: V lese or Sladkovský. V lese is a thoroughly likeable, eclectic affair, with rickety tables and thriftshop chairs done out in retro pastels. There's a big poster on the wall of some trees, a reference to the cafe's tongue-in-cheek name, which translates as 'Cafe in the Woods'. You can choose from a full menu of coffee drinks and cocktails as well as some light food. A popular music club downstairs brings in some of the best Czech and international rock and indie acts.

Cafe Sladkovský, with its funky retro-print wallpaper, tiled flooring and warm red and green decor, feels immediately inviting. They have excellent coffee, as well as wine and beer, but the real draw card here is the kitchen: an international menu featuring tapas dishes, pasta, falafel, hummus, and surprisingly good cheeseburgers. The tables fill to brimming in the evening, when the whole neighbourhood descends for beers and chitchat.

The area's best coffee can be found around the corner on Francouzská Street. Coffee House (coffeehouseprague.eu), at Francouzská 100, is a locally based 'third-wave' roaster, where you can select from various beans and preparation methods. Take your coffee indoors in an airy setting that feels like a farmhouse, or head outdoors to grab a picnic table in the back garden.

For food (beyond the kitchen at Sladkovský), don't miss Plevel (restauraceplevel.cz) at Krymská 2, a vegan restaurant with big wooden tables on two levels. The retro chandeliers and warm flower-print wall covering lend a warm, healthy feeling. Choose from a couple of good-value daily lunch offerings (spiced chick-pea stew on our visit), with one item usually being raw, as well as an array of fruit and vegetable drinks.

After your meal, head around the corner to Šlágr (kavarnaslagr.cz) at Francouzská 72, a throwback 1920s cafe and sweetshop meant to recall the golden era of interwar Czechoslovakia. The big display case is filled with all manner of traditional pies, cakes, and pastries. Our favourite, a větrník, is a kind of overstuffed, cream-filled glazed doughnut. 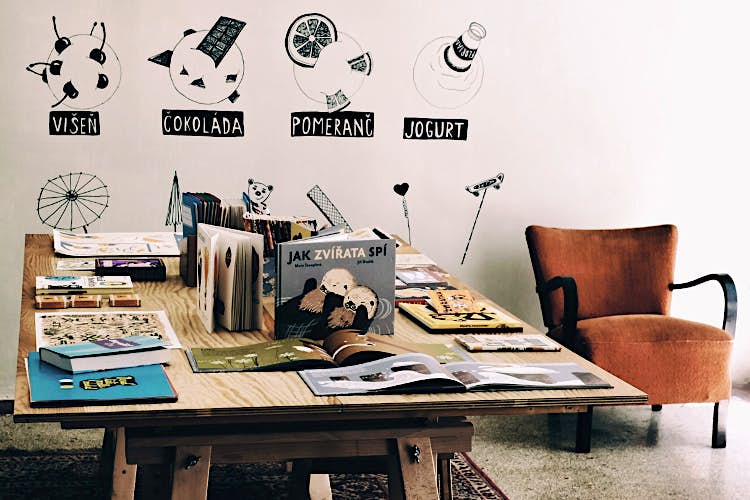 Nightlife options abound. For clubbing, in addition to V lese, there's Pilot Klub (pilotklub.cz), at Donská 19, a s-l-o-w-l-y gentrifying, still pleasingly grotty former cinema that's now used to host bands and happenings. Stop inside to ask if there's something on during your visit. Basement Bar (basementbar.cz), across the street at Francouzská 76, is a more traditional dance club, occupying a handsome brick-lined cellar space that gets crazy-packed on Friday and Saturday nights.

For shopping, small boutiques and vintage clothing outlets are popping up here and there. Boho Vintage Concept Store (boho.cz) at Francouzská 72 next to Basement Bar, sells a, well, boho-inspired line of retro accessories, clothing and home furnishings. We especially love Baobab (baobab-books.net), at Krymská 29, the quirky flagship store of an independent Czech publisher of children's books and prints.

Krymská corso is easy to reach by public transport. Take Metro line A (green) to Náměstí Míru and then hop on tram number 4 or 22 to Krymská (two stops). It's a short walk from there.

If you plan on staying the night in the neighbourhood, look no further than Czech Inn, a flashpacker hostel with chic industrial accents like brushed-steel flooring and metal wall coverings. It offers great-value dorm beds, as well as a number private singles, doubles and apartments. Nearby Vinohrady has dozens of lodging options. One favourite with readers is Holiday Home, a family-owned, no-frills pension just a few minutes' walk from Náměstí Míru.

Prague-based travel writer Mark Baker is the author of Lonely Planet's guide to Prague and the Czech Republic as well as Lonely Planet's Prague Discover guide. Follow him on Twitter @markbakerprague. 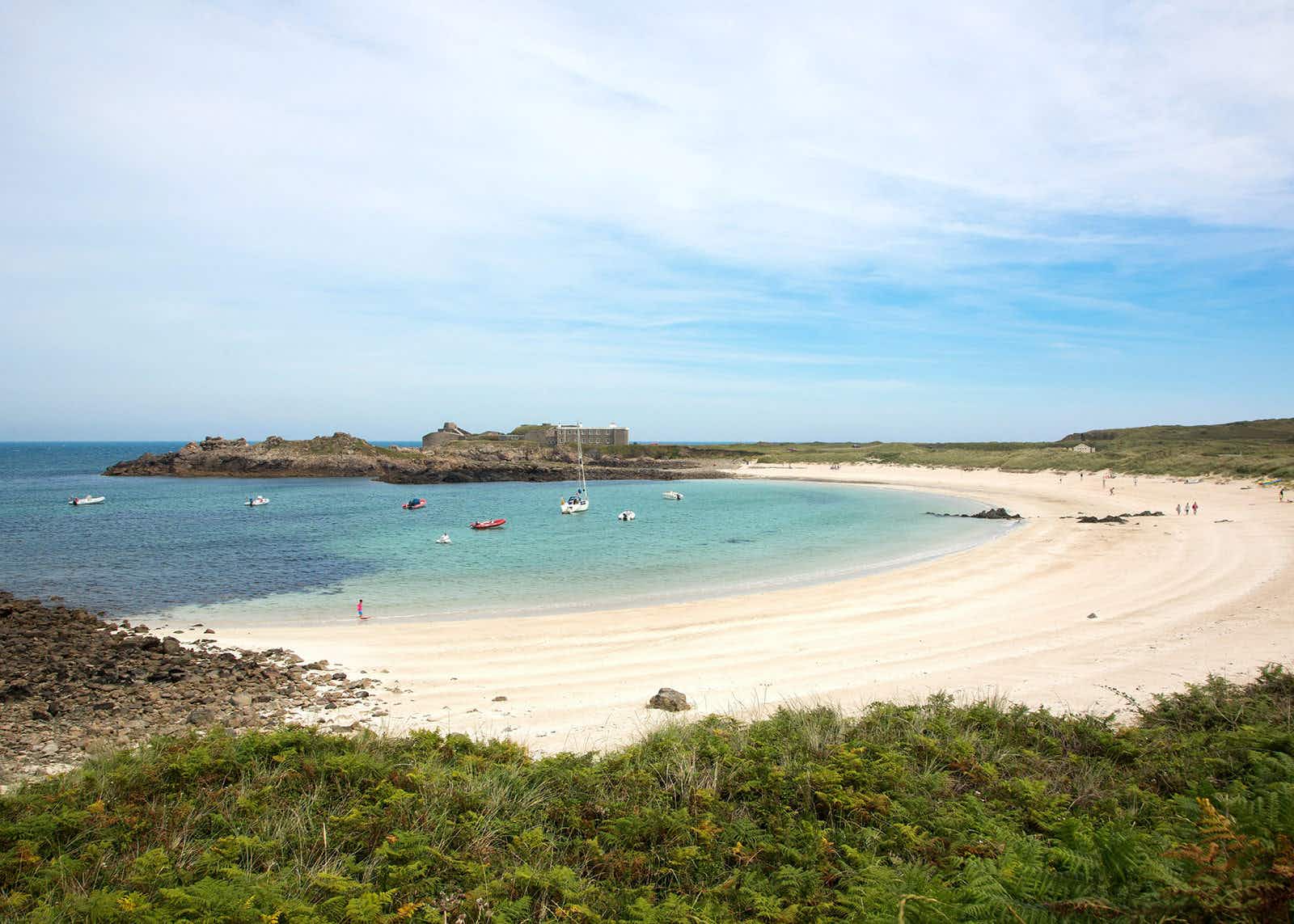 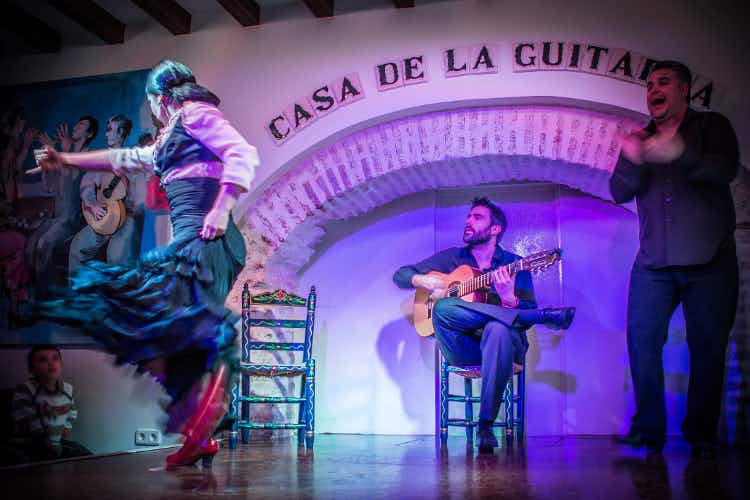