In the remote southern Italian region of Basilicata is the unique and ancient cave-city of Matera, famous for its sassi (stone houses carved out of the caves and cliffs). Haunting and beautiful, the sassi sprawl below the rim of a yawning ravine like a giant nativity scene.

At first sight, the sassi appear as a jumble of faded stone huts - where narrow alleys and stairways lead every which way and streets are sometimes rooftops - but behind the house-like facades are simple caves, inhabited since Paleolithic times. The sassi of Matera tell a tale of poverty, hardship and struggle.

From shame to fame

The city’s history is best immortalised in writer Carlo Levi’s revealing book, Christ stopped at Eboli (published in 1945) - a title suggesting Basilicata was beyond the hand of God, a place where pagan magic still existed and thrived. Inside the cave dwellings, large families lived alongside their livestock and, even as late as the 1950s, without electricity, running water or sewage. In such unhygienic conditions, disease was rife, especially malaria. Instead of sweets or money, children begged for quinine. Reacting to outrage from the general public over the revelations of Levi’s book, the government forcibly relocated the inhabitants of the caves into modern housing in the ‘new town’ on top of the cliff.

Ironically, Italy’s shame drew curious visitors to the sassi, especially after the area was declared a Unesco World Heritage Site in 1993. Matera’s fame has since increased, attracting a trickle of inhabitants back into the caves. Today, many buildings in the sassi are crumbling and abandoned but a growing number have been restored and transformed into cosy abodes, restaurants and swish cave-hotels. For a glimpse into the past, the Casa Grotta di Vico Solitario (off Via Bruno Buozzi) gives an insight into cave furnishings and living conditions of the 1950s.

The best way to experience Matera is to wander through the labyrinthine alleys and streets of the two sassi districts, Sasso Barisano and Sasso Caveoso, where history is etched in the cave dwellings and their traditional house facades, in the pale stones underfoot and the enormous water cisterns below, and in the many rock churches and individual hermitages cut into the ravine.

These chiese rupestri (cave churches) were excavated by Basilian monks fleeing persecution during the Byzantine Empire. Inside the chiese rupestri are faded frescoes painted between the 8th and 13th centuries. Chiesa Madonna delle Virtu and San Nicola dei Greci in Sasso Barisano and Chiesa di Santa Maria d’Idris (which is connected by a narrow corridor to the recessed church of San Giovanni in Monterrone) in Sasso Caveoso are richly decorated in frescoes.

The picturesque landscape of the Murgia plateau surrounding Matera is also pockmarked with abandoned caves, ancient settlements and rock churches. Here, the Cripta del Peccato Originale (the Crypt of Original Sin) is known as the Sistine Chapel of the cave churches for its well-preserved 8th-century frescoes depicting dramatic Old Testament scenes.

How to get the best view

For a stunning view of the sassi, head for the Belvedere on the opposite side of the 200m-deep ravine formed by the Gravina River. At dusk, with the cathedral spire rising above the stone-city and evening lights softening the tufa rock, it’s not hard to see why Matera has featured in many Biblical films including Mel Gibson’s 2004 epic, The Passion of the Christ. Matera’s beauty is unique, its sassi timeless and enchanting. 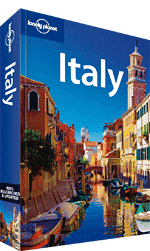