The island-hopper's guide to Korea

Mention Korea and several things probably spring to mind: the division of North and South, the sparkling city of Seoul (headquarters to Samsung, Hyundai and other Korean powerhouses) and Psy’s manic and flashy ‘Gangnam Style’. What’s not commonly known is that the Korean peninsula is studded with hundreds of islands (do, pronounced doe). Some have been converted into protected marine national parks, many are still working bases for fishing folk, while others are famed for their beaches and as holiday getaways. For a not-oft-seen look at South Korea, consider going beyond Seoul and heading to a do or three. 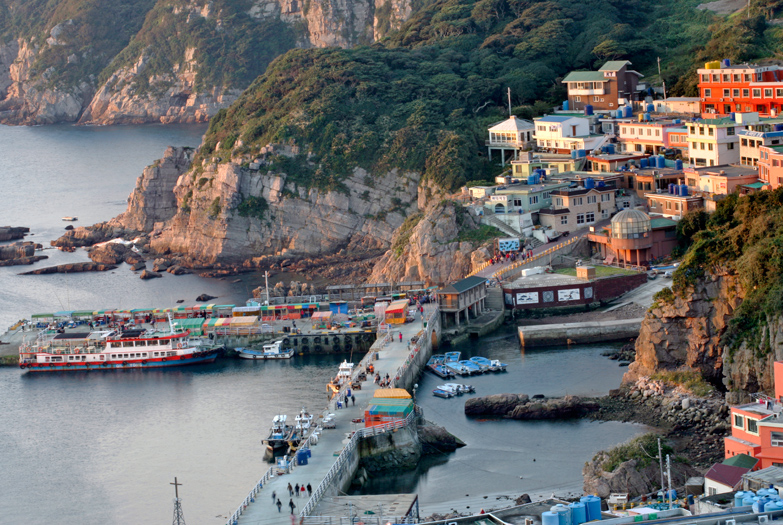 Korea’s largest and most popular island, Jeju-do has long been a popular spot for beach-goers and honeymooners. Avoid the July and August peak and go in early September when the weather is still good. A week or more will give you plenty of time to explore all the island has to offer – hike Hallasan, South Korea’s highest mountain, or hit the Jeju Olle trail, with 26 trails ranging from 5km to 22.9km (the Jeju Olle Foundation website has all the info: www.jejuolle.org). The island has the world’s largest lava-tube cave system at Manjanggul and clutches of white- and black-sand beaches worth plonking yourself on. There are flights to Jeju-do from Seoul, and Jeju-bound ferries depart from Incheon, Mokpo, Wando and Samchunpo.

Don’t miss: Udo, an island off the island of Jeju-do, is a rustic spot with black-lava cliffs and a lighthouse offering panoramic views of the town and fields. 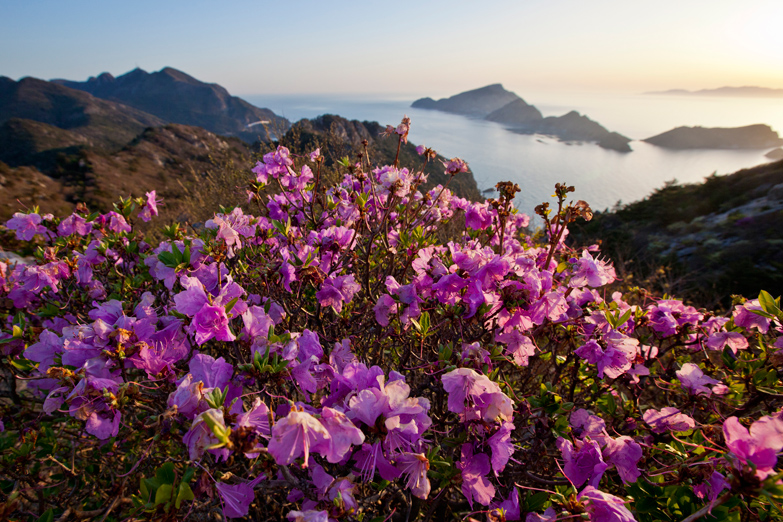 This marine national park covers 1700 (!) islands and islets and occupies much of the coast of Jeollanam-do, the southernmost province of Korea. Head to the town of Mokpo (where the Korea segment of the Formula 1 race is held every October) for ferries to Hongdo and Heuksando. The former is a gorgeous 6km-long island bounded by sheer cliffs, bizarre rock-cut formations and wooded hillsides cut by ravines. Heuksando is a fishing village linked by trails best viewed from the Bonghwadae peak – from the top, you get a real sense of why Dadohae Haesang National Park was so-named (it translates as ‘marine archipelago’).

Don’t miss: Hongdo’s two-hour boat tour is the only way to get a good look at the rock formations surrounding the island. While the loud Korean-only commentary is jarring, the tour ends on a high note when a small boat pulls up to serve sashimi sliced from freshly caught fish.

Jindo, Korea’s third-largest island, is famed for a natural phenomenon known as the Ganjuyuk Gyedo (Mysterious Sea Road). Each spring, the tide drops extremely low, exposing a 2.8km-long 40m-wide causeway that connects Jindo to the small island of Modo-ri. More than 300,000 visitors don rubber boots for the pilgrimage across, after attending the Jindo Sea Parting Festival. Jindo is connected to the mainland by a bridge and you can get a bus across from nearby Mokpo. 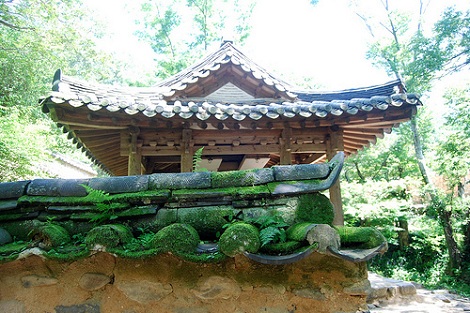 The majestic scenery of Ulleungdo (www.ulleung.go.kr/English) – mist-shrouded cliffs along jagged coastlines, and traditional villages – is built on the foundations of an extinct volcano. Within the island are numerous peaks with gorgeous views of the mountain and sea. The Mineral Spring Park has a cable car that goes across a steep valley, and Taeha-ri in the northwest corner has a monorail that takes visitors on a 304m ride up a sharp cliff. Don’t forget to chow down at one of the island’s many seafood shacks. Get there via ferry from the mining town of Pohang, itself a 4.5-hour bus ride from Seoul.

Don’t miss: a 1.5km walking trail beside the ferry terminal leads to a lighthouse from which you can see the sea crashing into jagged rocks. 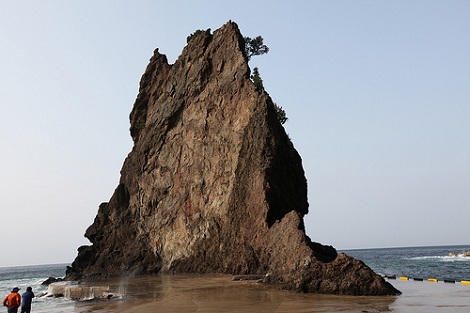 From the industrial port city of Gunsan (itself worth visiting for Japanese colonial-era architecture and its Modern History Museum), jump on a ferry for the 43km ride to the tropical island of Seonyudo. This island comprises three smaller ones connected via bridges, and together they make up a typical Korean island at its lazy best – stunning sunset panoramas, hiking trails with views from jagged peaks, soft sand beaches and plenty of good seafood.

Don’t miss: hiring a bicycle from stands near the ferry terminal is probably the best way to explore the island. In low-crime Seonyudo, most cyclists are happy to leave their bicycle unattended while clambering up rocky trails.

When the Mongols rampaged through the mainland in the mid-13th century, the capital was hastily (and briefly) moved to the island of Ganghwado. Today, the island is connected to the mainland via a bridge and easily visited by bus from Seoul. Its proximity to the mainland means that it has been inhabited in some form since the Bronze Age. Check out the Ganghwa Dolmen Park where Unesco-heritage-listed stone dolmen dot the landscape. The 12th-century Goryeogungji Palace may be a pale shadow of its former self (no thanks to an invading French army circa 1866), but some 2km of walls and three major gates have been renovated and hint at its past glories.

Don’t miss: Bomun-sa is a Buddhist temple with ornate paintings, located high in the pine-forested hills of Seongmon-do. To get here, take a ferry from Oepo-ri, a town on the western side of the island. 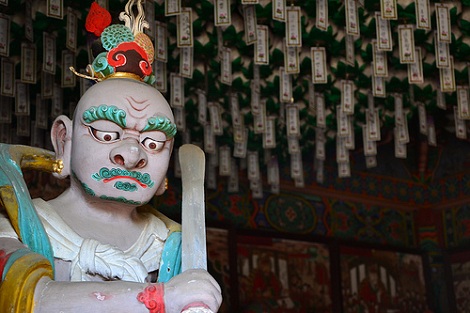 Where should you stay on the islands?

Jeju-do has the widest selection of accommodation, with everything from resorts to boutique hotels, guesthouses and everything in between. There are fewer choices on the other islands: most are serviced by small yeogwan (motel), pension (guesthouse) or minbak (private homes with rooms for rent) – most of these have ondol-only rooms where guest sleep on thick padded quilts laid on the floor.

Korea has an efficient transport system. Rail and bus networks connect cities, and smaller buses get you to most villages, no matter how small. The quickest way to travel is via the KTX fast trains (check schedules and book on their website: www.korail.com/en). The network is continually expanding so check the website for the latest when you’re in situ.

Renting a car makes life much easier as you’ll free yourself of bus schedules. However, note that there are no GPS navigation systems in English, and even Google Maps is in Korean. But it’s not too difficult to learn how to use as the Korean language – comprising a combination of 24 letters – is easy to get the hang of.

Getting to the islands is easy. Jeju-do is the only island listed with both an airport and ferry terminal. There are generally regular daily ferry services to islands (more on weekends), in some cases connecting a few in a loop service. Some of the larger islands are serviced by car ferries – Lonely Planet's Korea travel guide details prices and routes. The Korean tourism website (english.visitkorea.or.kr) is also a good resource for more information.

No matter your method of transport, the biggest challenge will probably be language: it’s hard to find English-language speakers and you should definitely learn some phrases and carry a phrasebook or dictionary. Having your destination written in Korean script is infinitely useful.

Get the full lowdown on the Korean peninsula in Lonely Planet’s Korea travel guide.

Find the perfect honeymoon resorts on Jeju-do or the best guesthouses on the smaller islands with Lonely Planet’s expert-reviewed hotels and hostels in Korea.