The section of the ancient Silk Road that runs through China is an epic journey through desert dunes to the end of the Great Wall, a length of pink mud that ends abruptly in the magnificent beige towers of the Jiayuguan Fort.

This is not a voyage that many travellers experience; it's often and understandably overlooked in favour of more accessible and famous destinations in China.

But for adventurous travellers looking for something truly different, backpacking the Chinese Silk Road reaps glorious rewards: sand-sledding down a magical unmoving sand dune, a camel ride around an oasis, a trek up the end of the Great Wall and sipping wine under grape trellises are just a few of the possibilities. So don a sand-proof rucksack and check out our guide to backpacking the Silk Road through China.

Historically, the Silk Road was not one but many routes that connected east and south Asia to Mediterranean Europe, so named because the largest commodity traded down the route was sought-after Chinese silk. The route traditionally started in Xi’an (then known as Chang’an), China and continued northwest through modern-day Gansu and Xinjiang provinces before reaching Central Asia.

Several historical splits in the road mean that you have options when deciding your route. By far, the most traversed portion of the route is from Xi’an to Lanzhou and Jiayuguan in Gansu. From here, you can choose to head northwest to Urumqi in Xinjiang, where fascinating Uigher culture, China’s wine country, and the soaring peaks of the Tian Shan mountains await.  Alternately, the southern route heads through the fiery desert of Gansu, with its huge dunes and ancient Buddhist caves, ending in the distinctly Central Asian city of Kashgar, renowned for its bustling Sunday livestock market. Adventurous travellers and those with extra time could potentially explore both routes by heading southward from Jiayuguan to Dunhuang in Gansu, then upwards to Urumqi and finally south again to end in Kashgar.

Zhangye Danxia National Geopark. This incredible desert landscape is striking for its orange, red and yellow hues of layered clay and sandstone, forming bizarre rainbow mountains. While you're in Zhangye, also be sure to see the Giant Buddha Temple, which contains one of the largest wooden reclining Buddha statues in China.

Jiayuguan Fort. The ancient Great Wall ends in this towering mud fortress, which rises out of the desert like a mirage. Just a few kilometres northwest of Jiayuguan town, the fort boasts a few touristy activities like archery and camel rides, but the real reason to come is for the sweeping views from its ramparts.

Overhanging Great Wall. Named because it looks like a dragon hanging over a cliffside, this portion of the Great Wall is one of the most visually stunning: a mud maze that zigzags its way up a stark desert mountain. The wall is open for climbing and views from the top are incredible.

Singing Sands Dune. To call this a single dune would be an understatement. On the outskirts of Dunhuang, Singing Sands Dune is the first in a series of thousands of dunes that make up the Taklamakan Desert. This particular dune, though, is legendary for having never covered the oasis below, despite thousands of years of sand erosion. Adventurous types can climb the dune for great vistas of yet more dunes – and then sand-sled back to the bottom.

Mogao Grottoes. Just outside of Dunhuang, this series of caves contains an incredible wealth of Buddhist art and murals.

Pedestrian way of the vine in Turpan © dwatanabe / Getty

Turpan Grape Valley. China may not be known for its quality winemaking just yet, but Turpan – an oasis town – is home to one of the oldest and most prolific wine-making regions in the country. No matter the quality of the wine (some is actually quite quaffable), sipping a fresh glass of white under grape trellises as a brook babbles nearby is great way to beat the desert heat.

Jiaohe Ruins. This 2300-year-old archaeological site contains the ruins of an ancient capital that was destroyed by Mongol invaders around the 13th century. What remains today is an elaborate network of structures in various states of decay, connected by a maze of streets.

Tian Chi Lake. This mountain lake, whose name means ‘heavenly’, sits in the cradle of the Tian Shan mountains underneath the looming 5445m gaze of Bogda Peak. A popular destination with domestic tourists, the lake's serenity is sadly hampered by honking boat horns and tramping visitors, but if you can find a spot of solitude, the vistas are incredible. It’s also possible to camp or stay in a yurt with a local Kazakh family – highly recommended for delivering a slice of the water and surrounding forest to yourself.

Kashgar's Grand Sunday Bazaar. One of the largest and liveliest markets in all of Asia, Kashgar’s bazaar is open every day but is especially bustling on Sundays, when the livestock market adds cattle, horses, sheep and goats to the mix.

China’s northwest is historically one of its least connected regions. The Jiayu pass, where the impressive Jiayuguan Fort was built in the 1370s, marks the end of the Great Wall and the border of the ancient Chinese empire.

The region spreads over 2400km, most of which is separated by vast tracts of desert. Though you can still get on a long, bumpy bus ride if you want to, the region is now connected by high-speed rail, making getting around a breeze. Regular flights also connect most of the main airports in the region: Xi’an, Lanzhou, Jiayuguan, Urumqi and Kashgar all have commercial airports, and tickets are often discounted.

Part of the allure of this trip is the vast journey overland, which hearkens to a day when explorers, traders and Buddhists rode and walked for weeks across the harsh desert. Doing at least part of your journey by rail is a good way to experience these landscapes up close. The entire journey could be done in 10 days by rail if pressed, but two to three weeks allow for explorations further afield and several days in each stopover to see the sights properly. Flying from Xi’an to Lanzhou and beginning your rail journey there would shorten the journey for those in a hurry.

Most of this route follows extreme desert, so pack for dry heat. Carry plenty of sunscreen and breathable clothing that covers the skin. A bandana or lightweight scarf can be useful for shade and breathing in dusty conditions.

If taking an overnight train trip, equip yourself with food and plenty of sealed, bottled water before you embark. Hot meals are offered on trains, but tend to be very basic Chinese staples like rice, vegetables and stir-fried meats. Instant noodles, fruit, nuts and seeds are ubiquitous, easy to carry and keep well. Trains also usually sell beer and wine, but at high mark-up, so be sure to pack your own, as having a ganbei (bottoms up) is a great way to meet locals and make friends while travelling.

Officially, the entirety of China is in one time zone, China Standard Time, but the northwest, particularly Xinjiang province, often operates on its own locally created time zones. When purchasing train and bus tickets, double-check the departure time.

In general, Mandarin is spoken throughout the region, including by taxi drivers and hotel staff and at large stores and restaurants. However, in some more remote areas and at smaller cafes, you may find older people only speak local dialects of Chinese or Uigher.

This article was originally published in August 2013 and updated in April 2017. 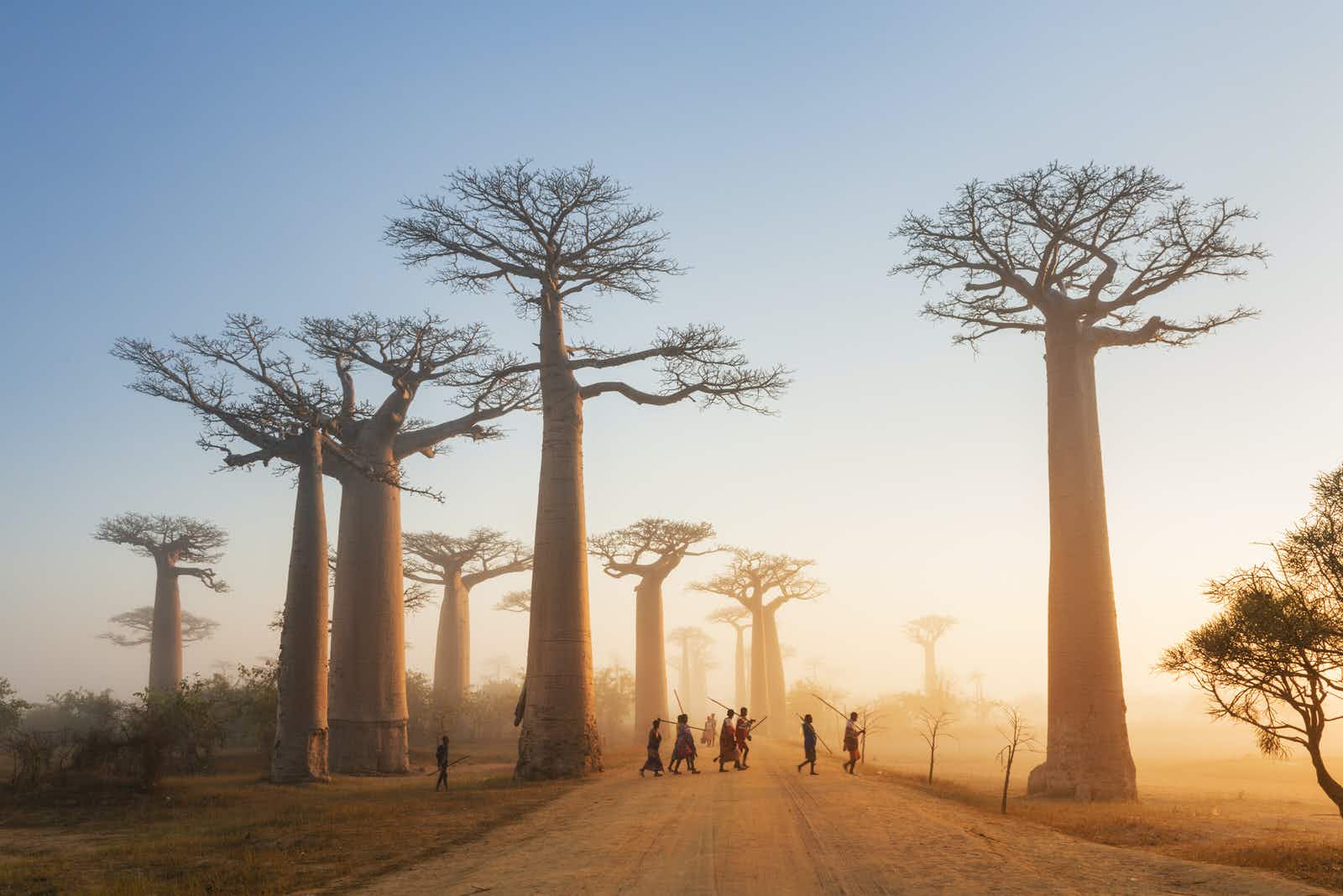 Madagascar: an island unlike any other 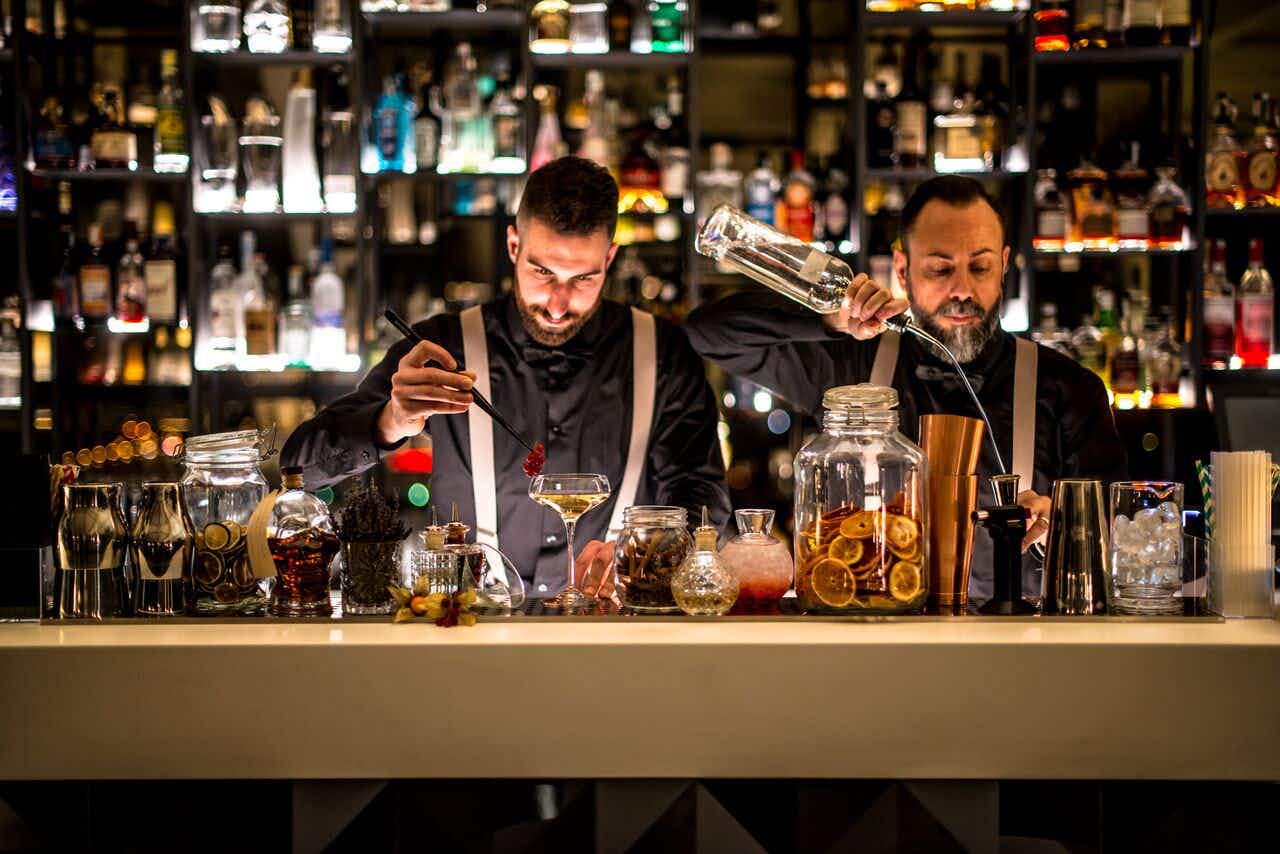