From snow-capped mountains to the Bushveld, and from sub-tropical beaches to the Kalahari, South Africa is a mind-bogglingly diverse country. Showcasing the best of its stunning landscapes, its parks and reserves (www.sanparks.org) are great places to experience African wilderness and see the continent’s famous wildlife.

This 20,000-sq-km stretch of bush bordering Mozambique and Zimbabwe has the Big Five (lion, elephant, buffalo, leopard and rhino) and impressive statistics in abundance. In an area roughly the size of Wales, 145 mammal species, including the world’s largest rhino population, hunt and graze in grasslands and riverine forests. Conveniently, you can see Kruger scenes like the famous lion-buffalo-crocodile battle (see it here on YouTube) within about five hours’ drive of Johannesburg. Tarred roads criss-cross the park and intrepid visitors can go on a guided walk, accompanied by gun-toting rangers. The best time to visit is winter (June to September), when sparse vegetation aids visibility, animals gather at waterholes, and the risk of malaria is lower. 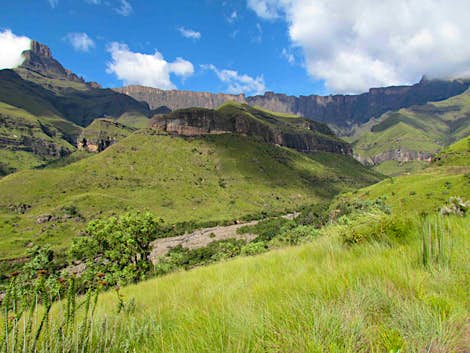 The Amphitheatre, a 5km-long wall of cliffs, towers above the green slopes of the Royal Natal National Park. Photo by James Bainbridge

The Drakensberg is one of Africa’s greatest mountain ranges, its mystical moniker (which means Dragon Mountains in Afrikaans) befitting its spiny ridges, green slopes and knobbly rock formations. The Royal Natal National Park covers a relative slither of the 2500-sq-km uKhahlamba-Drakensberg World Heritage Site, but packs in some of the range’s best-known peaks. Towering above its gushing mountain streams and baboon-inhabited forests is the Amphitheatre, a 5km-long wall of cliffs rising over 3000m. The best time to visit the park, which is about 280km northwest of Durban, is April to July, when the weather is mild for hiking.

In these dreamy foothills of the Maluti Mountains, 300km northeast of the city of Bloemfontein, antelopes bound across shimmering grasslands beneath sandstone bluffs. The park’s name comes from the brilliant shades of gold cast by the sun on the cliffs, especially the imposing Brandwag rock, which overlooks the main rest camp. The best time to appreciate Golden Gate’s open spaces and wide horizons is at sunset, when the cotton-wool clouds become pink flecks and you might spot a lone silhouetted kudu. Visit in summer (December to March) to escape the heat in lower-lying areas.

Plan your visit on www.sanparks.org/parks/golden_gate. 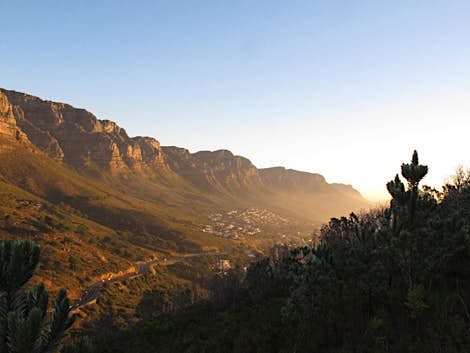 The peaks of the Twelve Apostles mountain range, part of the chain of mountains running down the Cape Peninsula. Photo by James Bainbridge

Cape Town’s favourite park runs down the mountainous Cape Peninsula from Table Mountain, the 1000m-high plateau with sweeping views of South Africa’s oldest city, to the Cape of Good Hope, where the Atlantic and Indian Oceans meet. Numerous activities make the most of this stunning environment, including tandem paragliding from the jagged tooth-like peak of Lion’s Head (669m; www.paraglide.co.za); one of the world’s highest commercial abseils (www.abseilafrica.co.za), a 112m rappel from Table Mountain; and of course hiking up the famous mountain. Platteklip Gorge is a popular route up the front face; Capetonians also recommend the paths leading up from Kirstenbosch Botanic Garden www.sanbi.org/gardens/kirstenbosch). Visit in spring (October and November) or autumn (March and April) for fresh sunny days.

Red dunes roll away to the horizon in this 36,000-sq-km chunk of raw Kalahari, which sprawls across the South Africa-Botswana border and comprises one of the world’s largest conservation areas. It’s amazing to see animals from ostriches to lions, cheetahs and leopards surviving in this arid and unforgiving environment. The park is one of the world’s best places to spot big cats; you might find yourself sharing the road with a growling lion. Visit between May and August, when the temperature drops and animals congregate at bores along the dry river beds. 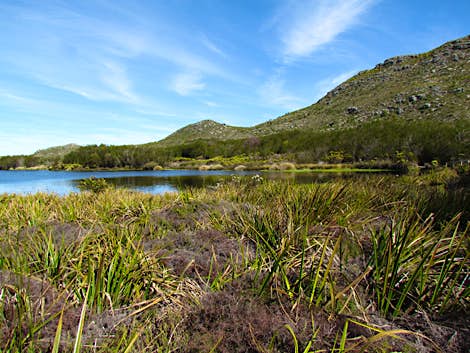 Silvermine dam, a popular picnic spot in the centre of the mountainous Cape Peninsula. Photo by James Bainbridge

Located about 200km northeast of Cape Town, the Cederberg range encompasses dramatic sandstone formations, San rock art and mountain fynbos, including the rare snowball protea. Hiking trails lasting from one hour (www.cederberg.co.za/dayhikes.html) to several days (www.cedheroute.co.za) lead into the 700-sq-km wilderness, climbing rocky slopes to formations such as the Maltese Cross and Wolfberg Arch. A great place to stay is the Sanddrif resort (cederbergwine.com/sanddrif), which has an astronomical observatory and a high-altitude winery, Cederberg Private Cellar. Visit between April and August for cooler hiking weather.

Plan your trip on www.capenature.co.za.

Mapungubwe lies alongside the Zimbabwe and Botswana borders in the steamy Limpopo River Valley, where elephants, giraffes, leopards and baboons roam between the baobab trees. The park is a World Heritage Site with considerable historical significance, making it well worth the 550km journey north from Johannesburg. Mapungubwe was the heart of southern Africa’s first indigenous kingdom; more than 9000 people lived here around AD1300, and archaeologists have discovered a hill-top graveyard, containing treasures including a golden rhino figurine. You can learn about the park, which is best visited in the cooler winter months (June to August), through guided tours and the Interpretation Centre. 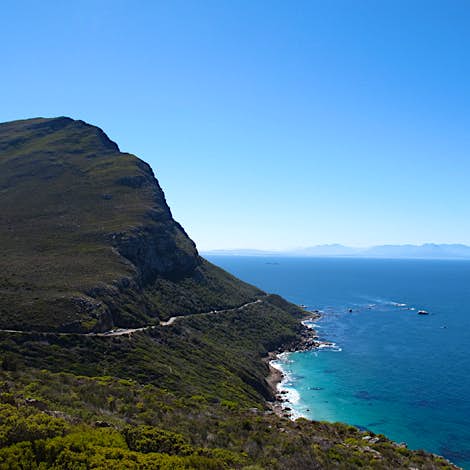 The world’s third-largest canyon is a breathtaking sight, towering above the Blyde River as it winds down from the mountainous Drakensberg Escarpment to the lowveld. Adding further drama to the steep green slopes, many are topped by dolomite and sandstone formations. Most famously, there’s the Three Rondavels, enormous rock domes with pointy peaks resembling rondavel (hut) roofs; Bourke’s Luck Potholes, cylindrical holes carved by whirlpools; and the skyscraper-like Pinnacle. All can be seen, along with caves, waterfalls and panoramic viewpoints, on a drive down the canyon’s western edge. Between January and March, the Drakensberg Escarpment makes a cool escape from the lowveld, which is uncomfortably humid and has a small risk of malaria.

Get all the facts on www.nature-reserve.co.za/blyde-river-canyon-natural-preserve.html.

One of the world’s great ecotourist destinations, iSimangaliso’s name means ‘miracle’ or ‘wonder’ in Zulu – an apt description of this 3320-sq-km World Heritage Site’s eight ecosystems, which include lakes, swamp forests, coral reefs, Africa’s largest estuary, and 220km of Indian Ocean beaches. Activities including kayaking, horse riding, diving and wildlife watching make the most of the park, where you might see whales and rhinos on the same day. Located 375km north of Durban on the Elephant Coast, iSimangaliso is best visited between June and October, when the weather is cooler and drier, with a lower risk of malaria.

Make it happen on www.isimangaliso.com.

Stretching up South Africa’s west coast, Namaqualand is famous for its spring bloom, which covers the region’s barren expanses with a multicoloured carpet of flowers. The best time to see the floral spectacle is generally mid-August to mid-September; the best part of the region varies, but Namaqua National Park’s coastal hills are generally a good bet, watered as they are by rain from the Atlantic.  Located 540km north of Cape Town, the park also conserves the world’s richest succulent flora - an amazing sight when the Namaqualand daisies are out in full force.

Want to learn more? Head over to www.sanparks.org/parks/namaqua. 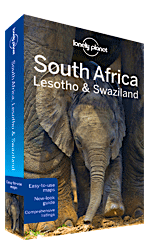 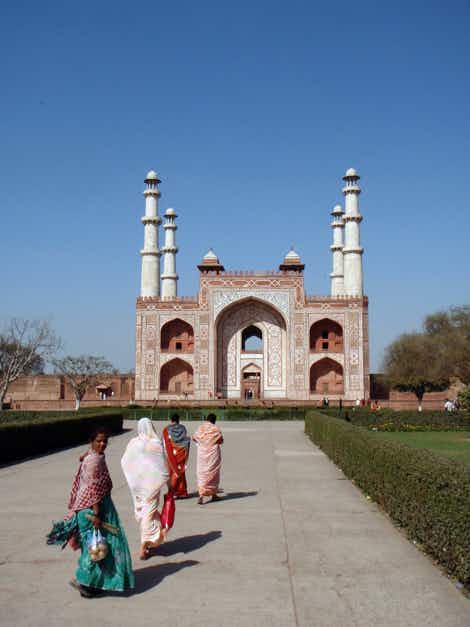 Beyond the Taj Mahal: the other tombs of Agra, India… 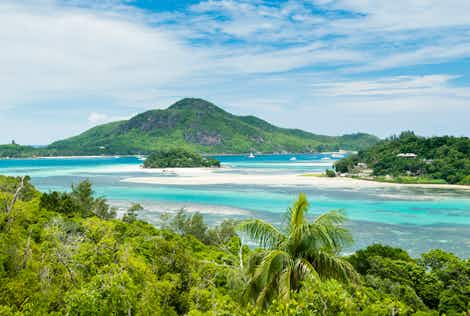 The Seychelles on a shoestring