Side trips from the Taj Mahal

What? You mean there's other stuff to do in Agra apart from seeing the Taj Mahal? You bet there is.

Agra's history is long and rich. It was the centre of India's great Mughal Empire for 130 years and it's been left with a whole bunch of fascinating things to see. The Taj is unquestionably the star attraction, but two other immense structures - the imposing Agra Fort and the fascinating abandoned city of Fatehpur Sikri - are also Unesco World Heritage Sites you can't miss.

Throw into the mix some majestic royal tombs, one of Hinduism's most sacred spots and quite possibly the most hectic market on the planet and you have yourself a great travel destination. There's plenty more besides these, but here's my pick of top sights to tag on to your Taj tour. 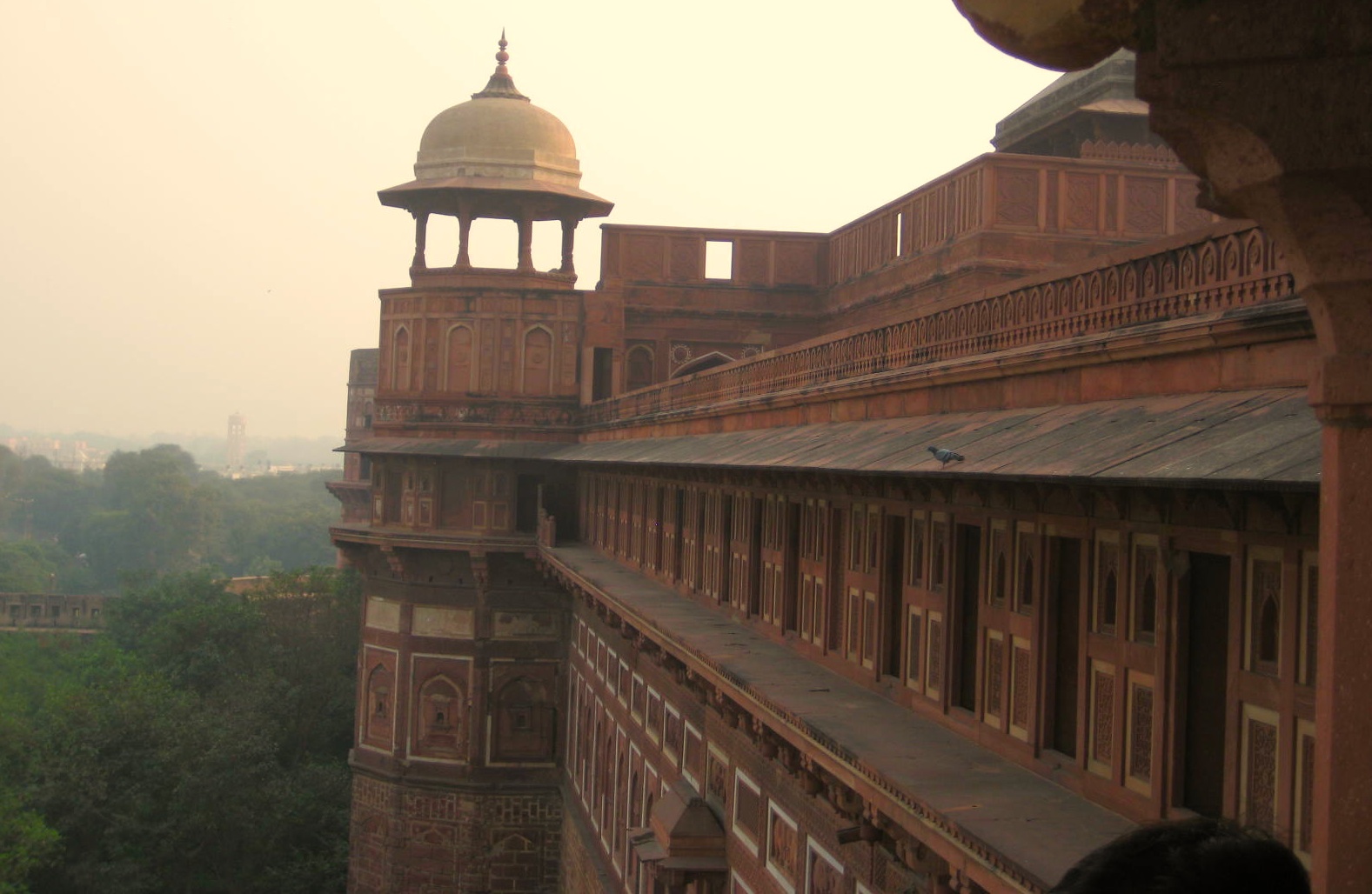 View along the eastern wall of Agra Fort. Photo by Daniel McCrohan.

Stretching for almost 2.5km and enclosed within towering, 70m-tall walls, this fabulous red sandstone fortress, situated just across a bend in the river from the Taj Mahal, is surely one of the finest forts in India. Originally a brick structure dating back to the 10th century, it was rebuilt in red sandstone 450 years ago by Emperor Akbar, a mammoth project that took eight years to complete.

Five Mughal emperors governed the country from here, including Shah Jahan who built the Taj and added a number of buildings to the complex using his favourite material: white marble. Sadly, these days much of the fort is off-limits, including a two-storey labyrinth of underground rooms and passageways where Akbar used to keep his 500-strong harem, but this place is huge, so there's still enough stuff you can visit to make it a worthwhile excursion.

Tip: Come here at dawn, armed with a decent zoom lens, to capture some fantastic shots of the sun rising over the Taj Mahal.

Textiles on sale at Kinari Bazaar. Photo by ciamabue.

A short walk north from Agra Fort is a crazy maze of overcrowded lanes bursting with colourful, chaotic bazaars, each specialising in different wares. The area is generally known as Kinari Bazaar as many of the lanes fan out from Kinari Bazaar Rd. You'll find clothing, shoes, fabrics, jewellery, spices, marble work, snack stalls and what seems like 20 million other people. Amazingly, there's also room for cows, water buffalo and even the odd working elephant to trample their way through the crowds. Watch your back!

Tip: Look up fat the old wooden balconies above some of the shop fronts - whilst keeping one eye on the road ahead for oncoming cattle, of course. 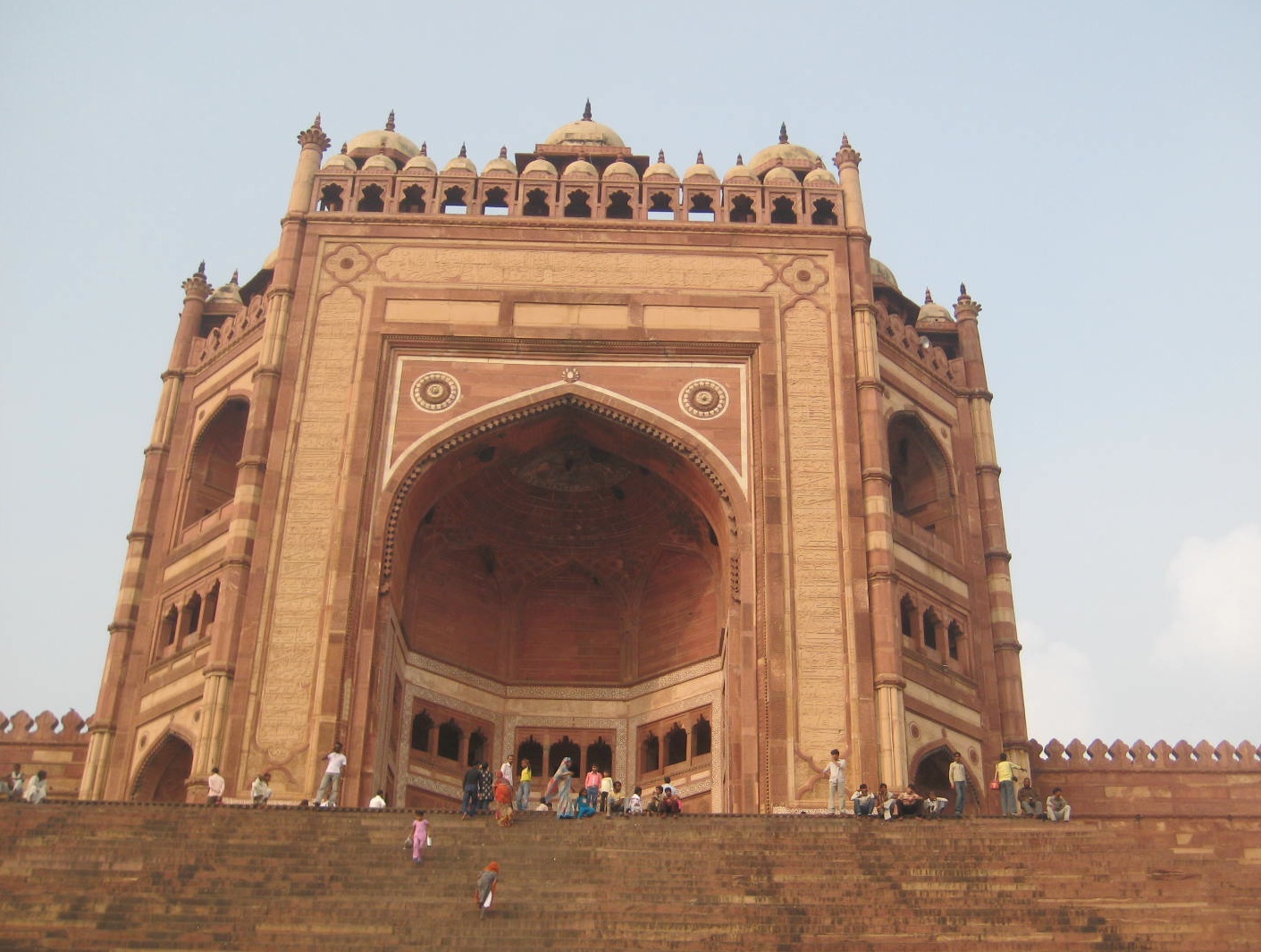 Gargantuan gateway to the mosque at Fatehpur Sikri. By Daniel McCrohan.

Most visitors to India know that Agra was once the nation's capital. Far fewer, though, realise that another of India's former capital cities lies just 40km away. Now almost completely abandoned, the magnificent Fatehpur Sikri was the short-lived capital of the Mughal Empire for 14 years of Akbar's reign. The city was an Indo-Islamic masterpiece, but erected in an area that suffered from water shortages and so was abandoned shortly after Akbar's death. It now makes a fabulously rewarding day trip from Agra, and is easily reached by bus.

Tip: Save some time at the end of your visit to wander around the market stalls of Fatephur Bazaar, situated just beyond the bus stand in the streets below the palaces. 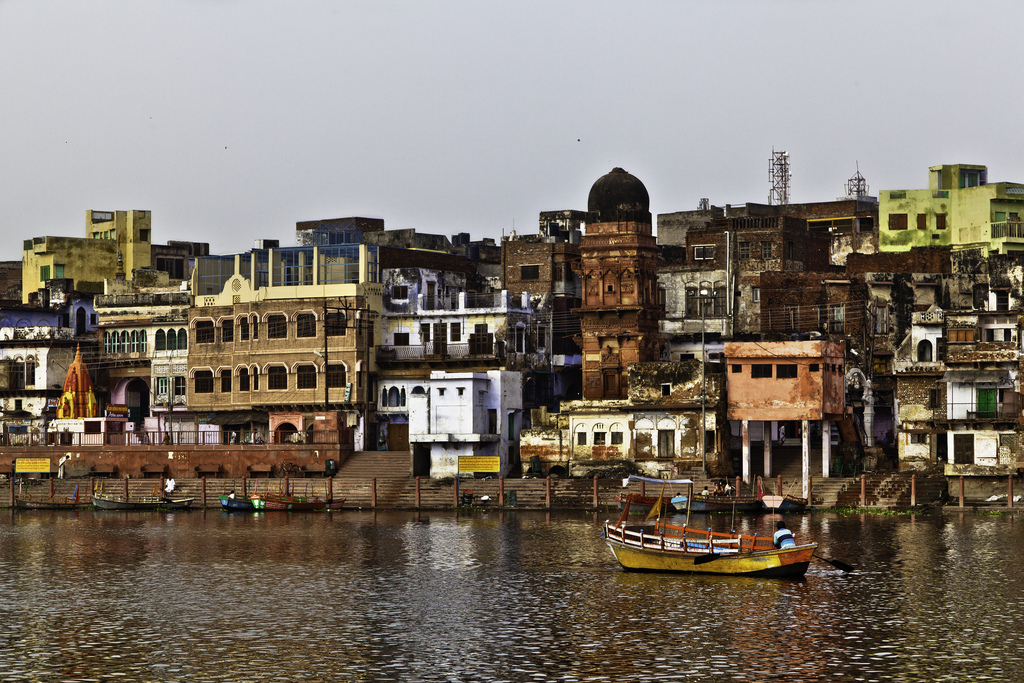 One of Hinduism's seven sacred cities, Mathura is only a 90-minute bus ride from Agra but seems a world apart. Famed for being the birthplace of the much-loved Hindu god Krishna, the town attracts floods of pilgrims and is dotted with temples, while the stretch of the sacred Yamuna River which flows past here is lined with dozens of bathing ghats, which provide wonderful people-watching opportunities. The ghats are best seen at dawn (when many people take their holy dip in the river) and just after sunset (when hundreds of candles are sent floating out onto the river during the evening aarti ceremony), so consider staying the night. 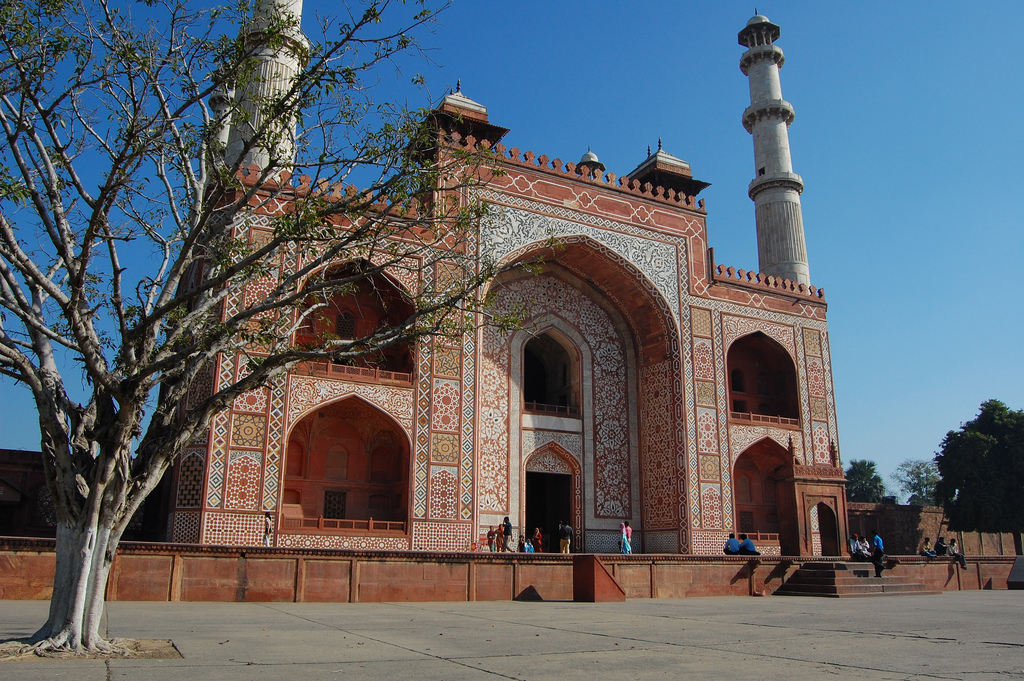 The exquisite southern gateway to Akbar's Tomb. Photo by ptwo.

Pre-dating the Taj, this highly impressive tomb on the outskirts of Agra commemorates the greatest of the Mughal emperors. The mausoleum itself, located within a huge walled courtyard, is a large five-tiered structure much like a truncated pyramid, enveloped by low galleries spanning more than 100 metres in length.  Akbar's cenotaph, like that of Mumtaz Mahal in the Taj, is in fact a fake burial casket. The true tomb is buried beneath it in an underground chamber, alongside those of Akbar's two daughters.

Tip: Buses to Mathura pass by here as they leave the city. It's much cheaper to jump on one of these than to take an auto-rickshaw or taxi all the way out here.

Daniel McCrohan has covered Agra for the past two editions of Lonely Planet's India guide.