Shenzhen’s Design Society has announced an October 2017 opening and will feature a V&A Gallery, the first collaboration of its kind between a British and Chinese museum.

Design Society is a new cultural hub which will contain a design museum (including the V&A Gallery), a theatre, the Shenzhen branch of the Guanfu art museum, a multi-purpose venue, restaurants, cafes, shops and a full programme of learning and events. There will also be public spaces including a rooftop garden.

It will focus on the history of groundbreaking design, with the aim of opening a dialogue on how design can be a catalyst for social change. One of their first exhibitions will explore the future of digital design, an area the curators say is crucial to China’s hoped-for shift away from manufacturing to innovation.

The Design Society has placed particular emphasis on their collaboration with the V&A Gallery, an institution which they say has 'played an important role in bringing an understanding of Chinese culture to Europe'. The Gallery previously showcased the first comprehensive European exhibition on Chinese masterpiece paintings and the first UK exhibition on contemporary Chinese film and photography in 2005.

Ole Bouman, the director of the Design Society says 'Shenzhen has been widely recognised as a hotbed of Chinese creativity. By way of our pioneering collaboration with the V&A, this culture of aspiration now meets the richness of international design heritage and the curatorial intelligence of its current leadership.'

Global collaborations between cultural institutions are becoming increasingly common. Both the Louvre Museum and the Guggenheim are lending their name and resources to new museums opening in Abu Dhabi in 2017. 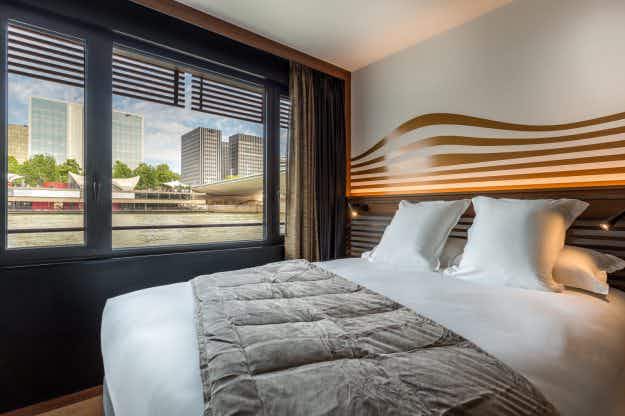 The insiders’ guide to finding great value in travel in…