¡Salud Mexico! The story of tequila, mezcal and pulque

When it comes to tequila, most people already know about lick, sip and suck. But what’s the deal with tequila’s smoky older sibling, mezcal? And why are young Mexicans worshipping the foamy drink of the Aztec gods, pulque? These three drinks are all made from the agave plant, but each has its own personality. Here we take a closer look.

Smoky deep flavors and a meteoric rise to fame

From humble beginnings in the nothing-fancy towns of Oaxaca, mezcal is currently enjoying its moment in the spotlight. Once a laborer’s drink, it’s now found in dimly lit, fashionable mezcalerías where they offer menus of flavored and regional mezcals with a fuss usually reserved for wine. Mezcal tastes smoky, spiced and slightly greener than tequila, with its fans hailing it as a pure tipple that goes down smoothly and never betrays you with a hangover the next day.

Unlike tequila and pulque, mezcal is cooked by hand. The agave plant is piled onto the embers of a fire pit in the ground which is then loaded with volcanic rock to hold the heat and sealed with earth and more logs to slowly cook over a few days. It’s in this earthen oven that the mezcal gets its smoky taste, taking on the specific flavors of the ground and wood.

To make mezcal the agave plant is buried in embers and slow cooked to give a smoky taste. Image by Travel Ink / Getty Images

Mezcal is best drunk a besitos (sipped in ‘little kisses’). This way you can distinguish the unique flavors such as in Tobalá, a small agave variety grown only at high altitudes that produces fruit-hinted mezcal. Lip-licking infusions flavored with walnut, vanilla or coffee are a good introduction if you find regular mezcal too strong.

Mezcal is often served with a dish of complimentary chicharrones (a vegetarian version of pork crackling) or orange slices sprinkled in sal roja de gusano (a salt made with dried maguey worm, though it tastes mainly of mild chili). Or try it with traditional botanas (snacks) such as crunchy chapulines (grasshoppers).

Mini bottles of beer are also on the menu in mezcalarías, drunk by those in the know as the best way to stop fiery mezcal from scalding the throat.

The process for making mezcal is longer and less industrialised than tequila production, meaning much of it is made by artisanal distillers, mainly in Oaxaca, who produce small batches, sold mostly in Mexico itself. While in Oaxaca, you might see mezcal being sold from the back of a pickup truck along a dusty road. This mezcal can be hit and miss and either a great family-run distillation or something harsh and adulterated.

La Casa del Mezcal is one of the best places in Mexico to try the drink. Image by Greg Elms / Lonely Planet Images / Getty Images

Mexico’s most famous liquid export might not be as cool as its currently trendy relatives, but that doesn’t mean there’s not a culture around it worth understanding and a variety of styles worth sampling.

The famous Mexican drink is actually a type of mezcal but you can only stick on a ‘tequila’ label if the agave azul (blue agave) is used, a plant only produced in Jalisco state and surrounds. As with mezcal, you need an agave plant that has matured for at least seven years.

The colorless joven (young) tequila is harsh and almost needs that wedge of lime to suck on. A reposado (rested) is aged in barrels that infuse the tequila with flavors from the wood. This can even include barrels that have been used to store whiskey or wine to create a new flavor. It’s when tequila is aged that it comes into its own against its older sibling mezcal, which is traditionally never aged. A reposado is aged for under a year and as little as a few months, while an añejo (vintage) is aged at least a year in a smaller barrel to concentrate the flavor and color to a beautiful dark amber. This smoother tequila has textured flavors and is very sippable.

A shot or caballito of tequila has always been made to be slammed down. The tall tequila shot glasses used today show their origins as cuernitos, literally hollowed out ‘little horns’ of animals. These horns didn’t stand up, so the tequila had to be slugged. The lick-sip-suck is not for serious tequila drinkers, though this was a Mexican tradition. It comes from a flu epidemic in 1930s Mexico when doctors prescribed tequila in this way as medicine.

Tequila distilleries in the drink's home state of Jalisco churn out gallons of the stuff each month. Image by Alan Marsh / First Light / Getty Images

Tequila is more mass produced than mezcal, with factories pumping out 60,000 litres a month compared to a mezcal farm’s 5000 litres. Tequila can be found across the country, from local cantina to upmarket restaurants.

Fermented, frothy, 1000-year-old Aztec drink of the gods (and people)

Long before there was a whiff of mezcal, tequila or the Spanish, there was another drink in present-day Mexico made from the agave plant – pulque. For the Aztecs, this was a sacred, fermented drink only to be consumed by priests, senior citizens, and those about to be sacrificed (who could probably do with being drunk). The sick were also given a version of pulque with herbs as medicine. The drink’s popularity rose and fell over the centuries but today pulque is on the rise again, gaining cool cred with young Mexicans for being truly pre-Hispanic and for the unpretentious pulquerías (pulque pubs) where it’s served.

Pulque has been produced and drunk since Aztec times. Image by Rory Finneren / CC BY 2.0

The consistency of pulque can really divide people. Being fermented from agave sap, it is thick, slightly frothy and bubbly. The taste is towards sour and often flavored like smoothies with oats, tamarind or fruit. It is protein and vitamin filled, if that helps you get it down. It’s served in tall glasses or foam cups and you won’t find it made commercially. Unlike spirits, pulque can go off so can’t be stored.

This makes pulquerías one of the few places you can get your lips on it. These down-to-earth drinking establishments have sawdust on the floor to catch the spilled splashes by daytime pulque drinkers. And in modern day Mexico City they are filled with young people with a bohemian or counter-culture streak, drinking from plastic cups. Pulquerías traditionally have murals (agave fields, village children playing hopscotch), which the great Mexican muralists, Diego Rivera, Siqueiros and Orozco have cited as influential and culturally important. This is the point of murals, to reflect real life and be accessible to real people, and a pulquería is the perfect place to see real Mexicans with pulque-froth moustaches.

Traditional side dishes are simple – black beans with nopal (cactus), shrimp soup, lentils with bacon – but a modern take is more likely to be unpretentious chilli chicken wings. It’s even used to make a salsa borracha (drunken sauce) when combined with orange, tomatoes and pasilla chilies in Monterrey state.

Phillip Tang translates a Oaxacan saying to make it also rhyme in English as: ‘For everything bad, skull mezcal; And for everything good, you also should’. More of Phillip’s Mexico articles, gifs and photos are on philliptang.co.uk, and you can follow him @philliptang. Google+: https://plus.google.com/+PhillipTang1 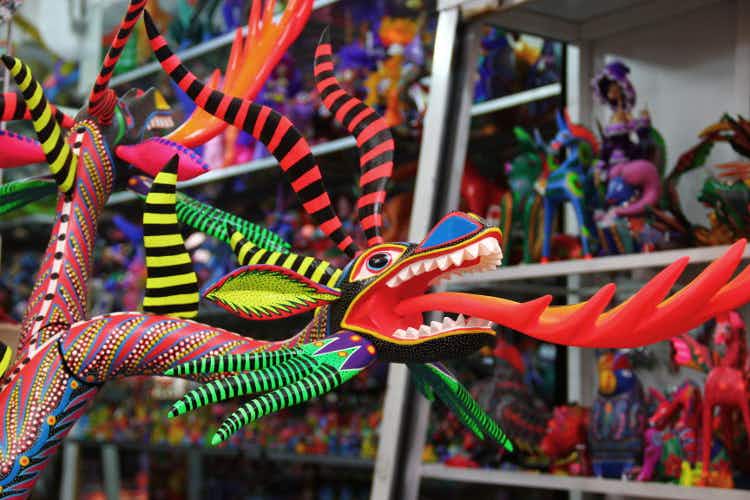 Mexico's handicrafts – what to buy and where 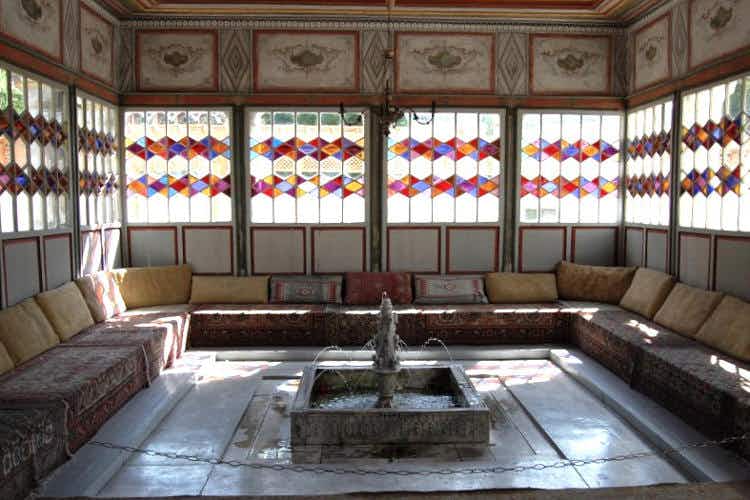 Crimea under Russian rule: what has changed for travellers?