The 24-hour daylight gives the forested landscape an otherworldly sheen as the train rattles north, past several white-water rivers. Having previously explored the country of my birth from east to west, I am headed north, drawn by the romantic images of the Russian Arctic I’ve entertained since childhood.  Half-asleep at 2am, I watch as one of the rivers becomes a hive of activity, with fishermen on dozens of boats frantically scooping fish out of the churning water with hand-held nets.

My first impression of Murmansk, Russia’s northernmost port, is fairly grim: factories, warehouses and familiar shabby Soviet multi-storeys moving slowly past my window. But that impression changes with an invitation to an unusual picnic later that day.

My hosts Dmitri and Svetlana are avid Couchsurfers and nature enthusiasts who use every opportunity to escape the city, trekking in the Khibiny Mountains and exploring the Barents Sea coast. The evening’s outing is closer to home, a short drive along the western shore of Kolsky Bay. Together with a friend, Dmitri has recently taken up rock climbing and they gear up next to a cliff which sits behind some industrial detritus. The sun glints off the cargo ships and nuclear icebreaker Lenin in the port area directly across the bay, making it look positively cheerful, as the non-rock-climbers among us get busy grilling sausages on makeshift skewers over cinder blocks.

Everyone encourages me to get out to Teriberka, the only place by the Barents Sea that’s easily reached by car, so the following day I rent some wheels and head east along a potholed road past turn-offs to ‘closed’ towns, where you need special permission to enter. A gravel road branches across snow-covered tundra which stretches far and wide, interspersed by the occasional ice-covered lake.

Eventually I get my first glimpse of scattered Soviet-era building shells, neat fishermen’s huts and rusting ship skeletons on the beach, all surrounded by snow-powdered hills.  My Murmansk friends like to picnic here during the endless summer light, to explore the cliffs and the nearby waterfall. I wander past the colourful graveyard near the beach and dip my foot in the world’s northernmost ocean, to almost instant numbness. Apart from women tending the graves, Teriberka seems deserted. Some middle-aged men clutching gallon-bottles of Baltica beer sit outside one of the fishing huts. They lament how tough it is to make a living with the fishing restrictions, and with Gazprom drilling in the Barents Sea in the pipeline.

From here, a practically deserted road leads south into the forested depths of the Kola Peninsula, terminating at Lovozero. What distinguishes it from any other little Soviet town is the community centre shaped like a Sami kåta (teepee-like dwelling) and its superb Sami museum.

Unlike their Scandinavian brethren, Russian Sami have no rights as an indigenous minority; they were particularly hard-hit during the Soviet years, forced to settle down and give up their reindeer herding. Unemployment and alcoholism are a problem in Lovozero, but, as the friendly museum curator Lyudmila tells me, it’s not all doom and gloom. She proudly shows off the first ever Russian-Sami dictionary and Sami storybooks, put together by a local, Aleksandra Antonova, and leads me through the exhibition halls dedicated to a resurgence of Sami duodji (traditional handicrafts). I recognise the intricate leather-and-beadwork and the abstract patterns on the reindeer horn knife sheaths as those of the Southern Sami.

Further south, in Kirovsk, I’m met by local Couchsurfers Igor and Anya.  Unlike the warm, sunny weather elsewhere on the Kola Peninsula, the surrounding Khibiny Mountains are still covered with snow and the ice is barely beginning to melt on Lake Veliky Vudyavr, but Igor is wearing shorts and a sleeveless vest.  He’s a morzh, one of the hardy Russian ‘walruses’ who swim in holes cut in ice year-round. Igor drives us in his 4WD to a scary-looking Soviet-era chairlift, due to be replaced with a modern one which will link it to the Bolshoy Vudyavr Ski Station to make it into one big ski resort. Since it’s early June, the ski lifts are no longer running and the Finnish tourists have gone home, but this doesn’t stop local off-piste free riders. Igor acknowledges that it’s not very safe, as the avalanches claim their due every year.

We drive north of town, past the open-pit apatite mine, to poke around in the melting remains of the Snow Village, sculpted anew every year from ice and snow. Anya points out the snowy detritus of the Snow Chapel where couples exchange vows and I am impressed by the pharaohs riding chariots, the ice fireplace and the obligatory Lenin etched into the semi-collapsing walls.

Returning to Murmansk, I catch a train south to Rabocheostrovsk, then a ferry to my last stop: Solovetsky Islands, made infamous by Aleksandr Solzhenitsyn’s Gulag Archipelago. As someone whose grandfather nearly ended up in a gulag (one of the penal colonies in the Russian north) as an ‘enemy of the people’ in the 1930s, I approach the islands with some trepidation, but there are no evil vibes emanating from the fortress-like monastery – the former prison – on the main island. It’s a gorgeous summer day, with villagers and black-robed priests ambling along the paths by the docks and through the surrounding woods, and the air smells of pine and wild strawberries.

On nearby Bolshoy Zayatsky Island, dotted with prehistoric stone labyrinths, two forlorn crosses mark the location of the female solitary confinement facilities; Soviet authorities destroyed all traces of the gulag after 1939.  It’s only when I visit the Solovetsky Forced Labour Camps and Prison 1920–1939 museum, housed in the original barracks, that the curator brings the souls of the islands’ 20,000 dead to life, talking us through the harrowing testimony of individual prisoners of Solovki. The inadequate food and clothing, the harsh punishments and hard work broke the health of most in around three weeks. There were only three successful escape attempts from the islands.

Back on the mainland, my midnight train hurtles south, lulling me to sleep with its soporific rhythm, my head filled with prison camps, endless forests and the midnight sun playing on the Barents Sea. Moscow seems a world away. 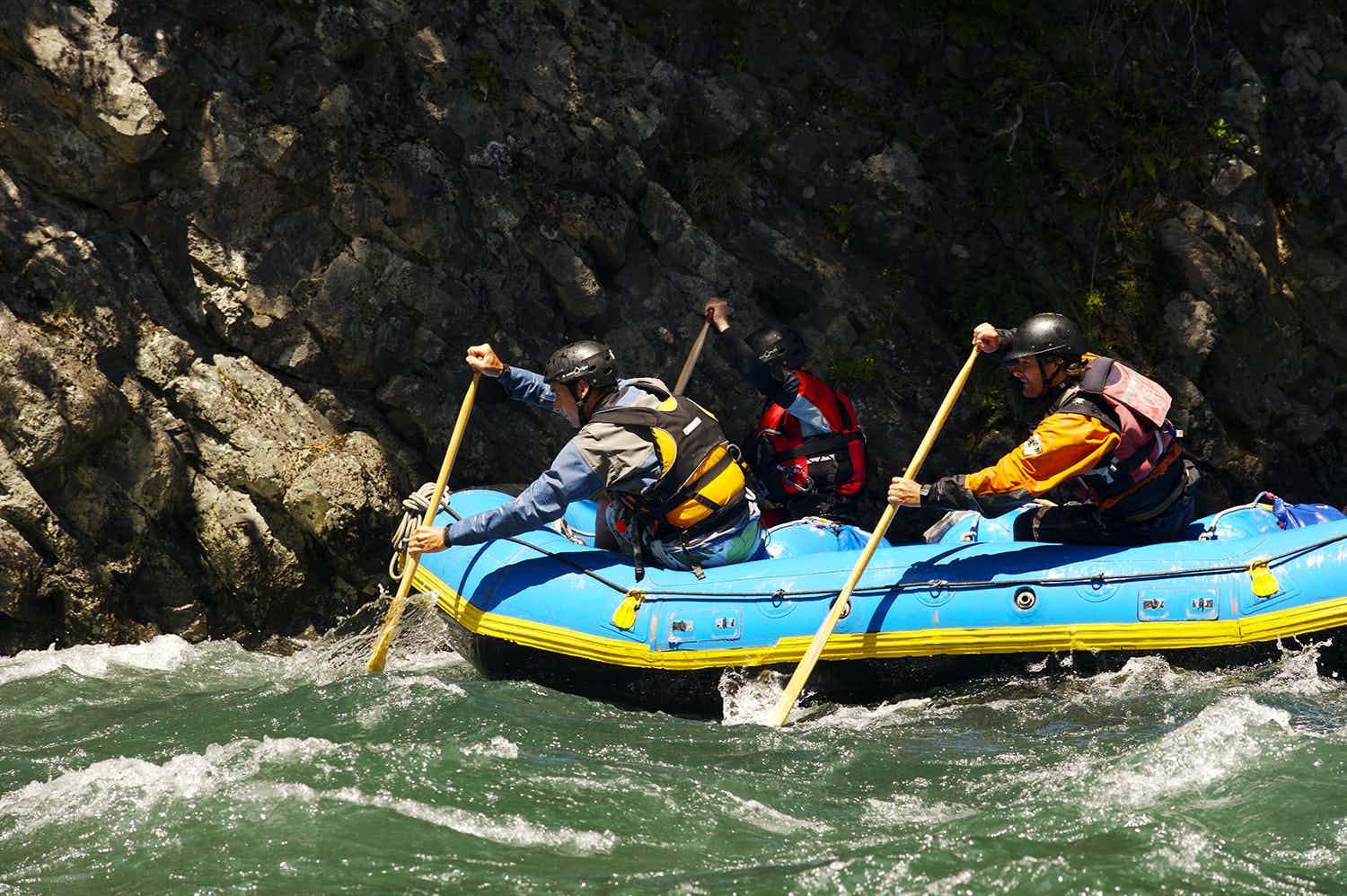 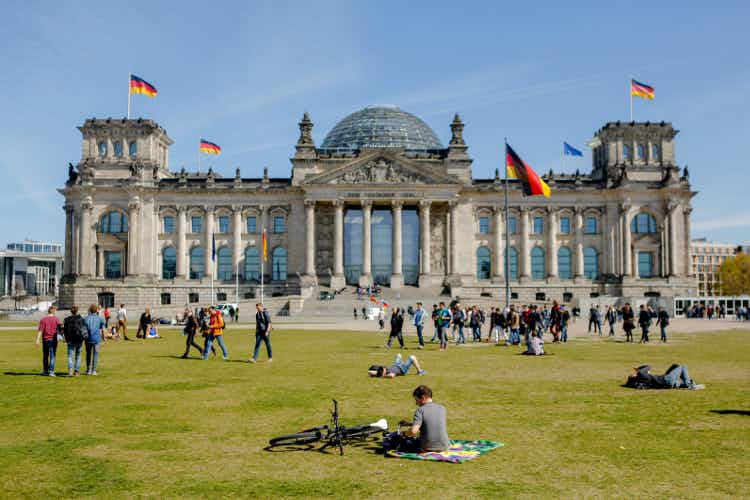 A perfect day in Berlin