Party like it's 1599: Indigenous festivals of the Atacama region

In the past few years, contemporary attractions and current events – from cutting-edge ALMA telescopes to the 33 miners trapped underground for 69 days and dramatically rescued as a billion viewers from around the world looked on – have brought international attention to Chile’s Atacama Desert region. But the rich cultural history of the driest desert on earth has been fascinating travelers for much longer.

Indigenous pre-Columbian tribes like the Aymara and Atacameño inhabited the arid landscape long before Spanish settlers arrived in the 15th century – and today, their descendants still celebrate ancestral traditions during lively regional festivals that allow visitors a glimpse into the past.

In South America, June 21st marks the winter solstice. In the Aymara indigenous groups of Chile and Bolivia, it also means the beginning of a new year and the start of an agricultural cycle. It's the time for planting, and for asking Pachamama – known in many Andean cultures as the mother of earth and the goddess of fertility – for a harvest blessing.

When and where: June 21st. Join the celebration in and around Arica and Parinacota, located in the northernmost region of Chile near the border of Peru.

Food and drink: Look for charqui, dried and salted meat, and sopaipillas, flat pastries made of deep-fried pumpkin dough. The latter is a Chilean classic that's prepared and served with a twist in the Altiplano – they're as large as a plate and instead of being served with honey, as in the south, these sopaipillas are usually served with pebre, a savory condiment made with coriander, olive oil, garlic, chopped onion and spicy aji pepper.

What to see and do: Rent a car in Arica and drive up into the Altiplano to explore traditional Andean villages, or catch a twice-daily bus between Arica and Putre, a hub of travelers' services in the region and the gateway to Parque Nacional Lauca. In addition to 130 species of birds, the park features cave paintings, salt lakes, volcanoes and excellent hiking trails. Eco-friendly hotel and tour operator Terrace Lodge, located in Putre, offers tours and helpful advice.

For travelers, the village of San Pedro de Atacama is ground zero in the desert – it's the jumping-off point for stargazing tours and a countless number of outdoor adventures in the region. The town is named for its patron saint, San Pedro (Saint Peter), who's honored each year along with San Pablo (Saint Paul) in a week-long festival featuring regional music, dance, traditional foods, and a procession through the town's unpaved dirt streets that ends at a special Mass in the town's historic church, built in 1744.

When and where: The last week of June, with festivities culminating on June 29th, the feast day of San Pedro. The celebrations happen in San Pedro de Atacama, the region's primary hub for adventure travelers, stargazers, and volcano-climbers.

Food and drink: After an early wake-up call and hours exploring the great outdoors – many guided excursions depart from the village before dawn – nothing tastes as satisfying as pataska for lunch. The savory stew, typically made with meat, vegetables, and several varieties of corn, is a regional staple. Out in the countryside, look for creamy queso de oveja, or sheep's cheese. At night order a Pisco Sour Rica Rica, Chile's national cocktail (made with lemon juice, sugar, and pisco, or grape brandy) infused with rica rica, an aromatic herb that's indigenous to the desert.

What to see and do: Where to start? There's more to see around San Pedro de Atacama than travelers can see in a week or two, but highlights include trips to the El Tatio Geysers, swimming in crystal-blue salt lakes, peering through world-class telescopes on stargazing tours, hiking around the Pukará de Quitor archaeological site and the moon-like landscape of Valle de la Luna, horseback riding in the mountains, or, for the truly adventurous, ascending high-altitude volcanoes like the towering Licancabur.

Welcome to La Tirana, population 600 – except during the annual La Tirana festival, when the tiny village welcomes as many as 250,000 visitors. The vibrant week-long celebration mixes Catholic and indigenous traditions: the village and its main event take their name from an Inca princess-warrior known as 'La Tirana' (the Tyrant), and the festival occurs in conjunction with the Christian calendar, with the revelry culminating on July 16th, the feast day of patron saint La Virgen del Carmen. Expect spectacular fireworks, colorful parades featuring hundreds of costumed dancers, folkloric dances, pilgrims carrying offerings to the Virgin, and a bustling open market where local vendors sell souvenirs and street food.

When and where: Mid-July. The festivities roll on for seven days and nights, but the main celebration is on July 16th. The village of La Tirana is located in the region of Tarapacá, 45 miles east of Iquique, where it's possible to rent a car or catch a bus to and from the village.

Food and drink: Among the festival crowd, a favorite snack is the anticucho – grilled llama meat served on a stick, shish kabob-style. In local kitchens and on the street, look for chairo, a hearty stew made with alpaca or llama meat, potatoes, carrots, onion, beans and vegetables.

What to see and do: Since accommodations are practically nonexistent in La Tirana, most out-of-towners opt to stay in the coastal city of Iquique and travel to the village by bus, taxi, or rental car. In Iquique, take a stroll down the charming wooden promenade known as Baquedano or take a quick boat tour of the coastline, departing from the Muelle de Pasajeros, built in 1901. Adventurous types can enjoy a view of the region from above: Iquique is Chile's paragliding capital. Try trusted outfitter Puro Vuelo.

Bridget Gleeson is a Buenos Aires-based Lonely Planet author covering Latin American destinations, food and culture for a variety of web and print publications. Follow her adventures on Twitter @bridgetglee. 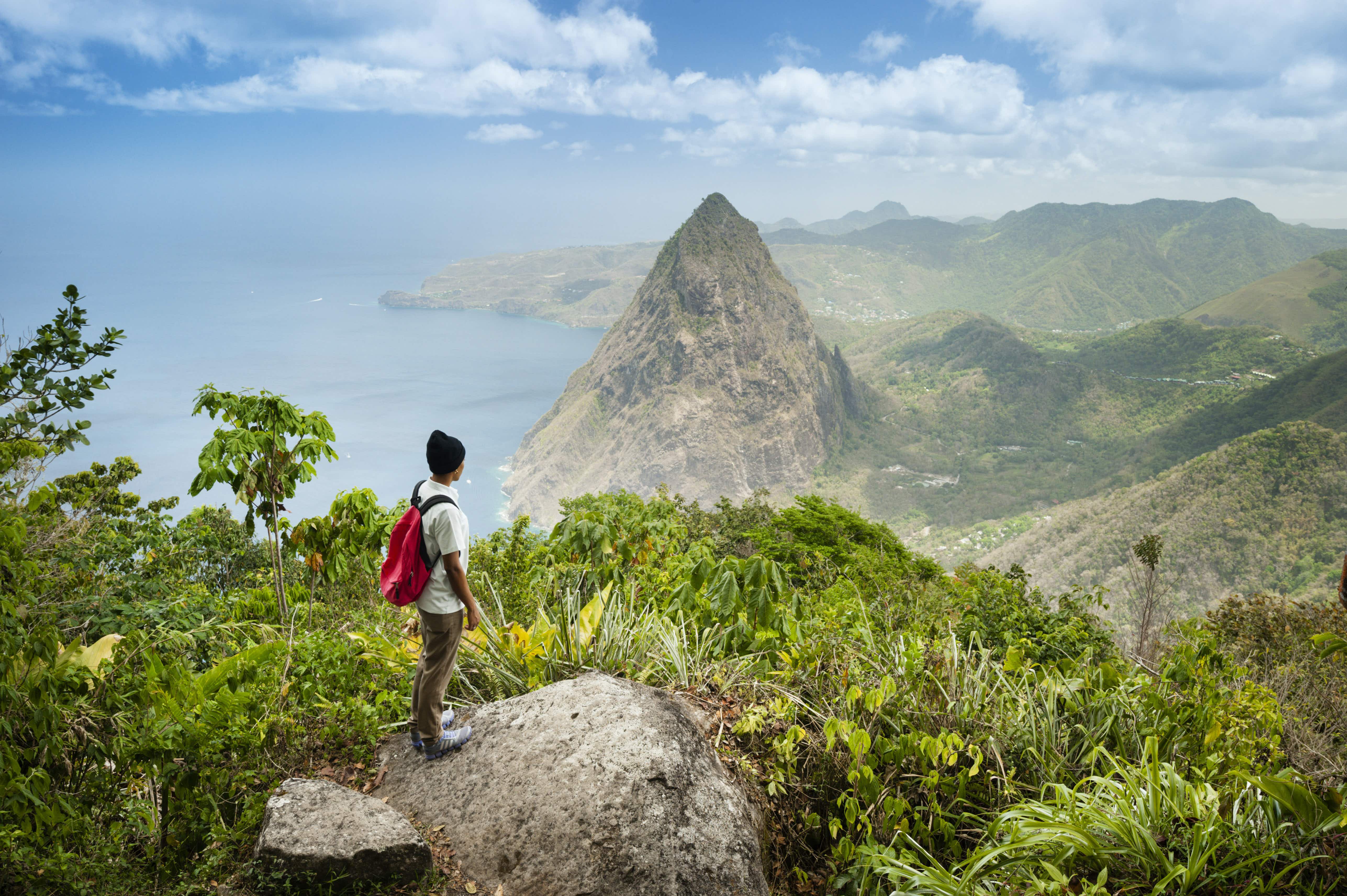 How to get off the beaten track in St Lucia… 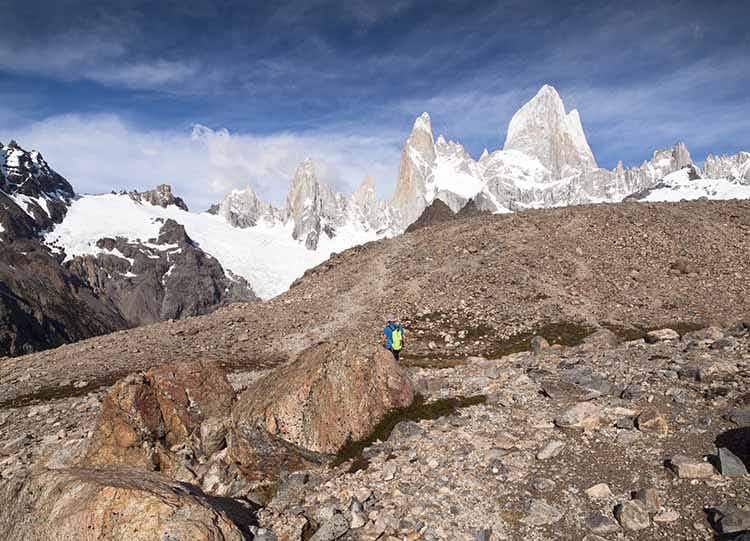