November 26 is National Cake Day in the United States, which gives us the perfect opportunity to celebrate all things sweet and baked with particular fervor. Cakes take many shapes around the world – here are some favorites from North America and its neighbors.

The ubiquitous red velvet cake lures cake-hungry folk with its soft chocolate-flavored cake and ermine or cream cheese icing. Created during the Victorian era, the term “velvet” was used to differentiate it from drier, denser cakes that were popular at the time, and the cake had a slightly red hue due to the combination of cocoa powder and acidic ingredients.

The color became even more vibrantly red when the Adams Extract Company was looking to increase sales during the Great Depression; they published a red velvet cake recipe featuring their red food coloring and handed it out in grocery stores, effectively introducing the masses to the ruby red dessert.

The Waldorf Astoria Hotel in New York City then began serving the cake, giving it a further popularity boost that transcended national lines. In the 1940s and 50s, Canadian department store Eaton’s also began peddling the cake, ingraining it in Canadian national memory as well.

If you’re going to celebrate America’s take on Carnival, Mardi Gras, you better not forget the king cake. This dessert exists in different versions throughout Europe and Latin America, though it’s strongly associated with France’s galette des rois. The original version contained a flat bean or nut inside, and whoever found it would be blessed with good luck for the year to come; today it’s been replaced by a trinket of plastic or porcelain, usually in the shape of a baby.

The United States version hails from Louisiana (particularly New Orleans), where the cake tradition arrived during colonial times, a sprinkle-spangled ring of twisted dough dusted in sugar and often filled with cinnamon, cream cheese, apples, and sometimes chocolate. Here, whoever finds the baby in the cake has similar good luck, but they have to provide the cake the following year.

The delicate Angel Food Cake owes its light and fluffy texture to its liberal use of egg whites and sugar, and it’s a favorite of those looking for a relatively guilt-free confection, as it doesn’t contain any butter. The history of this unique cake is a bit mysterious; historians agree that it was created in the United States and became popular during the 19th century, but have yet to pin down its exact origins.

Some think it was a development of the sponge cake recipe published in The Kentucky Housewife in 1839, while still others credit bakers in Pennsylvania and St Louis with its creation. Wherever it came from, it’s an American cake tradition that still graces tables today.

Despite its misleading name, the Boston Cream Pie is actually a layered cake with either cream or custard sandwiched between its two layers with a chocolate glaze or ganache drizzled on top.

The official dessert of Massachusetts, the cake is thought to be an evolution of the early-19th century jelly cake (a similarly layered concoction), and it’s become popularly associated with the Parker House Hotel in Boston; some attribute its creation to the hotel’s chef in the 1860s and 70s, Augustine Francois Anezin, though others dispute this, saying he adopted an existing recipe. The earliest official recipe of Boston Cream Pie appearing in print was published in The Methodist Almanac 1872.

Tres Leches cake, or “three milks” cake, is a smash hit across Latin America, and it claims a particular place of honor in Mexico. While numerous variations exist, this sponge cake is soaked in evaporated milk, condensed milk and heavy cream, and topped with whipped cream, giving it a tiramisu-esque quality.

Exact origins of this cake are unknown, but it’s generally thought that it became popular when Nestle opened new factories in the region in the mid-20th century and began putting recipes on the labels of their condensed milk. Today it’s widely made for all sorts of occasions, and it’s gaining popularity in the United States as well.

Black cake is a Caribbean favorite around Christmastime – this rich dessert contains fruit soaked in rum (preferably for as long as a year!), molasses, spices and burnt sugar known as “browning.” The cake is thought to have evolved from plum pudding brought over by British colonizers in the 18th century, substituting rum for brandy and incorporated local fruits and flavorings.

Different islands have their own takes on the black cake, adding citrus, mixed essence (a fruit extract), Angostura bitters or rose water, and the cake is regarded as a very special gift during the holiday season, given only to very close friends and family. 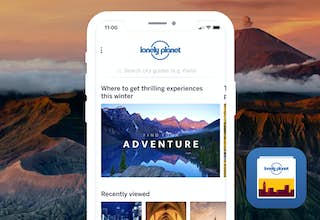