He’s cycled around the world; he’s rowed the Atlantic Ocean; he’s run the infamous Marathon des Sables and canoed the mighty Yukon River. And yet, despite all this and more derring-do, Alastair Humphreys might be best known for… encouraging people to sleep on small hills.

That’s the archetypal example of a ‘microadventure’, a term Humphreys popularised to show that adventure is really a state of mind. In a nutshell, a microadventure is a short, simple and cheap overnight trip that fits into the five-to-nine (the time between leaving work and having to return).

We talked to this former National Geographic Adventurer of the Year about his shift of focus from the macro- to the micro-, why some epic experiences turn out to be ‘Type II Fun’, and why the search for simple ways to inject a sense of adventure into everyday life seems more important than ever.

For more microadventuring inspiration (or to plan your own), check out Lonely Planet's Everyday Adventures, an anthology of 50 fun-filled ways to explore your city from a new perspective.

Where was your last trip?

I went to Austin, Texas. I was speaking at SXSW. It was a brief visit – just a couple of days – but I still managed to squeeze in a night in a hammock and a swim in the river.

Where is your next trip?

I’m going to cycle the Ridgeway [a National Trail in England] because I’m fed up of sitting in my shed looking at the rain.

I don’t remember doing anything outdoorsy until I was eight or nine when my family did Yorkshire’s Three Peaks, which involved sleeping in a terrible leaky tent for a night; probably my first night in a tent. I enjoyed the three peaks because my mum allowed me to eat way more sweets than she normally did.

What travel literature inspired you to become an adventurer?

There were two: Ranulph Fiennes’ Living Dangerously and Benedict Allen’s Mad White Giant. Both of those struck me as absolutely ludicrous things to be doing with your life, and therefore far more exciting than anything which had crossed my horizons before.

What was going through your mind as you prepared to set off on your first major journey (cycling the Karakoram Highway from Pakistan to China)?

I was planning to cycle around Italy in the summer after my first year at university, but then during a really boring lecture a friend of mine passed me a note saying ‘do you want to go and cycle the Karakoram Highway with me?’ After that, everything changed. That guy, Rob Lilwall, has also gone on to be a career adventurer.

I was too naive to be nervous; it was just the thrill of the unknown. I was blowing what seemed like huge amounts of money on a bike, a raincoat, panniers... And then we set off on a six-day training ride around Scotland; Rob was fitter, tougher and more experienced, so for me that was absolute murder. But it was just so exciting to be doing something crazy. And that continued when I got to Pakistan: the sense of surprise and newness and wonder that, with the best will in the world, disappears the more you travel.

Since then, you’ve completed some extraordinary trips; what’s been the most challenging of them all?

Cycling around the world [he explored 60 countries across five continents in the course of 46,000 miles] pushed me in terms of the scale and the loneliness. That was my life for four years, so mentally that was the hardest. Physically, the hardest thing was rowing the Atlantic; I found that simultaneously boring and terrifying, claustrophobic and agoraphobic. I was ridiculously seasick for a long time, too. There were sufficient moments of wonder for me to look back on it fondly, but it was grim at the time. It was ‘Type II Fun’.

How do you adapt after returning from an adventure?

I find it very hard. First of all, there’s a delight in coming home to a comfy bed. But once that’s worn off, I find it difficult to accept normal life; it seems at times mundane and boring and flat, and that drives me off on another adventure… but then the adventure itself eventually feels so frivolous and pointless and selfish that it drives me back to seek out a sense of purpose and community. And the vicious cycle seems set to continue for the rest of my life. I’ve talked to a lot of my friends about this and I think that’s a fairly common and under-talked about side of the adventure world.

What prompted you to come up with the concept of ‘microadventures’?

I was trying to find a way to cram the good stuff – the physical challenge, the sense of solitude, appreciating the beauty of a landscape – into a smaller, more realistic package that didn’t involve having to quit your job, mortgage your house and get divorced!

Can you give us a sense of what a microadventure entails?

The simplest notion is the five-to-nine microadventure: the idea of leaving work at 5pm and seeing what you can do in those 16 hours of hypothetical freedom (rather than focusing on the constraints of the eight hours of the nine-to-five). It boils down to some variation of: turn off your computer, get out of the city and sleep on a hill, then come back ready for work the next morning.

Were you surprised that the concept captured people’s imagination?

Absolutely. Microadventures started as a year-long blog project; I set myself a challenge to do one a month and no big adventures for a year. I was really nervous because I was only just starting to make a viable living out of adventuring and now, instead of crossing a desert, I was just going to prat around in suburbia. I thought: is my credibility going to be shot? But in the end, sleeping on small hills has done more for my career than anything else, which sort of amuses and sort of irritates me.

Do you think the need for microadventures has grown?

I suspect the need will continue to grow as we spend more and more time on our screens, urban populations grow and rural populations decrease, and people do less exercise. Until we reach a turning point on those things, the need to turn off your phone and howl at the moon will only increase.

Do you have a favourite place?

No. There are places that I like for different reasons – for example, the nicest people or the nicest landscapes or the nicest food – but I can’t just choose one. My answer usually comes down to a summary of the reasons I like to travel overall. I normally say that I love India because it’s full of a billion noisy, crazy, colourful people, and then I pick somewhere for the wilderness – most recently the Lofoten Islands, Norway, which are beautiful, pristine and quiet. I think those two aspects of travel keep drawing me back.

Do you have any travel habits or rituals?

I always shave my head before going on a big trip, partly for practical reasons and partly because I love the idea that, wherever I am going, it doesn’t matter how trendy or socially acceptable I look. It’s that sense of shedding one life before heading out into the wild. I also take a new diary or notebook on every trip.

What is the best/worst piece of travel advice you’ve received?

I used to receive huge amounts of terrible advice from people telling me not to go to various places because I’d die, be killed, that they were all terrorists, and so on. Then I learned the important lesson of asking those offering advice whether they’d been to that country or not – the answer is nearly always no. Only take advice from people who’ve been there.

Good advice? Go slower than you might be inclined to. Embrace spontaneity.

To find out more about Humphreys, or plan your own microadventure, visit alastairhumphreys.com or follow his tweets @Al_Humphreys. 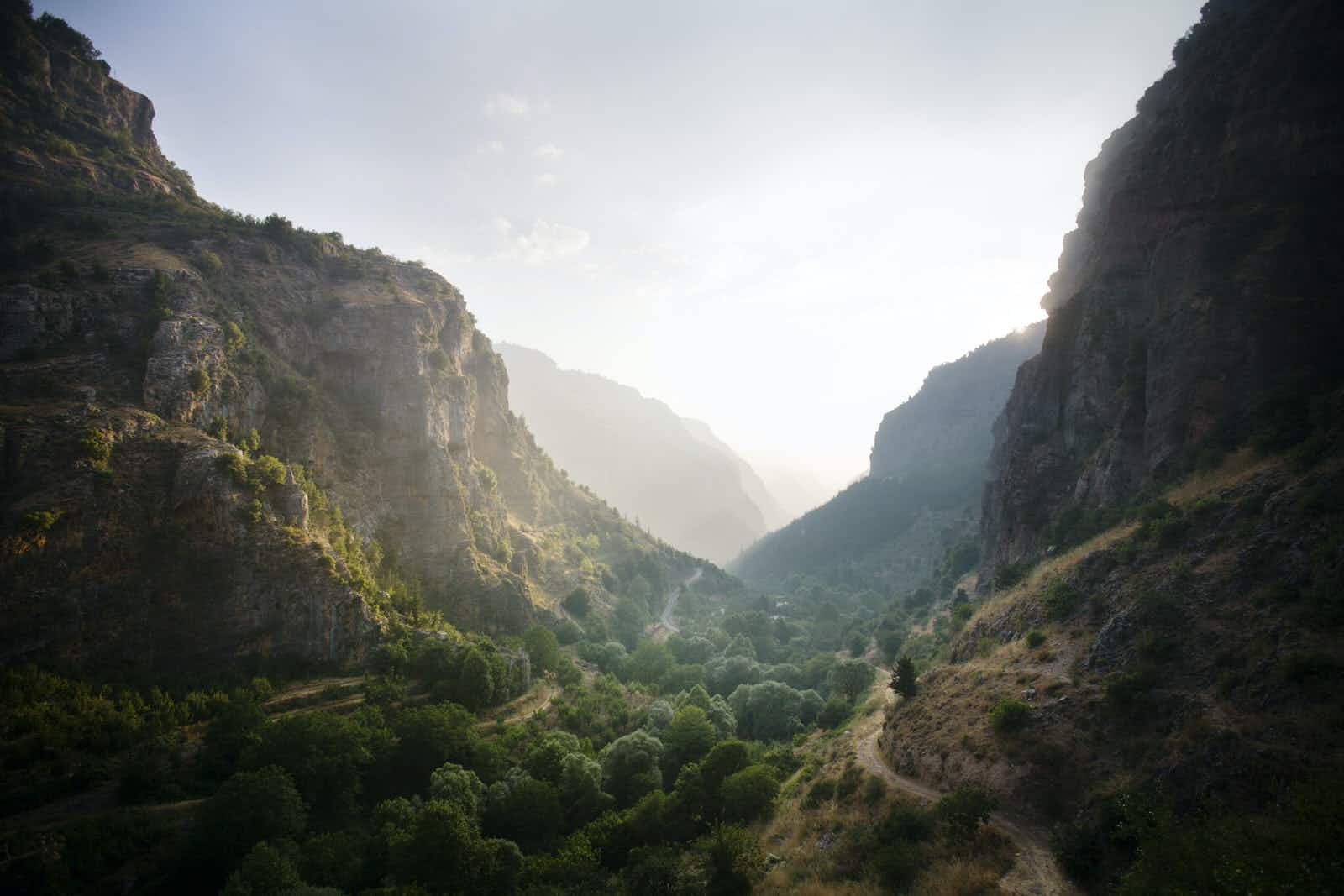 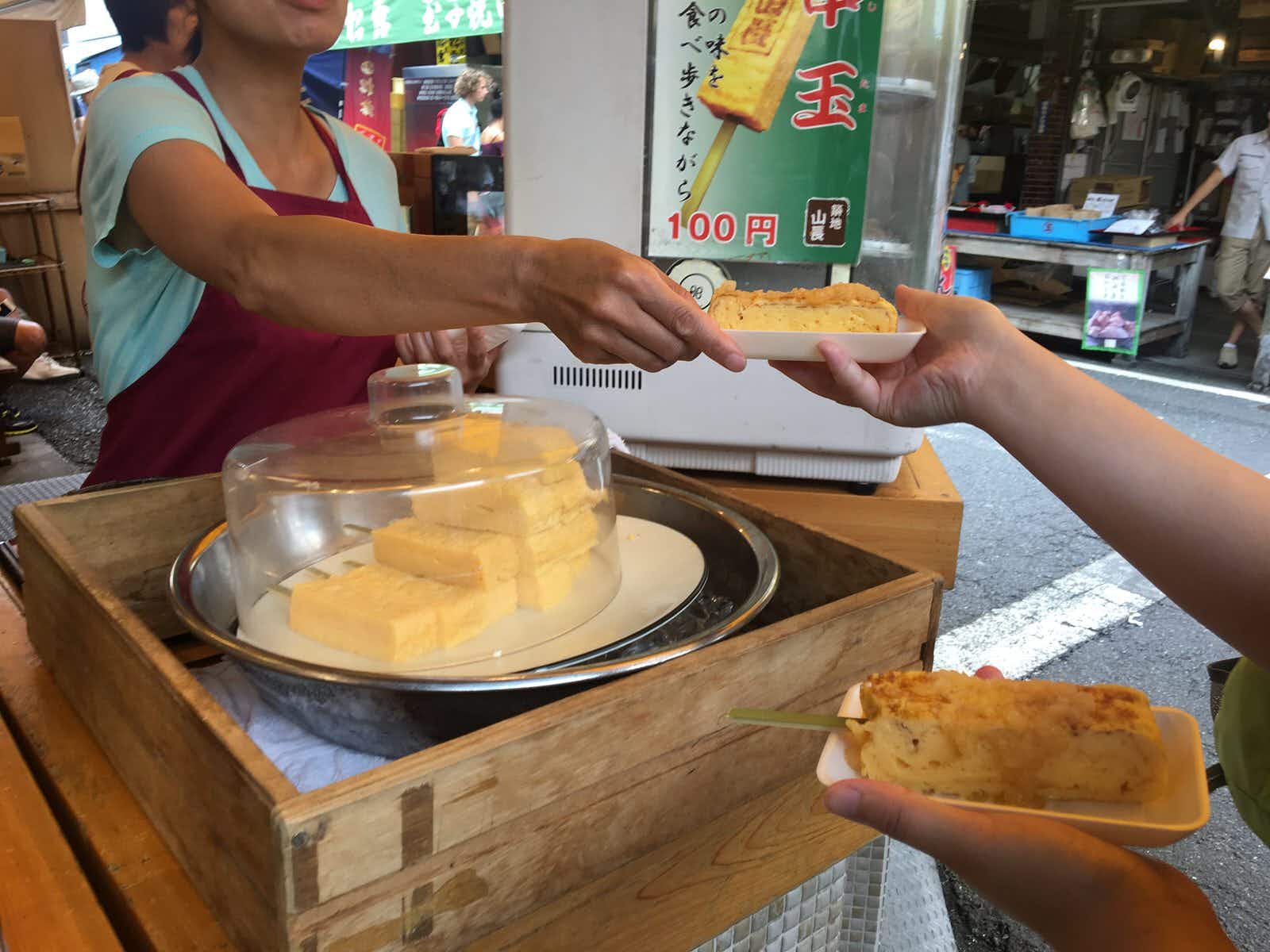 A foodie's day in Tokyo