Maltese beaches tend to be dramatic, rocky and sea-sculpted, with fewer soft, sandy curves of coast than you might expect. The Maltese make the most of every swimming spot – on these small islands you are never far from the sea, and water sports abound. Malta is Europe’s best diving destination, but even snorkelling here gives a remarkable window onto another world.

Here we list some of the best beaches in Malta and its sister island Gozo, whether you're interested in splashing around in the waves or simply crashing out on the sand.

Amid many strong contenders, Comino’s Blue Lagoon would have to snag the title of top swimming spot. Ringed by rocks and lined by gleaming white sand, the limpid inland sea glows periwinkle bright, and is a heavenly place to swim. The only caveat is that this is by no means a secret, so in high season you’ll have to share the pool with a few hundred others, but if you take a boat trip here in the late afternoon you’ll miss the hoards. For even greater access, stay overnight at one of Comino’s two hotels.

Malta and Gozo don’t have many sandy beaches, but there are a few gems. Golden Bay, on Malta’s northwestern coast, is arguably the most beautiful, a wide curve of orange-gold sand that shelves gently into the dark-blue Mediterranean. This is a place to lie down on the softest sand the island has to offer and consider whether to sample the variety of watersports and boat trips offered in the water, or the choice of restaurants in the surrounding eateries that overlook the bay.

You’re never far from a watersports provider in Malta. But for variety, Mellieħa Bay is one of the best beaches for messing about on the water, with windsurfing, kitesurfing, waterskiing, canoeing, banana boating or parasailing on offer. It’s Malta’s largest sandy beach, and has a reliable northeasterly breeze that makes it ideal for windy water-based sports. Other top choices include Xlendi, Marsalforn and Golden Bay, and there are diving centres all over the islands.

Snorkellers note: Malta is heaven. On the Gozo coast, Wied il- Għasri is a coastal chasm that creates a narrow river of sea, finishing in a tiny sand and shingle beach. You access the beach via a staircase hacked into the rock, and some of Malta’s finest snorkelling can be had launching off into the channel, although it’s best avoided in rough weather. Other prime snorkelling spots include the rocky inlet of Mgarr ix-Xini and the natural seapool of Għar Lapsi.

Fomm ir-Riħ is Malta’s most remote and inaccessible beach, with its name meaning the ‘mouth of the wind’. It’s accessed from close to the small town of Baħrija on the northwestern Maltese coast. It’s a steep and sometimes tricky path down to the beach, a walk of around 20 minutes. Such difficulty brings rewards, however, and if you’re looking for peace and quiet, gin-clear water, and magnificent coastal views, then this is the one for you. If the scramble down doesn’t appeal, you can always approach by boat.

Neighbouring the popular Golden Bay, and sharing the same lovely outlooks and soft, silky, almost butterscotch-coloured sand, Għajn Tuffieħa is a quieter choice for sun worshipping, as it’s not backed by buildings and is a slightly longer walk, which helps to thin out the crowds. When all you want to do is lie in the sun and occasionally fizzle in the sea, this is an ideal choice. Other great suntraps include the rocks around St Peter’s Pool and the utter peace of Fomm ir-Riħ.

The almost terracotta sands of Ramla Bay on Gozo are easily accessible by bus and car, and backed by a restaurant that hires umbrellas and sunbeds. The beach slopes gently into the water, the views up across the hills are appealing, and there’s a scramble up to Calypso’s Cave to consider if anyone’s getting bored. This is one of Malta’s greatest family beaches, though there are several others that could vie for the title, including Golden Bay, Mellieħa Bay and Paradise Bay.

Natural swimming pools, sea-sculpted from the coastal rock, are a scenic summer highlight in Malta. One of the loveliest, St Peter’s Pool, is on the southeastern coast. It’s a ladle-shaped scoop out of the rock that forms a sheltered lagoon for a swim, after which you can bask seal-like on the surrounding rocks. Also worthy of special mention is Għar Lapsi, a rocky inlet that lies at the base of Dingli Cliffs, which is popular with snorkellers, divers and children, who love crashing into the sea from the rocks.

This article was first published in September 2014 and updated in July 2019. 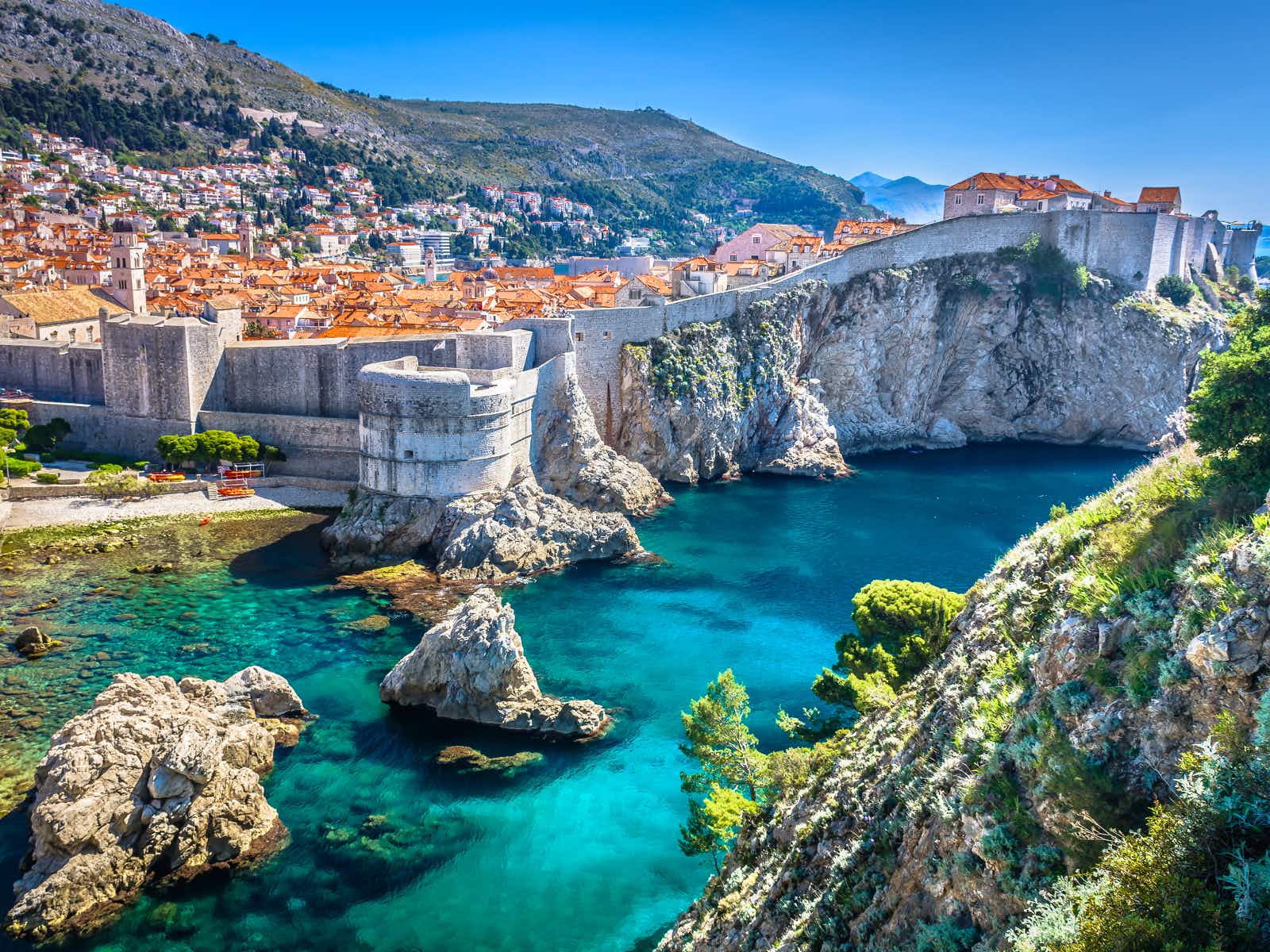 How to spend the perfect long weekend in Dubrovnik 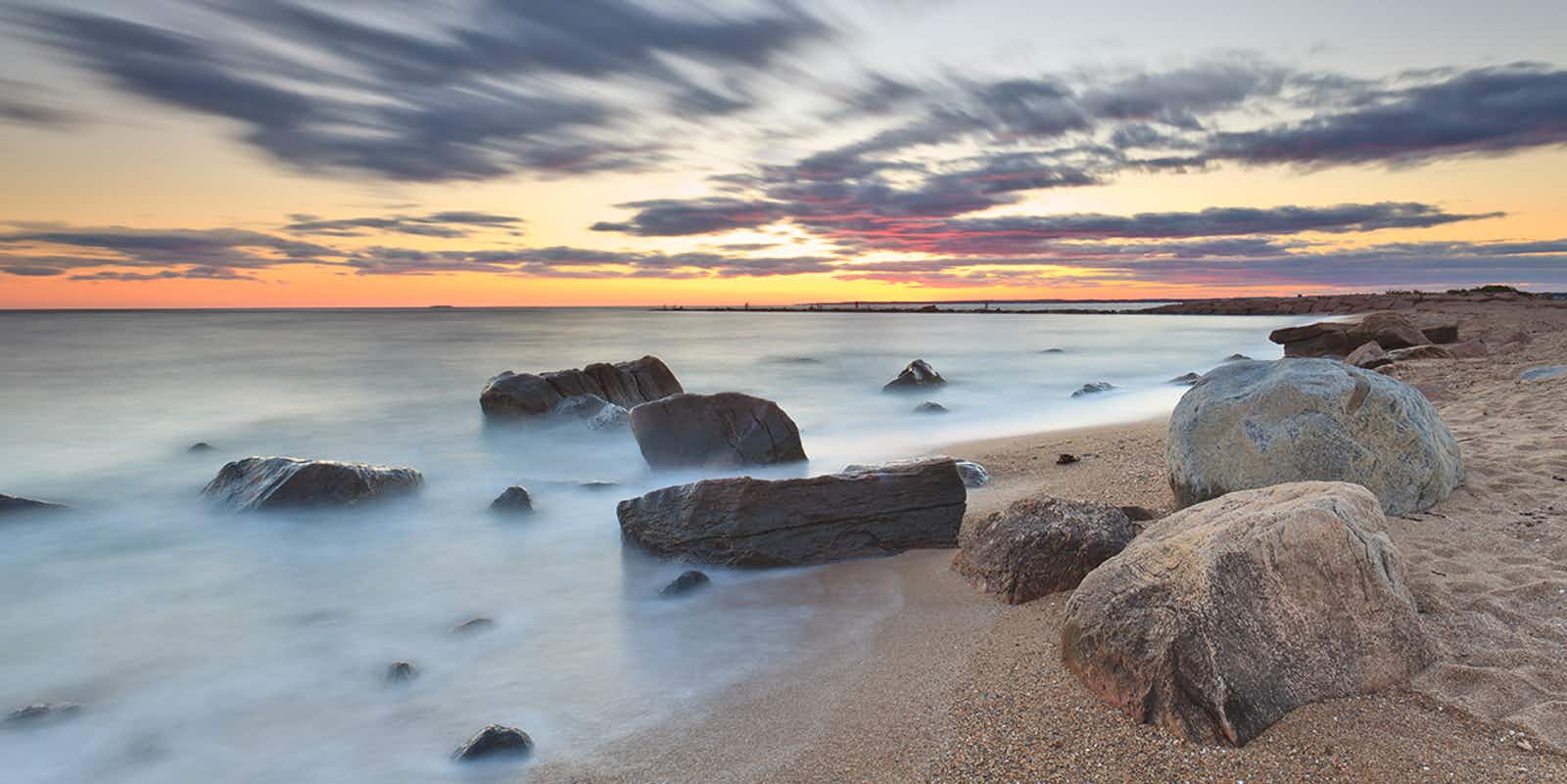 Forget the Hamptons, these are the best summer escapes from…