Visitors to the Bahamas are being called upon to protect the last of the famous swimming pigs.

The uninhabited island of Big Major Cay is home to a colony of remarkably friendly pigs who regularly take to the water and splash around with visitors. The island has now gained the name ‘Pig Beach’ and the animals have proven to be a huge tourist draw in the tropical paradise.

Recently, seven of the pigs were found dead and, after an examination by a government vet, the owner confirmed they were given the wrong food. In an interview with the Nassau Guardian, Wayde Nixon said: “We had them pigs there almost 30 years, and never has this happened before, but now we are going to have to regulate it. Right now it’s blowing out of proportion with people, anybody bringing food there….We have people coming there giving the pigs beer, rum, riding on top of them, all kind of stuff.”

The pigs live freely on the island and it’s estimated that 15 of them still survive. The key to survival, local tourism operators say, is for all visitors to continue to treat them with respect and care, which the majority have been doing. The animals have become Instagram-favourites as they regularly swim alongside tourists who partake in snorkeling or scuba-diving.

The Bahamas Ministry of Tourism said it plans to introduce a law to ban the feeding of the pigs in the hopes of preventing any further tragedies occurring. On their official website, they had stated that visitors and passing crew members were freely able to give them treats up until now. An official investigation is also underway to try and determine exactly what happened to them.

The remaining pigs have been given a clean bill of health by the vet and it’s expected that tourists will still be able to interact ethically and safely with the animals. 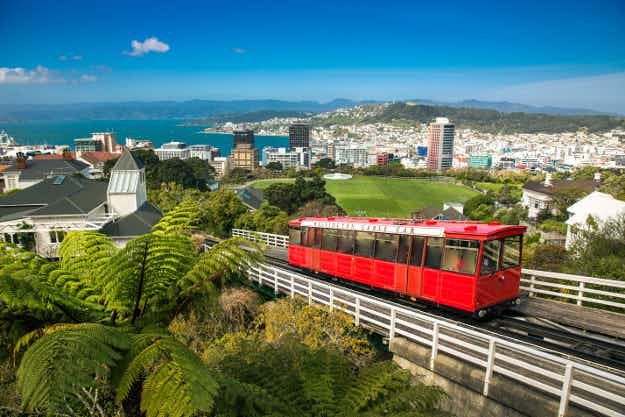 Get a free trip to New Zealand – if you’re…

This incredibly luxurious hotel has the most Instagram followers