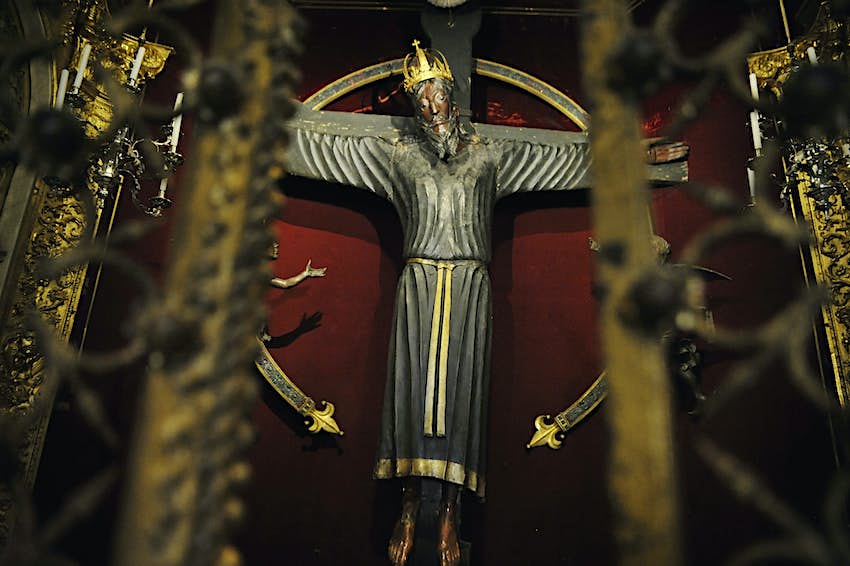 A celebrated statue on display in an Italian cathedral was recently discovered to be the oldest surviving wooden relic in Europe, dating back much further than previously thought.

Until now it was believed that a wooden crucifix on display in the Cathedral of San Martino in Lucca dated back to the 12th century. Known as the Volto Santo di Lucca or Holy Face of Lucca, the statue has been celebrated for nearly 1000 years as a symbol of the Tuscan city and an icon of Christianity. So widespread was the statue's fame throughout medieval Europe that its name was used by William II of England in his customary oath and was even mentioned by Dante in his epic poem Inferno.

Throughout much of its time in the Cathedral of San Martino, it was believed that the Tuscan relic was a 12th century replica of the original, which scholars understood had been brought to Tuscany in the eighth century. Now scientists have confirmed that the statue is in fact the original, estimating that it arrived in Lucca in AD 782 - making it the oldest known wooden relic in Europe still intact.

According to medieval legend, the Holy Face of Lucca had been sculpted by Nicodemus, a follower of Jesus, during the time of Christ with the help of a divine spirit. Due to risk of persecution it was hidden in a cave in Palestine for 700 years before being transported to Lucca in 782 by ship. The cross and portrait were mounted in the cathedral in Lucca the 12th century and its presence there transformed the Tuscan city into an important stop on the Via Francigena pilgrimage from Canterbury to Rome during the Middle Ages.

The best road trips in Italy

As an object of Christian worship, diagnostic studies were never carried out on the Holy Face until a test was recently commissioned to coincide with the 950th anniversary of the foundation of the cathedral. Scientists in nearby Florence at the National Institute for Nuclear Physics used three wooden samples and a fragment of canvas to determine when the relic arrived in Lucca, concluding that it was AD 782.

At a news conference on Friday, Annamaria Giusti, a scientist involved in the study, said that the team's research "closes the long-standing controversy over when it was made," adding "it can now be considered the oldest wooden sculpture in the western world."

Hike, paddle and climb your way around the best of Grand Teton National Park

11+ of the best lesbian bars in the US