Traveling around Sri Lanka by train is one of Asia's top adventures, but there are many other ways to explore this idyllic, teardrop-shaped island, from fast and furious local buses to domestic flights and hiring a car and driver.

Sri Lanka's year-round warm weather means there's never really a bad time to come, but the two monsoon seasons bring rain that can wash out dirt roads in national parks and cause problems for road transport in the hills. The easiest time to explore is the winter (December to March), which sees dry, sunny weather in the hills and on the west and south coasts, but some rain in the ancient cities.

The country’s vintage railway lines are indeed legendary, streaking along golden coasts and snaking around emerald tea plantations, but with poorly closing windows and open doorways, train travel can be a little damp during the monsoon seasons. At any time of year, the easiest way to explore is with a car and driver. Here’s a detailed guide to the best ways to get around Sri Lanka.

For many travelers, traveling by train is one of the highlights of a trip to Sri Lanka. Train travel is almost always more relaxed than going by bus – costs are comparable, and the trackside scenery is often spectacular. And Sri Lankan trains rarely see the same kind of crush associated with Indian trains, except during rush hour on the way into and out of the country’s largest city, Colombo, or on Poya days (monthly Buddhist holidays that occur on the day of the full moon).

However, the rail network is far from comprehensive. Most resorts on the west and south coasts are connected by rail, as are the the major towns of Sri Lanka's green hill country, but services are limited in the north and on the east coast. Journeys never last more than a day because of Sri Lanka’s relatively small size, but trains are slow and often late – and during the twin monsoons, rain can splash in through the open doorways and wonky windows of second and third class carriages.

The country’s rail network can be broken down into three main sections. The line south from Colombo runs past Aluthgama and Hikkaduwa to Galle and Matara, while the line east from Colombo – one of the world’s most scenic train rides – climbs into the hill country, linking Kandy, Ella and Badulla. The line north from Colombo travels through Anuradhapura to Mannar en route to Jaffna. One branch of this line reaches Trincomalee on the east coast, while another serves Polonnaruwa and Batticaloa.

Trains in Sri Lanka have three classes: first, second and third. Most first-class coaches have seats or sleeping berths, and some have flashy observation cars with large windows framing the views. Second-class seats have padding and fans overhead, while third-class seats have little padding and carriages can be uncomfortably full. Both second- and third-class carriages have open doorways that are great places to sit and snap photos of the passing scenery when the weather is dry.

Reservations for first class and second class carriages (where available) can be made at train stations up to 30 days before departure, usually at a designated reservation counter. Alternatively, bookings can be made through websites such as 12go.asia and agencies such as UK-based Visit Sri Lanka Tours. Always make a booking for the hugely popular first-class observation saloons on routes into the hills. Sleeping cars also book up far in advance. For third class, you can just show up and hope for the best.

Buses are the country's primary mode of transport, with routes connecting most towns and cities. There are two main types of bus – public Sri Lanka Transport Board (SLTB) buses and private buses – with big differences in prices between them.

Government-run public buses are typically bone-shaking rattletraps with no air-con. They are, however, inexpensive, with services running throughout the day on most long-distance and local routes.

Private buses run by independent companies range from modern air-conditioned coaches to ancient minibuses used for short hops between towns and villages. Private intercity routes tend to use small air-con buses that zip through traffic, offering quicker connections than standard private and government buses. As a guide, private buses cost around twice as much as public buses for the same route, but are usually at least twice as comfortable.

Finding the right bus at the chaotic bus stations of major cities and towns can be challenging, although almost all buses are marked with their destination in English. There is rarely a central ticket office; instead, you must locate the right parking area and buy your bus ticket either from a small desk on the platform or on board the bus.

Advanced reservations are not usually required, but some stations with reservation desks  let you book tickets before departure (particularly for air-con luxury buses). Ordinary class buses have limited luggage space so you may find yourself needing to buy a seat for your backpack too.

When you arrive at your destination, it’s wise to confirm the departure details for the next stage of your journey before leaving the station. Also, keep in mind that the front two seats on government buses are reserved for members of the clergy (ie Buddhist monks).

Hiring a car or motorbike

Self-drive car hire is possible in Sri Lanka, but it's far more common (and definitely safer) to hire a car and driver. If you’re on a short trip to Sri Lanka on a mid-range budget, the costs of hiring a car and driver can be quite reasonable, and you'll get an informed guide who normally speaks good English as part of the deal. If you do want to drive yourself, there are several hire companies based at Bandaranaike International Airport.

Motorcycling is an alternative for intrepid travelers. Distances are relatively short and the roadside scenery is gorgeous. The trick is to stay off the main highways to avoid competing with speeding buses and trucks. The quieter Hill Country roads offer some glorious views, and secondary roads along the coast and the plains are reasonably quick, and allow for easy stops at empty beaches and roadside curry and rice restaurants. Note that monsoon rain can cause problems for road transport in the hills.

Motorcycle and moped rental is nowhere near as commonplace as in countries such as India and Thailand, but it's easy to arrange at most resorts on the coast, with rates starting from around Rs1000 (US$5) per day. Keep an eye out for potholes and expect to see most traffic rules (particularly those around overtaking) being flouted – remain vigilant at all times and avoid riding at night.

An International Driving Permit (IDP) is required to drive in Sri Lanka and this must be locally endorsed by the Automobile Association of Ceylon. Most rental firms can do this on your behalf. In practice, this requirement is rarely followed up for motorcycle and scooter hire. For a memorable driving experience, consider hiring a three-wheeler through Tuktuk Rental or Negombo-based Ceylon Adventure Tours. Rates start from US$14 per day.

You can find drivers for hire as your personal chauffeur for a day or more in all the main tourist centres, either through local travel agencies, or through guesthouses and hotels. Check your drivers' language skills and have a detailed conversation about what you want to see and do, particularly if you have specific stops you want to make.

For short local trips – for example, from the middle of town to outlying attractions or nearby villages – you can request a taxi or three-wheeler via ride-sharing apps such Uber or local Sri Lankan ride-share apps PickMe and TaxiYak.

Domestic flights, operated by Cinnamon Air, connect Bandaranaike International Airport, near Colombo with a number of domestic destinations including Batticaloa, Jaffna, Kandy and Sigiriya. Flights use small turboprop planes or seaplanes and prices are high for the distances covered. Unless you’re really in a hurry, a train, bus or long-distance taxi ride is usually a more convenient, cheaper and greener way to explore Sri Lanka.

With the heavy traffic on roads in Sri Lanka, long-distance cycling is best left for the north and east of the country, where roads are quieter. Cycling around historic areas such as Anuradhapura and Sigiriya is a great way to explore these important sites; guesthouses rent out inexpensive Chinese- and Indian-made mountain bikes for about Rs500 (US$3) per day.

When travelling long distances by bike, start early in the day to avoid the heat, and carry water and sunscreen. Daily distances will be limited by the roads and driving conditions; be prepared for lots of prudent ‘eyes down’ cycling as you negotiate a flurry of obstacles from potholes to chickens.

Speeding buses, trucks and cars use all parts of the roadway and shoulder, so be cautious and wear highly visible clothing, and be ready to pull over to let large vehicles pass. When heading out of Colombo in any direction, take a train to the edge of the city before you start cycling.

When taking a bicycle on a train, there are forms to fill out, so arrive early, at least an hour before departure (or more than this in Colombo). Bikes are transported as cargo and not every train will take bikes so check in advance. It costs about twice the second-class fare to take a bicycle on a train.

Rough roads and rampless pavements can be difficult for those in a wheelchair and for the visually impaired. Few hotels have rooms specifically set up for wheelchair users, but many have ground-floor rooms and modern beach resorts often have accessible rooms. Buses and trains don’t have facilities for wheelchairs, but hiring a car and driver may be an option.

You might also like:
12 places that should feature on every Sri Lanka itinerary
Tea trails, rugged ruins and sacred summits: the best hikes in Sri Lanka
On board Sri Lanka's most epic train journeys

This article was first published April 2021 and updated November 2021 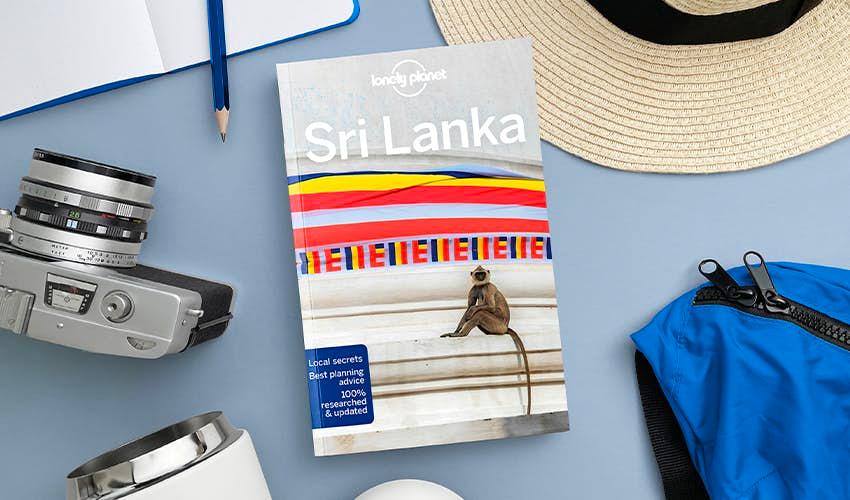 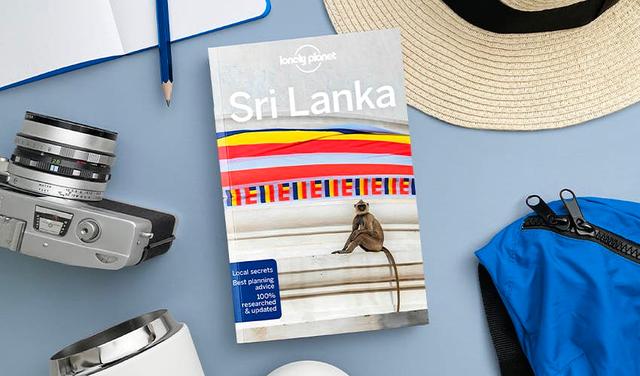