France’s refreshing Nord-Pas-de-Calais has been overlooked by travellers for too long. The region has embraced the jokes about chilly weather and yokel locals while quietly transforming into a world-class destination with a daring arts scene, clutch of historic sights and irresistibly rugged charm. Here are five experiences not to miss in northern France this year.

Catch the buzz in revamped Lens

The new Louvre gallery in Lens (www.louvrelens.fr) has had an eventful first year. First was the wave of scepticism, as art lovers pondered the news that France’s most famous gallery was setting up an outpost in Lens, a depressed former mining town. Then came controversy when a vandal defaced the Louvre-Lens’ piece de resistance, Delacroix’s Liberty Leading the People. More recently there have been fears that the ‘Guggenheim effect’ - the extraordinary renaissance of Bilbao credited to the world-famous gallery  - would never materialise in Lens. 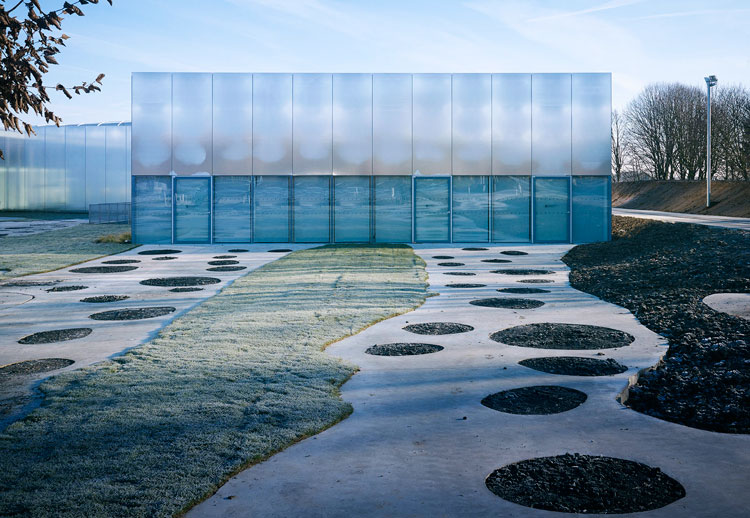 But the genre-busting Louvre-Lens deserves attention. All polished aluminium and glass, the gallery's futuristic air is a delicious contrast to northern France's rustic red palette. Its ambitious Galerie du Temps aligns thousands of years of art in a single room. And while there’s been no sudden makeover for sleepy Lens, sceptics will be pleasantly surprised. Food lovers will have reason to linger after the gallery doors close: seafood at rustic Au Bouchot (lebouchotlens.extra-flash.com) is exceptional, and slick Le Cesarine (20 av Alfred Maës) serves up some of the best local food in the Nord-Pas-de-Calais. The area’s natural sights are also starting to make their mark. ‘Europe’s highest slag heaps’ is a boast that might make you choke on your Flemish ale, but more travellers are starting to explore the Lens plains, scarred and shaped by the region’s mining history. Mentioning Lens still triggers a twitch in Parisians’ elegantly tweezed eyebrows, but there’s no question this town is on the rise. 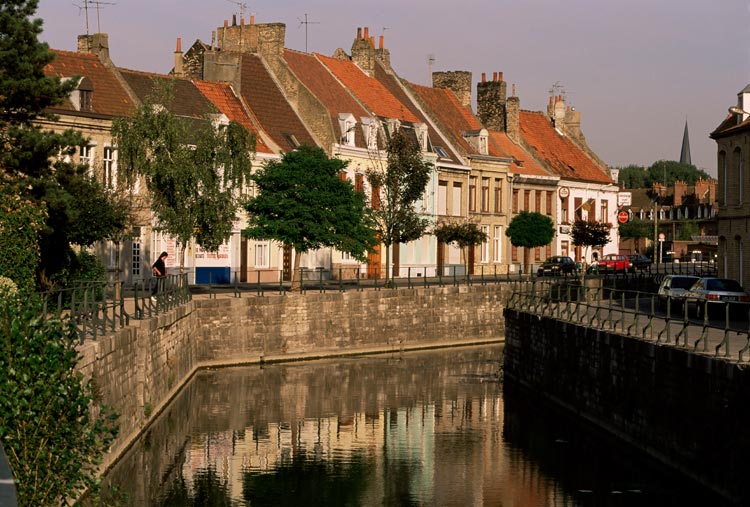 War monuments and cemeteries in northern France, such as Dunkirk’s battlefields, attract a steady stream of visitors paying tribute. But the start of World War I’s centenary this year means a host of commemorative events taking place across Europe. Flanders, which encompasses the Nord-Pas-de-Calais region, its surrounds and part of Belgium will experience a rich calendar of special exhibitions, floral tributes, parades and lectures this year (check out a full rundown on www.greatwar.co.uk/events/somme-events).

But whether or not you’re timing your travels for a particular event, there are plenty of ways to immerse yourself in the Great War’s history. Explore the Carrière Wellington, a network of underground war tunnels in Arras (www.arras.fr/tourisme; French only). Pay a visit to the region’s war cemeteries, such as the world’s largest French war cemetery and a stately ossuary at Notre-Dame de Lorette (www.cheminsdememoire.gouv.fr/en/notre-dame-de-lorette), and the vast Étaples Military Cemetery (www.cwgc.org). Or hire a car to roam the Circuit of Remembrance, a 40-mile route around northern France that takes in historic sights including the Lochnagar crater and the Somme Museum in Albert (www.musee-somme-1916.eu) (check out the full route here). 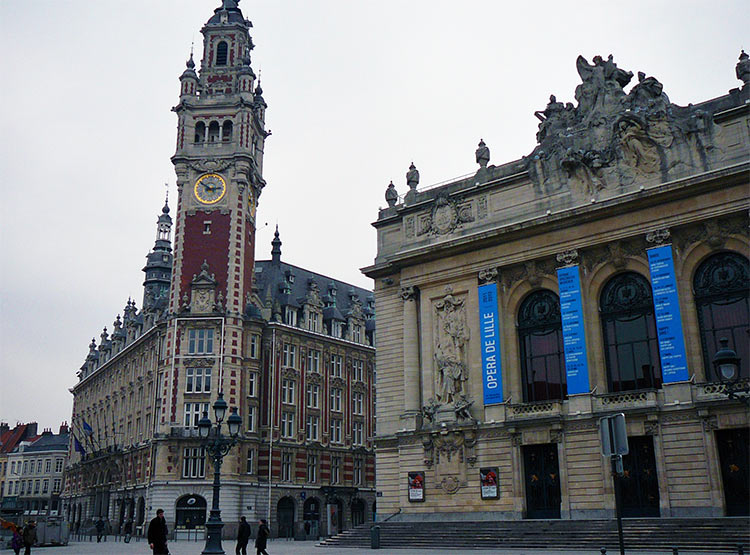 Get merry in Lille

Lille is no longer just a Eurostar stop between London and Brussels. The capital of Nord-Pas-de-Calais, this friendly city is winning visitors over with its charming old town, great eateries and yes, those much-maligned winter markets - all for a fraction of the price of Paris, bien sûr.

Start in the Grand Place, formerly a medieval marketplace and now home to the city’s most beautiful building, La Vieille Bourse. This 17th-century stock exchange ripples with cherubs, horns of plenty and carved lions. From there take rue de la Bourse into Vieux Lille, the old town home to some of Lille’s most interesting sights: Flemish buildings painted orange and dusky rose; the neo-gothic Notre Dame de la Treille cathedral (www.cathedralelille.com); and even a Masonic temple with burnished gold relief. 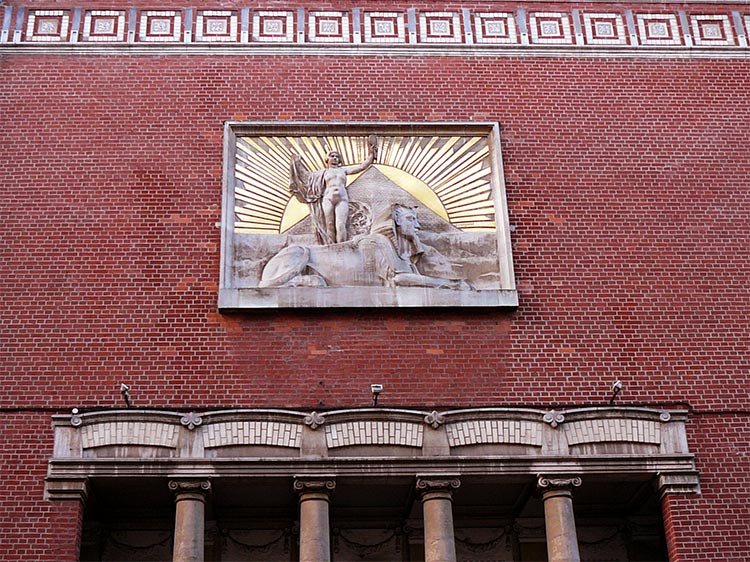 Crucially for a city renowned for its friendly nightlife, this district is also packed with Lille’s most atmospheric eateries and liveliest places to drink. Wolf down galettes (savoury buckwheat crepes) at Le Repaire du Lion (www.lerepairedulion.com), slurp oysters at L’Huitriere (www.huitriere.fr) and drink your fill of Belgian beers at L’Autrement Dit (www.lautrementdit.com). 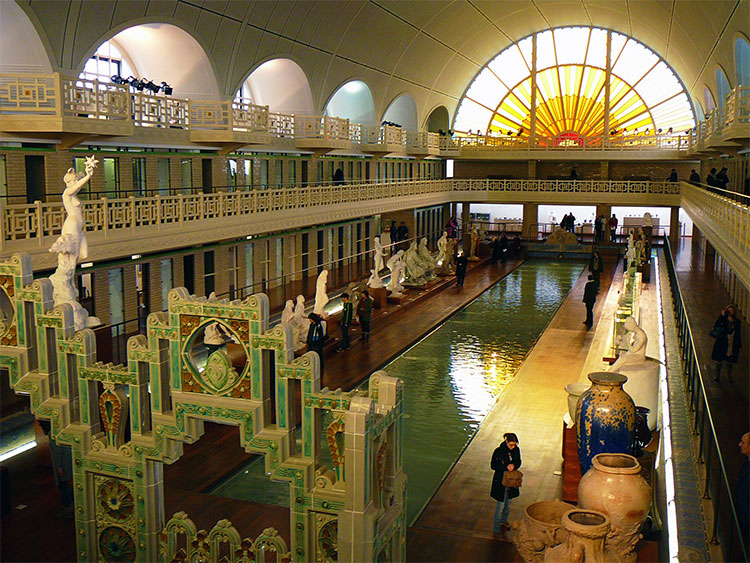 Lille is the perfect base for exploring the region’s lesser-known highlights, including Roubaix, Amiens, Arras and Villeneuve d’Ascq. Each of these unassuming towns has a star attraction, so they’re ideal for day-trips.

Roubaix’s crowning sight is La Piscine, an utterly unique gallery space in a former swimming pool. The gallery has a breathtaking array of sculptures and paintings, lit by an enormous stained-glass sunset. It’s also worth exploring Roubaix’s neck-craning Eglise St-Martin, dating to 1511 - and leave time for a hearty Flemish stew at local favourite Baraka (www.cooperativebaraka.fr).

Over in Amiens, the big highlight doesn’t require much of a search - simply look up. The city’s cathedral is the tallest in France, dwarfing the world-famous Notre Dame in Paris. And there’s only one thing you should be nibbling on as you gaze up at its wealth of gothic flourishes, tracery and stained-glass windows: macarons d’Amiens, local almond and honey cakes.

In Arras you'll see a much more eclectic blend of architectural styles. The wealth of influences is the result of an astonishing post-war rebirth. More than 90% of Arras' houses were reduced to rubble in WWII, but the painstaking rebuild in the following decades has produce a visual feast where colourful art deco facades jostle with narrow Flemish-style housefronts and Baroque stylings.

Finally, underrated Villeneuve d’Ascq is becoming a niche art hub because of LaM (www.musee-lam.fr), its museu 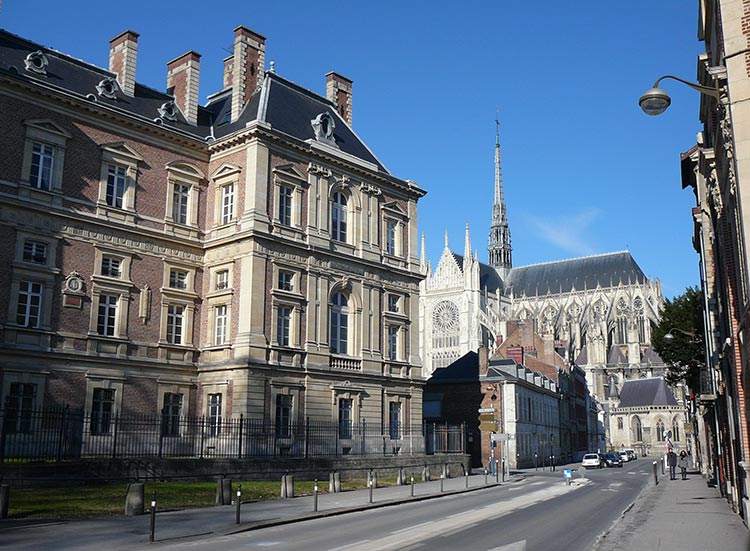 A new craze for northern France was born after the 2008 release of ‘Bienvenue chez les ch’tis’ (translated as Welcome to the Sticks; a ch’ti is a term for a northerner and a type of regional French slang). Ever since this affectionate satire, the unpretentious warmth of northerners has been a mainstay of French popular culture (sparking offshoot TV shows about no-nonsense northerners and their exploits).

It took a while for travel to the region to feel the ch'ti effect, but Bergues, where most of the film’s action takes places, is riding the wave. There are guided tours of the film’s key sights while visitors continue to be surprised by Bergues’ small-town prettiness and the peaceful plains of Flanders (see www.bergues-tourisme.fr; French only).

‘A stranger coming to the North cries twice,’ according to the movie. ‘Once when he arrives, and once when he leaves.’ When the time comes for you to leave behind the Nord-Pas-de-Calais's quaint and quirky towns, rich history and hearty cuisine, we think you’ll agree.

Anita Isalska is a writer and editor based in Lonely Planet's London office. A former Lille resident and Francophile, she's never happier than with a glass of cider in a cosy northern French brasserie. Follow her on Twitter @lunarsynthesis.