Five reasons why Taiwan should be on your bucket list

10/10/2011 marks the 100th anniversary of the Republic of China. Although deposed from mainland China in 1949, the ROC government still controls Taiwan (as well as a few off-shore possessions). Despite having an immensely rich cultural and spiritual heritage, amazing food, world-class hot-springs and stunning scenery, Taiwan is normally thought of more for its exports than as a place to get into.  We think this is a shame, as the island has enough going for it to make any traveller’s bucket list.

Visually stunning, Taiwan is a shutter-bug's paradise. Running down Taiwan's spine is the Central Mountain Range, a magnet for mountaineers looking to scale East Asia's tallest peak, Yushan (Jade Mountain). Photographers are drawn daily as Yushan’s peak is the perfect spot from which to catch a shot of the ‘sea of clouds’ sweeping over the mountains at dawn. Taiwan's beaches are beautiful as well, offering some of East Asia's finest surfing and windsurfing spots.

SEE: Running along a thin strip of land between the Central Mountains and the Pacific, Taiwan's East Coast Highway is easily one of East Asia's most beautiful spots for cycling. Check out this website for information about trips, tours and bike rentals.

Taiwan draws much of its culinary heritage from China, but to label it ‘Chinese food’ is an oversimplification. When the first Han settlers came from China, the recipes and cooking styles they brought along met the ingredients and culinary traditions of Taiwan's aboriginal peoples and became something new and different. This new cuisine was further modified, first by new immigrants from other areas of China, and later by the Japanese who ruled the island for 50 years. Seafood, sweet potatoes, taro root and green vegetables cooked very simply are at the heart of many traditional Taiwanese sit-down meals, while roadside stands and night market stalls offer variety worthy of its own story to those who enjoy eating al-fresco.

EAT: Perhaps the best place for foodies to taste what Taiwan has to offer is at the local night market. Which one is best is a source of heated debate, but for our money the Keelung Night Market (about an hour from Taipei) is tops, offering both an excellent selection and plenty of signs in understandable (and sometimes amusing) English.

Being located on top of the geologically unstable ‘ring of fire’ has one major upside – no matter where on the island you go, you're bound to be within shouting distance of an amazing natural hot spring. Taiwan is home to one of the globe's only accessible seawater hot springs, the Sunrise Spring on Green Island (a small island off the southeast coast). You don't even need to leave Taipei to soak:  a quick hike from Taipei's Xin Beitou metro stop is where you'll find hotels and resorts offering piped-in sulphur hot springs, said to be the all-around healthiest for the skin. There's also an excellent public hot spring.

SOAK: Two hours by train or bus from Taipei, the east-coast town of Jiaoshi draws hot-spring lovers from around the island. (There's even a hot-spring fed fountain outside the train station that folks soak their feet in). Jiaoshi's Art Spa Hotel has one of the town's best public spas, with multiple pools and Taiwan's only hot-spring waterslide.

Buddhist, Taoist and Confucian temples abound throughout Taiwan, not merely as static tourist attractions, but as active centres of culture and worship. Must-see temples in Taipei include Longhsan and Guandu temples (both of which have their own metro stations). The southern city of Tainan is a must-visit for temple lovers, and if you're willing to take a 40-minute flight to the windswept Penghu archipelago, you'll be able to explore dozens of East Asia's most gorgeously ostentatious – and least visited – temples.

EXPLORE:  Past a small gate in the heart of Taipei's ultra-fashionable Ximending district at 51 Chengdu Rd lies the small but utterly fascinating Tien-ho temple, complete with statues of Matsu (the Empress of Heaven) and ancient Chinese generals, a bell tower and a small dragon-shaped pond filled with huge carp.

Taiwan offers no shortage of activities for the erudite, and the capital's vibrant museum scene is yet another of its understated attractions. The most famous of these is the National Palace Museum in Taipei, which houses a sizable chunk of China's artistic heritage (taken - or rescued, depending on who you ask - by Nationalist troops fleeing China in 1949). So voluminous is this collection, which ranges from paintings and scrolls to ancient porcelain and statues, that only a fraction of it is ever on display at once.

LEARN: Taipei has dozens of other excellent museums catering to a wide variety of interests from modern art (The Museum of Contemporary Art) to religion (The Museum of World Religions) to very, very tiny things (The Miniatures Museum) 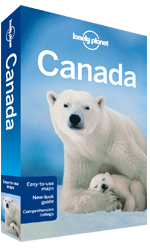