If you think of Australia’s capital as just another seat of government, you need to get outdoors more. Canberrans are an active crowd, savouring the weekend to hike, bike or ski away a working week in their backyard. The Australian Capital Territory boasts adrenaline-charged downhill cycling, hiking to Aboriginal rock art sites and plenty of chances to encounter unique fauna in its natural environment. So loosen the tie, grab some hiking boots and get set to make the most of the city known as the ‘Bush Capital’.

Weaving through its leafy environs, Canberra’s excellent bike paths make it possible to wheel through much of the city. To get into gear, pedal around Lake Burley Griffin, designed as Canberra’s centrepiece and when the sun glitters across the water you can see why it’s the dazzling heart of the city. It’s popular with weekend walkers and lunchtime runners, but you can cover more ground cycling. The easiest ride is the central loop that takes in some of the city’s most significant monuments. It can be spectacular when the Captain Cook Memorial Jet is firing jets of water into the spring sunshine.

A favourite lake ride is the Western Loop taking in the National Museum of Australia, skirting through the woods out to Scrivener Dam then past the elephant trumpets of the National Zoo and Aquarium and round past Yarralumla. Allow two hours so you can stop off to enjoy views up to the Arboretum or just catch your breath (there are a couple of hills but nothing major). The Eastern Loop gets a little wilder out through the Jerrabomberra Wetlands though you can stop for a civilised coffee at the Old Bus Depot Markets.  All of these routes are well signposted plus there’s a handy map online so you can link the routes into a day’s cycling.

For a longer ride, the Centenary Trail makes for a three-day cycle, taking in much of Canberra. If you’re after more rugged terrain, Stromlo Forest Park has excellent mountain biking, including bouncing over the 2km Vapour Trail, a series of jumps that gets more intense the further you go.

While it’s a great bike ride, taking the Centenary Trail at hiking pace makes for a solid week of walking that lets you enjoy the terrain and wildlife along the way. Kicking off at Parliament House, the 145km trail wends in and out of the city and all throughout the ACT. It takes in Mount Stromlo, the iconic Black Mountain and the historic town of Hall. If you haven’t got seven days to do the whole trail, bite off a shorter section like 8km legstretcher from Kambah Pool to Tuggeranong Town Centre.

Further afield, Namadgi National Park promises more hardcore bushwalking (Australian for hiking) through eerie granite boulders, huts and homes from Australia’s colonial history and further back to see Aboriginal rock art. One of the easiest strolls is the 6km Yankee Hat Track that takes you to Canberra’s only known rock art by the Ngunnawal people who painted clay and ochre interpretations of humans and animals to puzzle over. Check in at the visitors centre to find a walk that suits and ensure the right trail conditions before heading out.

Pick up the pace with a run around Lake Burley Griffin by following the lakeside loops. In April, the Australian Running Festival takes to the streets with a full marathon or shorter 5km jogs – which all take in the lake and Parliament House.

There are plenty of chances to spot wildlife throughout the Bush Capital. It’s hard to miss kangaroos bouncing around Mount Ainslie or Mount Majura with dusk the best time to watch the marsupials slowly grazing on the slopes. But Tidbinbilla is your best bet to check off Australia’s unique fauna in its habitat. Not far from the Tidbinbilla visitors centre, you’ll spot roos and mobs of emus pecking their way around grasslands.

If you venture just a little further into the park, there’s a koala sanctuary that makes one of the best places to meet the furry critters as they are well protected and consequently are among the nation’s cheeriest bears. Take the short Sanctuary Loop to have potaroos scampering across your trail and you might even spot a reclusive echidna trundling off to hoover up ants. For a unique furry friend, you can search out the platypus in Black Flats Dam. They’re known for having stage fright if you’re in a larger and noisier group, but with a quiet approach you might spy the duck-billed divas scurrying into water for a paddle.

In winter, Canberra gets gentle snowfalls that you can spot when the nearby Brindabella Ranges put on their winter coat. If you’ve got the room in the itinerary, a few days in the Snowy Mountains (affectionately called the Snowies by most locals) make for atmospheric skiing through gum trees with runs to suit most levels of experience.

But if you’re just keen for some snowplay and beginners skiing, Corin Forest gives a taste of the snow within an hour’s drive of the city. Half-day ski classes are perfect starters for junior snow bunnies. If all that falling down proves too much for kids there’s always a snowball fight and all will be forgiven for a hot chocolate around the impressive indoor fire.

When the snows start to melt, Canberra’s surrounding waterways become a playground for rafting, kayaking and stand up paddleboarding. The Murrumbidgee and Snowy rivers both rush with white water that makes for brilliant rafting. Unless you bring your own gear, it’s easiest to partner with local operators such as Alpine River Adventures who do 1-2 day trips and know their way down the best (and worst) rapids.

For something a little tamer there’s plenty of good swimming holes around the capital. Taking to the lake in a kayak is an effortless way to see the capital and you can hire from YMCA’s Paddle Hub. For swimming, try Kambah Pool, your chance to swim in a gum tree-lined gorge amid cockatoo squawks on the Murrumbidgee River. There are sandy beaches that make for perfect picnicking as well as a dedicated nudist area around the bend.

Exhausted yet? Save some energy for an experience that you can only have in the capital. Sure, cycling past the Parliament is fine or spotting kangaroos minutes from a city centre is impressive, but top it all by looking down on Canberra from a balloon to witness the whole city set amid bushland. The best time to hit the heights is during the Canberra Balloon Spectacular in March, held on the lawns of Old Parliament House, a venue that has created more than its fair share of hot air. The festival offers balloons of all shapes – in the past there have been Angry Birds, Yoda and Smurfs gazing down contentedly at the capital. Outside of the festival, Balloons Aloft and Dawn Drifters offer the best perspective of Canberra and its wild surrounds. Both the city and its wilderness will reward the adventurous. 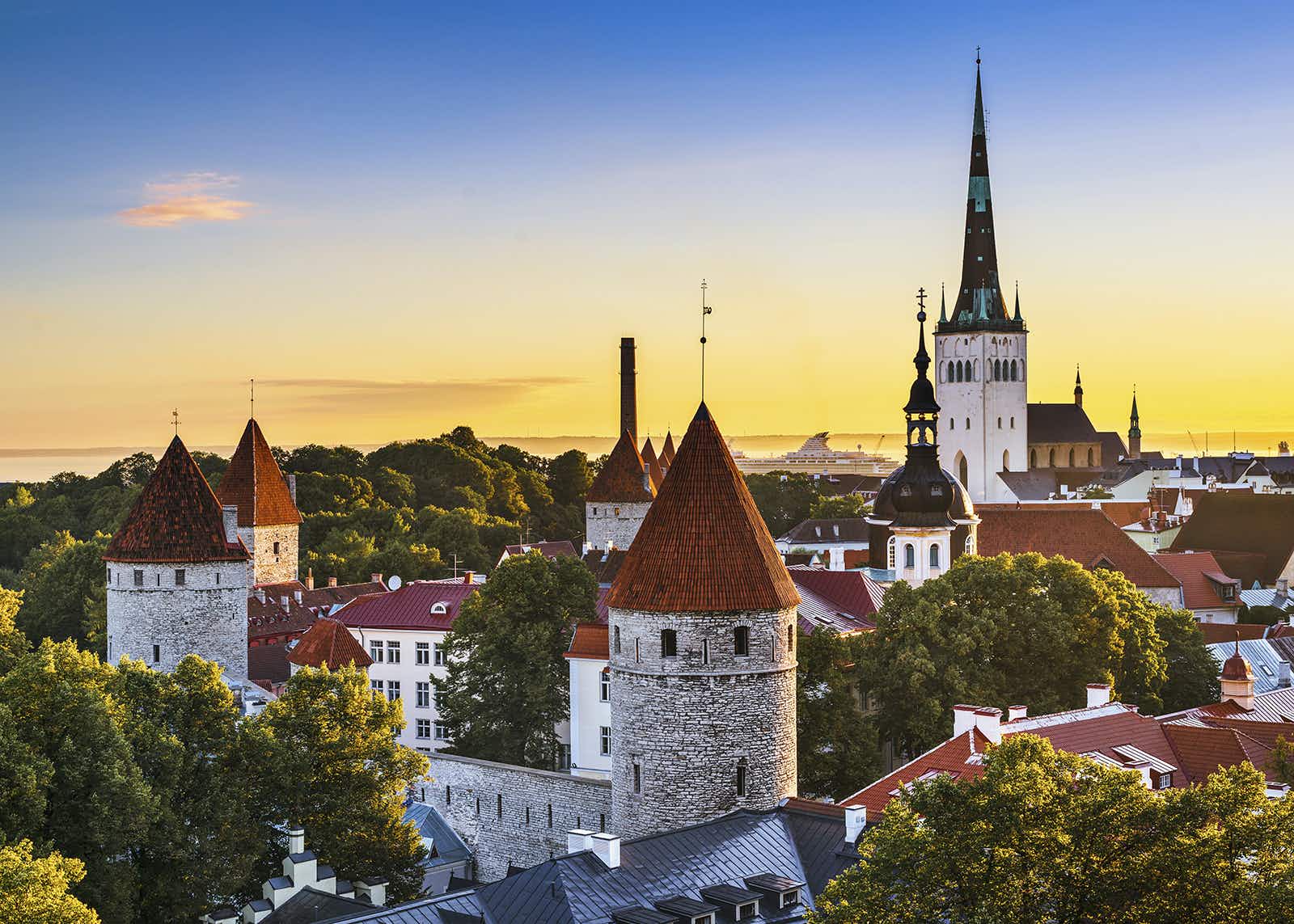 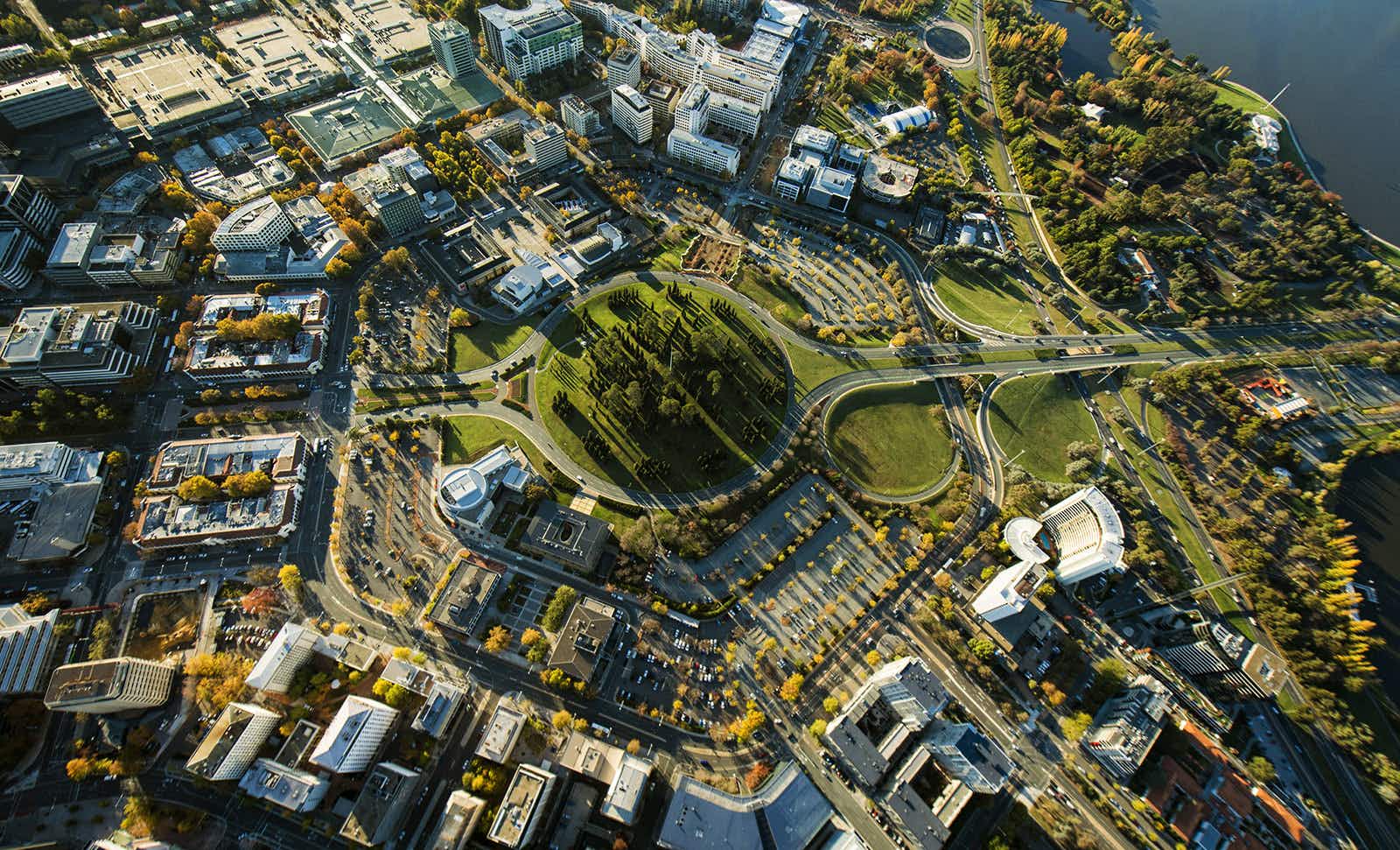 Sightseeing in Canberra: discover essential landmarks in the Aussie capital…