Cork is a curious and compelling place. Ireland’s second city is at once full of life and overhung by the past. Millions of Irish migrants passed through here in the 19th century on their way to North America, leaving evocative traces of their passage.

The city, and the nearby ports of Cobh and Kinsale, are looking elsewhere these days, with a reputation for fine food, numerous cultural gems and an infectious love of a good time.

Cobh, just outside Cork, home to one of the largest natural harbours in the world. Image by Danita Delimont / Getty

Butter, bells and religion: getting some perspective

Cork is a tangle of streets and alleys, cut by waterways and dotted with pubs and restaurants. It’s a great base from which to explore Ireland’s southern tip, and a fine destination in its own right. You can get some perspective on it from Shandon, an area just north of the centre that peaks with 18th-century St Anne’s Church. There are wonderful views from the cramped climb up its proud tower. In the rooms below, you can – rather thrillingly – ring the church bells.

You can ring bells and gaze down on the city from St Anne's Church. Image by Megan Ahrens / Getty

Nearby, the old-fashioned Cork Butter Museum reminds visitors that Cork was once the world’s biggest butter market, taking produce from farms all over Ireland and sending it out to the British Empire in distinctive ‘firkin’ casks.

Indeed, there are reminders of history across Cork, whether founded in wealth (the Gothic whimsy of St Fin Barre’s Cathedral and the proud houses of the butter merchants) or repression (the walls of Elizabeth Fort in the south of the city and the cells of Cork City Gaol).

Eating and drinking are a highlight for many visitors. Cork’s English Market is a national treasure, and locals and visitors flock to its handsome Victorian interior to sniff out the mainly local meat, fish, cheese and sweet treats. The Farmgate Cafe on the mezzanine is one of the best places to eat in town, combining seasonal produce and a traditional approach to delicious effect.

It’s possible to dine very well elsewhere – Market Lane is a smart but convivial bar-restaurant that offers inventive dishes alongside old favourites, while Jacques is a pleasant bistro with a fish focus.

The city’s pubs are a great place to kick back. The Oliver Plunkett is a decent all-rounder, with sport and live music, while the Long Valley combines a relaxed vibe with furnishings from 19th-century ocean liners. Stouts (not just Guinness – Murphy’s and Beamish have their origins in Cork) are popular, while whiskey fans can head out of town to Midleton’s Jameson Experience. Craft beer is an increasing feature, and the Franciscan Well Brewery’s fine ales are available around the city – their pub has a substantial beer garden and is a lovely place to try out a few.

Cork was European Capital of Culture in 2005, and boasts a fine scene. The most striking modern building in town is the Lewis Glucksman Gallery, which sits like a quirky, postmodern keep in University College Cork’s tree-lined campus a short walk southwest of the centre. Rotating contemporary exhibitions can be found inside, and the relaxing café overlooks the riverbank. Back in town, the enjoyable Crawford Municipal Art Gallery has an impressive collection of classical statues as well as more modern works.

King Kong Company at the Indiependence Festival. Image by John Loftus / CC BY 2.0

But culture isn’t just there to be stared at, and an impressive range of festivals – 24 at the last count – keep the city buzzing for much of the year. The Cork Folk Festival (corkfolkfestival.com) runs gigs through the day and night in late September and early October, pulling pub backrooms and grand old theatres into service for fruitful traditional music that ranges from the foot-stomping to the hushed. Other highlights include the Cork Jazz Festival (jazz and pop), the Cork Midsummer Festival (arts; corkmidsummer.com), Indiependence (alternative rock and dance; indiependencefestival.com) and the West Cork Literary Festival (westcorkmusic.ie/literaryfestival/programme).

Cobh: next stop, the New World

Cobh was the Titanic's final port of call. Image by Olaf Protze / Getty

Cobh, just east of Cork City, resonates with echoes of the past. It was known as Queentown in the nineteenth century, and almost three million people passed through what was the main route from Ireland to North America. Trans-Atlantic mail flowed through here, and this was the Titanic’s last port of call: the vast ship left Cobh at 1.30pm on 11 April 1912 and hit an iceberg just before midnight on 14 April, sinking with the loss of two-thirds of its 2,224 passengers and crew.

Two museums in town offer some background. The Queenstown Story focuses on migration, showing the journey faced on vessels with conditions so grim that some became known as ‘coffin ships’. Titanic Experience Cobh explores the doomed ship, revealing the circumstances that led to its crash, and its extraordinary contents, including a swimming pool, palm trees and 1400 sacks of mail. The exhibition sits in the former offices of White Star Line, the company that built the Titanic, and you can stand in the exact spot passengers were ferried from on their final voyage.

The epic St Colman’s Cathedral sits on a hill above the waterfront. The views of the port and bay from here are stunning, stretching past the former fort and prison of Spike Island.

Pirates, food and forts in Kinsale

Kinsale, 30km south of Cork, has had to move with the times. A vital trading hub in the age of sail, its small harbour lost out to nearby Cobh once iron and coal replaced wood and wind, while overfishing decimated the pilchard stocks that were a major source of income.  Indeed, many locals – most of whom were peasant farmers – never saw the benefits of either industry.

These days, pharmaceutical companies and tourism sustain the town. History is a big part of Kinsale’s appeal, alongside some great restaurants and its lovely setting, in a bay encircled by hills. A walking tour is a good way to get a handle on the past – Don & Barry (historicstrollkinsale.com) or Dermot Ryan can talk you through pirates, Robinson Crusoe, Polar exploration and the Lusitania, whose sinking by a German U-boat encouraged the United States to declare war on Germany in WWI.

Yet the best thing to do in Kinsale is arguably to head out of it to Charles Fort, taking a 30-minute walk along the coast that takes you past wonderful views and two fine pubs: the Spaniard, home to nooks, crannies and some nice outdoor seating, and the Bulman, with decent food by a small cove. The vast, star-shaped fort at the end is great fun to explore, and gazes out to the mouth of the bay. The calm waters and green hills of this gateway to the Atlantic still feel touched by sorrow.

You can stay in Cobh or Kinsale, but Cork is probably the best base, combining a decent range of sleeping options with good eating and nightlife. Cork can be reached via direct flights from numerous European cities, and is an hour by bus from Kinsale, and 30 minutes by train from Cobh.

James travelled to Ireland with support from Tourism Ireland. Lonely Planet contributors do not accept freebies in exchange for positive coverage. 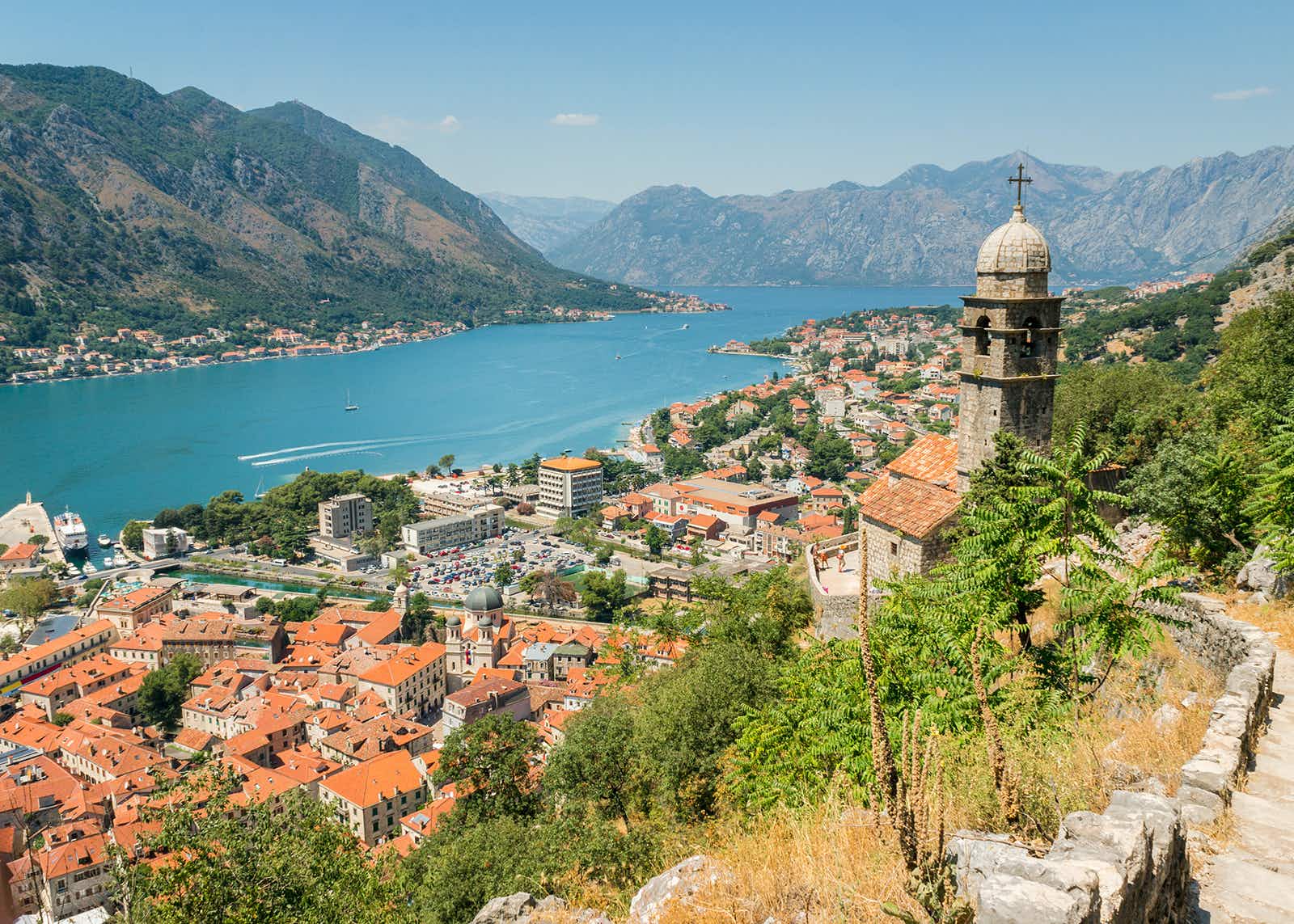 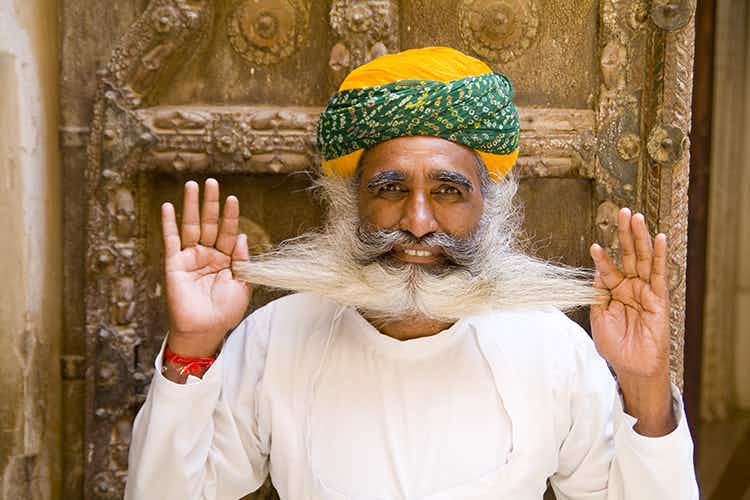