Inside the earthships in the New Mexico desert, built to survive the Apocalypse

These eco houses built in the desert in New Mexico to survive natural disasters could keep you safe during Armageddon - if you can afford the princely sum of $1.5million. Stunning pictures show the alien-looking exteriors of these houses, known as Earthships, as well as a wall built from tyres and the food-producing greenhouse that is a feature of each unit.

The alien-looking exteriors of an Earthship. Image by MediaDrumWorld

The images show a community built by Earthship Biotecture that is designed for post-disaster survival. The company makes the claim that the structures are so self-sufficient, they could reverse the effects of climate change if built in sufficient quantities.

“Our houses would work during and post-disaster,” according to Michael Reynolds the Earthship creator. “Our buildings resist earthquakes, typhoons and even fire. We want to emphasise how strong they are. Ponded tyres are so strong and the house provides you with all the necessities for human survival. Earthship is an eco-system in itself."

Outside the greenhouse section of Phoenix Earthship. Image by Media Drum World

“The purpose of the homes is to make people self-sufficient and the house itself takes care of them. The house provides people with shelter, energy, fresh water, food and waste disposal sewage and garbage.

The fireplace in the Phoenix Earthship, the house is valued at $1.5m. Image by MediaDrumWorld

“The human way of life is threatening the planet and you can see the result in strong weather changes and natural disasters. Earthships could reverse climate change if built on a big scale and people living in Earthships are safer, so we should prioritise the building of them in affected areas.”

Inside the Eve Earthship which has a wall built from tyres. Image by Media Drum World

Despite supposedly making you ‘bill free for the rest of your life,’ these Earthship homes don’t come cheap. The Phoenix Earthship is for sale for $1.5million and comes with three bedrooms and two bathrooms.

Flowers and bananas grow in the greenhouse of the Phoenix Earthship. Image by: Media Drum World

The Picuris Earthship comes slightly cheaper at $515,000 and boasts two bedrooms, two bathrooms and a two-car garage. If you don’t fancy spending this much, older Earthships are for sale for around $100,000. Earthship Biotecture are a green architectural movement that took root in the desert of New Mexico forty years ago. That’s when Michael Reynolds, 69, began experimenting with building homes out of garbage and natural materials that he called “Earthships”.

So just what is different between these homes and normal houses? Everything, according to Reynolds. “This is why we are doing "BIO-tecture" opposed to architecture,” he said. “We are an evolved concept of housing, more organic, using the nature and the biology as a supreme model of living in harmony with the planet earth. Conventional houses make you spend money - to build it, to warm it, to cool it, to add water to it or electricity and gas. Our homes make you bill-free for the rest of your life: you harvest your own water, your own energy and produce your own food.” 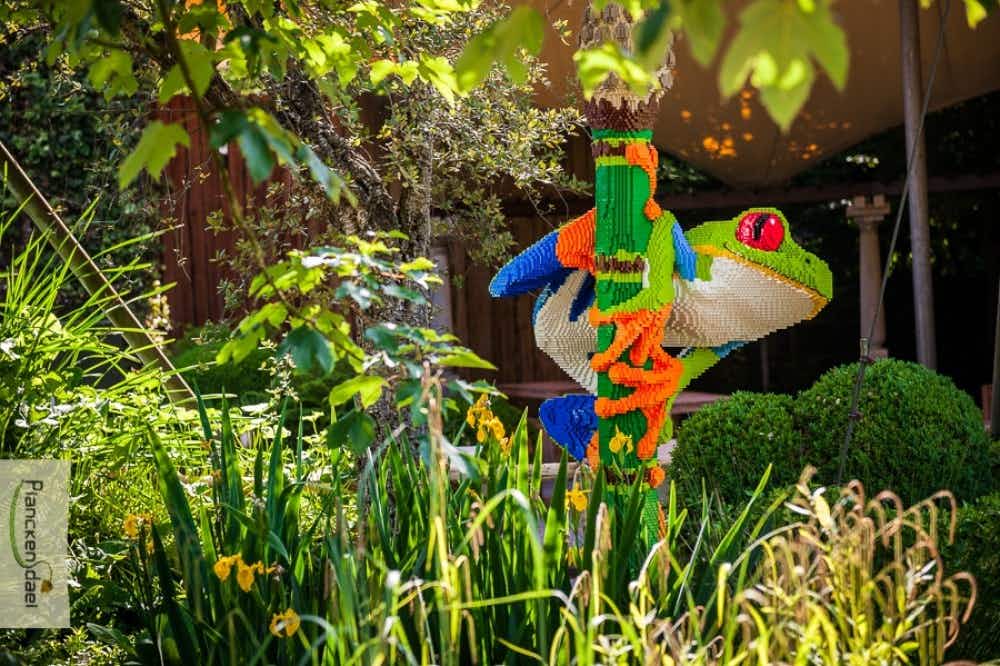 Explore a zoo of endangered animals made entirely of Lego… Some of New York’s top attractions will be free on…