Driving through the wilderness on Chile's Carretera Austral

When you hear the term 'Southern Highway', you might imagine an orderly, well-paved route through the wilderness. You'd be wrong. Northern Patagonia, which the Carretera Austral bisects, is home to pioneers who’ve managed to tame the land just enough to make a living in the small settlements that dot the route. The road – a Pinochet-commissioned project that took over 20 years to complete – is still Chile’s most challenging road trip. Though parts of it have been paved over the years, much of the highway is still dirt and gravel, meaning the pertinent question is not 'Will I hit any potholes?' but rather 'Which potholes should I hit to cause the least damage to my car?' 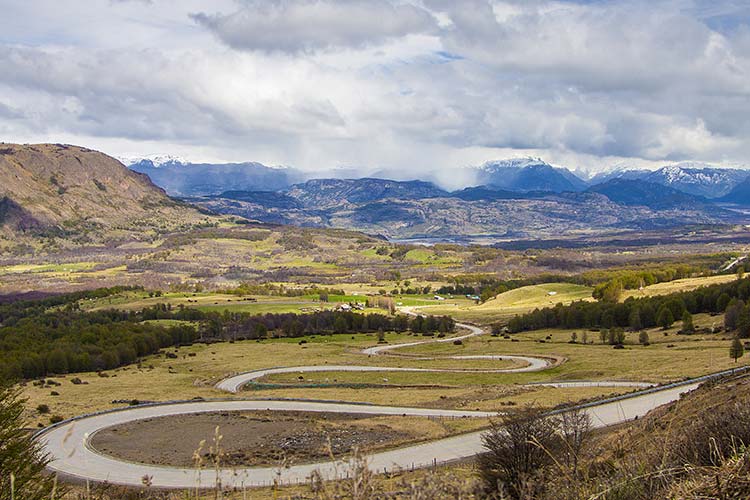 At its northern end, the road starts at the ferry dock of Caleta Gonzalo and slices through the southern half of Parque Pumalín, an immense protected area owned by US philanthropist Doug Tompkins, with numerous hiking trails branching from both sides of the road. The first settlement south of the park is the half-ruined town of Chaitén. When the Chaitén volcano erupted in 2008, the hardiest of the evacuated villagers refused to be permanently relocated. Essential services are up and running, but the ruins of houses, half buried in a mix of mud and ash, are a poignant reminder of the volatility of the land.

A partly paved, heavily potholed section, prone to landslides and rockslides, runs south to Villa Santa Lucía, a dreary crossroads settlement. The eastbound branch is a good gravel road, steep in places, which runs across to the border with Argentina, passing through the cute mountain town of Futaleufú along the way. Though Río Futaleufú has been under threat for years from hydroelectric companies, it still presents one of the world’s biggest challenges to white-water rafting and kayaking enthusiasts with its numerous Class IV and V runs.

Further south from Villa Santa Lucía, a potholed, sometimes narrow stretch of road reaches La Junta, a former estancia turned market town with a monument to Pinochet, which makes a good refuelling stop. Heading downhill through a dense forest, the road then emerges by Puyuhuapi on the Ventisquero Sound. This town was settled by enterprising Germans in the 1930s – they set up a textiles factory, which still flourishes. The area is particularly well known for its hot springs – the basic Termas del Ventisquero, further south beside the road, and the exclusive Termas de Puyuhuapi, part of a hotel and only reachable by boat across the sound. 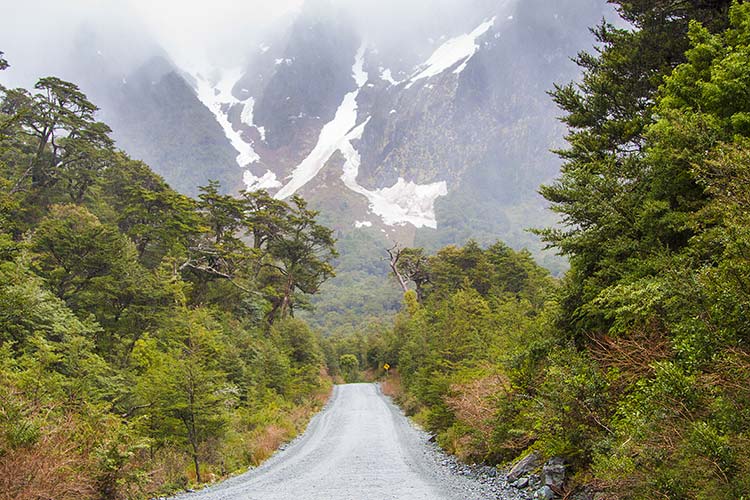 Skirting the sound and passing several secluded, high-end fly-fishing lodges, you'll come up against the toughest (and highest) section of Carretera Austral, passing through the mist-shrouded Parque Nacional Queulat, wedged between craggy mountains. From the visitor centre, a short distance off the road, there is a good short hike to the lookout that takes in the Ventisquero Colgante, the park’s hanging glacier. Paso Queulat makes for a particularly difficult drive, its steep, narrow, serpentine curves liberally strewn with jutting rocks, pockmarked with potholes the size of Cumberland and criss-crossed by shallow streams.

Breathe a sigh of relief as you reach the turnoff for the fishing community of Puerto Cisnes – you'll welcome the beautifully paved road. From there it’s smooth sailing all the way to the regional capital of Coyhaique, where you can take your pick of several decent restaurants and get lost in the spiderweb of streets that radiate from the pentagonal main plaza. It’s worth detouring briefly to coastal Puerto Chacabuco: from here you can take a day trip with Catamaranes del Sur (www.catamaranesdelsur.cl) in a high-speed catamaran to the San Valentín glacier. Zodiac boats make their ponderous way through a sea filled with enormous chunks of ice to the glacier’s 60m face.

A partly paved gravel road connects Coyhaique with the small settlements along the shores of Lago General Carrera. Puerto Río Tranquilo is a jumping-off point for boat trips to the sculpted rock formation of Capilla de Mármol. A particularly hair-raising, steep and narrow road skirts the southern shore of the lake, heading to Chile Chico, a cherry-growing town with its own microclimate and flamingo-dotted lagoons at the nearby Reserva Nacional Jeinemeni.

The end of the road 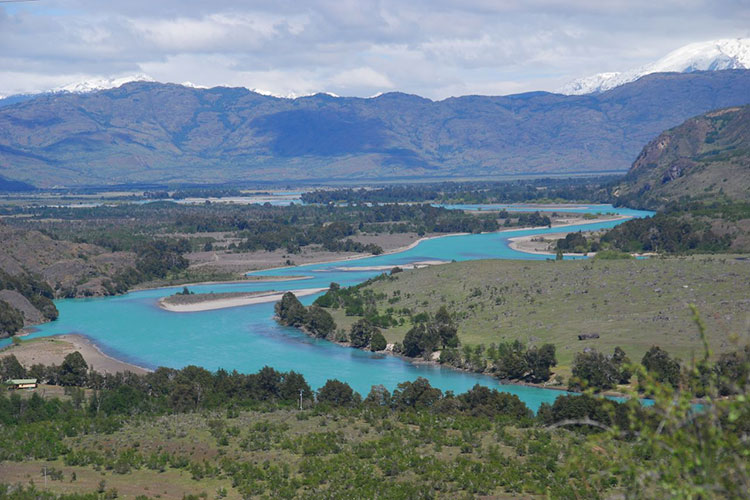 Further south along the main highway, the former ranching town of Cochrane is your last chance to stock up on petrol, eat a good steak and withdraw money from a (mostly functioning) ATM before the last, long, lonely stretch south to Villa O’Higgins, the end of the road. But first take a detour just north of Cochrane to Valle Chacabuco – a national park project that’s part of the Tompkins legacy, with regenerated wilderness and a re-established wildlife corridor for guanacos, foxes and huemul – Chile’s endangered deer. Don’t neglect a visit to Caleta Tortel, a unique fishing village beautifully positioned between two ice fields, its cypress-wood houses connected by creaky boardwalks and water taxis rather than roads. It's the last turnoff south of Cochrane.

The approach to Villa O’Higgins is nothing short of spectacular: narrow, hairpin bends, bumpy washboard road that’s the bane of hard-core Carretera Austral cyclists, and a sheer drop to one side that promises an untimely demise for any driver showing less than constant vigilance, coupled with glimpses of untamed rivers and virgin forest-clad mountains. After the short car-ferry crossing at Puerto Yungay, it’ll be another 100km until you’ve made it to Villa O’Higgins. This isolated pioneer community of 500 people has a neat grid of streets overlooked by looming bare mountains. You can now claim your reward in the form of Patagonian lamb spread-eagled on the barbecue at Entre Patagones. 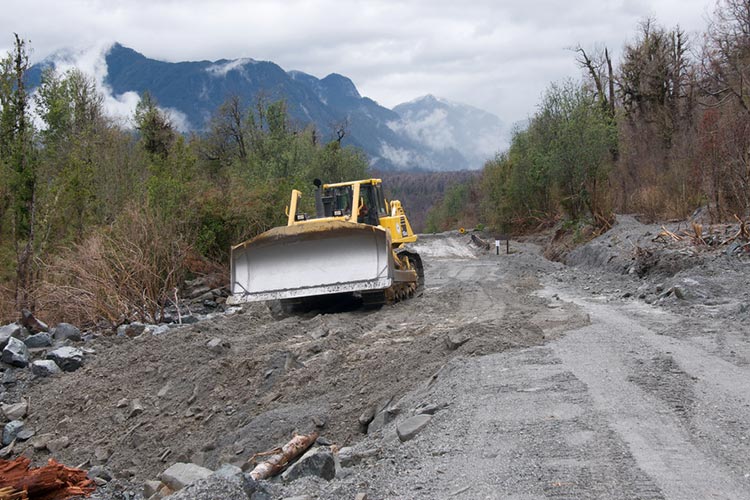 A damaged section of the Carretera Austral near Chaitén. Image by Sam Beebe / CC BY 2.0.

You can rent a car either in Puerto Montt in the Lakes District and drive south, or in Coyhaique, halfway along the Carretera Austral. Car ferries connect Puerto Montt to Chaitén and Puerto Aysén, near Coyhaique; there are also car ferries from Hornopirén to Caleta Gonzalo (ferries only run regularly in summer). Book a place well in advance for all of the above.

Most car rental companies insist that you rent a 4WD if you wish to drive the Carretera Austral. Though it will make your life easier, a 4WD is not necessary. But a vehicle with high clearance is essential. Most settlements have petrol stations, so filling up is not a worry, but you must take a spare tyre (neumático), all equipment necessary to change said tyre, as well as food and a sleeping bag in case of breakdown. Emergency services don’t exist, so if you do break down, you can only depend on yourself and your fellow motorists; if you see someone in trouble, stop and help.

Driving too close behind other vehicles is a recipe for a cracked windshield on gravel roads, and if you’re not used to driving on gravel, take it slowly; taking a corner too fast on a ripio (dirt and gravel) surface is the easiest way to skid off the road. Since road curves are not marked with reflectors, driving at night is not recommended. Give yourself plenty of time, as sections of the road are susceptible to landslides and flooding. And take plenty of cash, as Coyhaique is the only town with reliable ATMs.