Booze and books have a natural affinity: both look great on a wooden shelf, both are designed to be consumed, and, for better or worse, writers have tended to gravitate toward certain booze-dens through the years.

Here are ten of New York City’s best bars with a literary past and present, ranging from dive bars to darkened Bohemian writers’ dens to somewhere only bestselling authors could afford more than a drink.

This dark and atmospheric watering hole has all the earmarks of a New York classic – pressed tin, carved wood and an air of literary history. Pete's Tavern first opened its doors in 1864, and the American author O'Henry was a regular here – the bar then known as Healy's even appeared in one of his short stories. Today the pub draws in everyone from post-theater couples and Irish expats to no-nonsense NYU students.

Through the 1920s, Midtown Manhattan’s historic Algonquin Hotel was the meeting place of a group of well-known local writers, journalists and actors calling themselves the 'Algonquin Round Table'. The regulars met almost daily at the bar – this included the likes of Dorothy Parker, George S. Kauffman, Robert Benchley, Heywood Broun and The New Yorker magazine founder Harold Ross. The Blue Bar beckons thirsty literary historians in for a tipple, but plan to pace yourself. The cocktails (two drinks can set you back $40) aren't easy on the wallet.

Famed as the bar where Dylan Thomas drank right before he died, the White Horse Tavern was also patronized by another Dylan (the one named Bob), not to mention Anaïs Nin, Norman Mailer, Hunter S. Thompson, and Jack Kerouac. Kerouac got tossed out of the bar on several occasions, and wrote that he once found 'Go home Kerouac' written over the urinals (in some versions of the story it’s 'Jack Go Home' or 'Go Home Jack', and people still write variations on the wall).

A variety of famous Dylans have supped in the White Horse Tavern. Image by Paul Simpson / CC BY 2.0

The Half King (Chelsea)

A bar and restaurant owned by writers might sound like a tragic recipe for failure (particularly when one penned The Perfect Storm), but the Half King steadfastly defies such easy ironies. Owned by Sebastian Junger, Nanette Burstein and Scott Anderson, the Half King has created a successful hybrid between a comfy pub and candlelit writer’s hideaway. Weekly readings feature some of today’s foremost writers.

Named after the author and illustrator of the classic Madeline children’s books, Bemelmans Bar features Ludwig Bemelmans’ only publicly displayed art, the mural Central Park which rings the Art Deco cocktail lounge. Keep an eye out for ice-skating elephants and rabbits picnicking in Central Park. A jazz trio plays nightly at 9.30pm (9pm on Sundays and Mondays). Come before then to avoid paying a hefty cover charge.

Widely known as the restaurant and bar plastered with celebrity caricatures (and occasionally plastered celebrities themselves), Sardi’s  also holds some interest for those with a bookish bent. Heywood Broun, of Algonquin Round Table fame, also found time to be a member of the Sardi’s Cheese Club, a group of journalists, critics and agents that met frequently at Sardi’s and included such luminaries Walter Winchell, Ward Morehouse and Ring Lardner.

Get to know your fellow patrons at Sardi's. Image by Alan Light / CC BY 2.0

Kettle of Fish has moved around to several locations since it opened in 1950 above the legendary Gaslight Cafe, and it picked up some interesting clientele (Dylan, Kerouac and Hunter S. Thompson among others) and inherited some history along the way. Today it’s a dive bar, sports bar, gay bar, boho literary bar all in one cozy cellar – maybe it’s your bar too?

McSorley’s has been serving ale since 1854(ish), but only allowed women through the door in 1970. Still y-chromosome-heavy (but also tourist-heavy), little has changed through multiple waves of hipness, unhipness, and so-unhip-that-it’s-hip-ness. No matter what you want to order you get two mugs of ale. Notable patrons such as Joseph Mitchell, e.e. cummings, and Brendan Behan, not to mention two presidents (Lincoln and Teddy Roosevelt), also got two mugs of ale (at the very least – Abe could put it away).

The East Village's own grungy Algonquin roundtable, the KGB Bar has been drawing literary types to its regular readings since the early 1990s. Even when there's no artist in residence, the dimly lit parlor-room style drinking den is a fine spot for kicking back. One flight up, the Red Room aims for speakeasy elegance with an old upright piano and tufted leather banquettes. It also hosts less literary amusements, such as jazz trios and burlesque shows.

Dating from 1892, the Old Town Bar lives up to its name, with original tile floors and old-fashioned pressed tin ceilings. But unlike some of the others on this list, Old Town Bar boasts a modern list of literary heavies as recent customers have included the late Frank McCourt (look for a signed copy of Angela's Ashes over one of the booths). Madonna fans might remember her relishing a cigarette in her Bad Girl video (1992) (see youtube.com) lit by a helpful Old Town Bar barkeep (also featuring Christopher Walken in his second best scene involving a pocket watch).

This article was originally published in June 2012 and updated by Regis St Louis in July 2015. 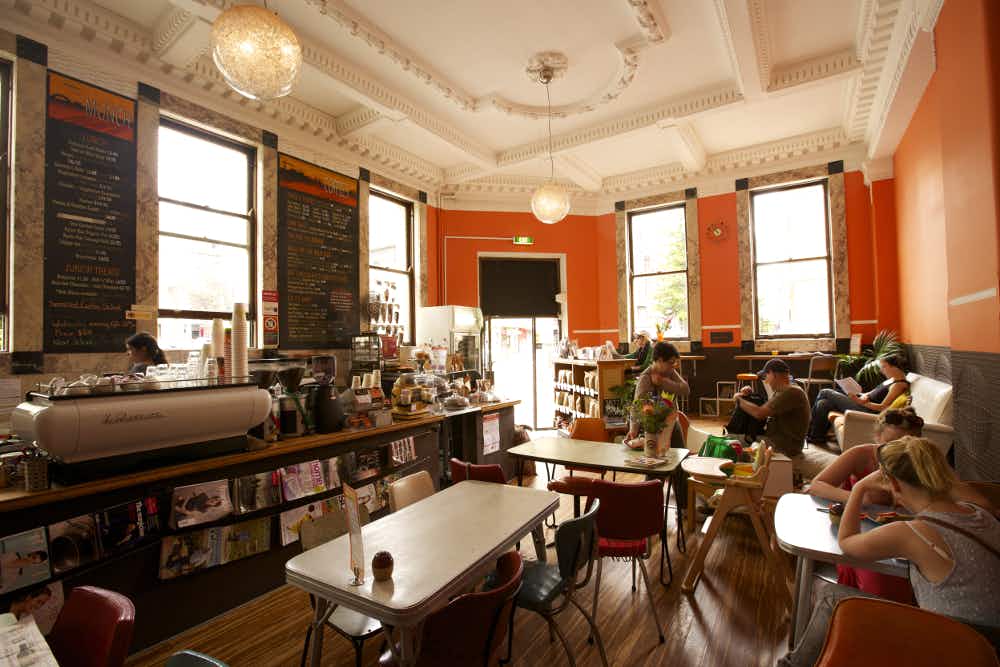 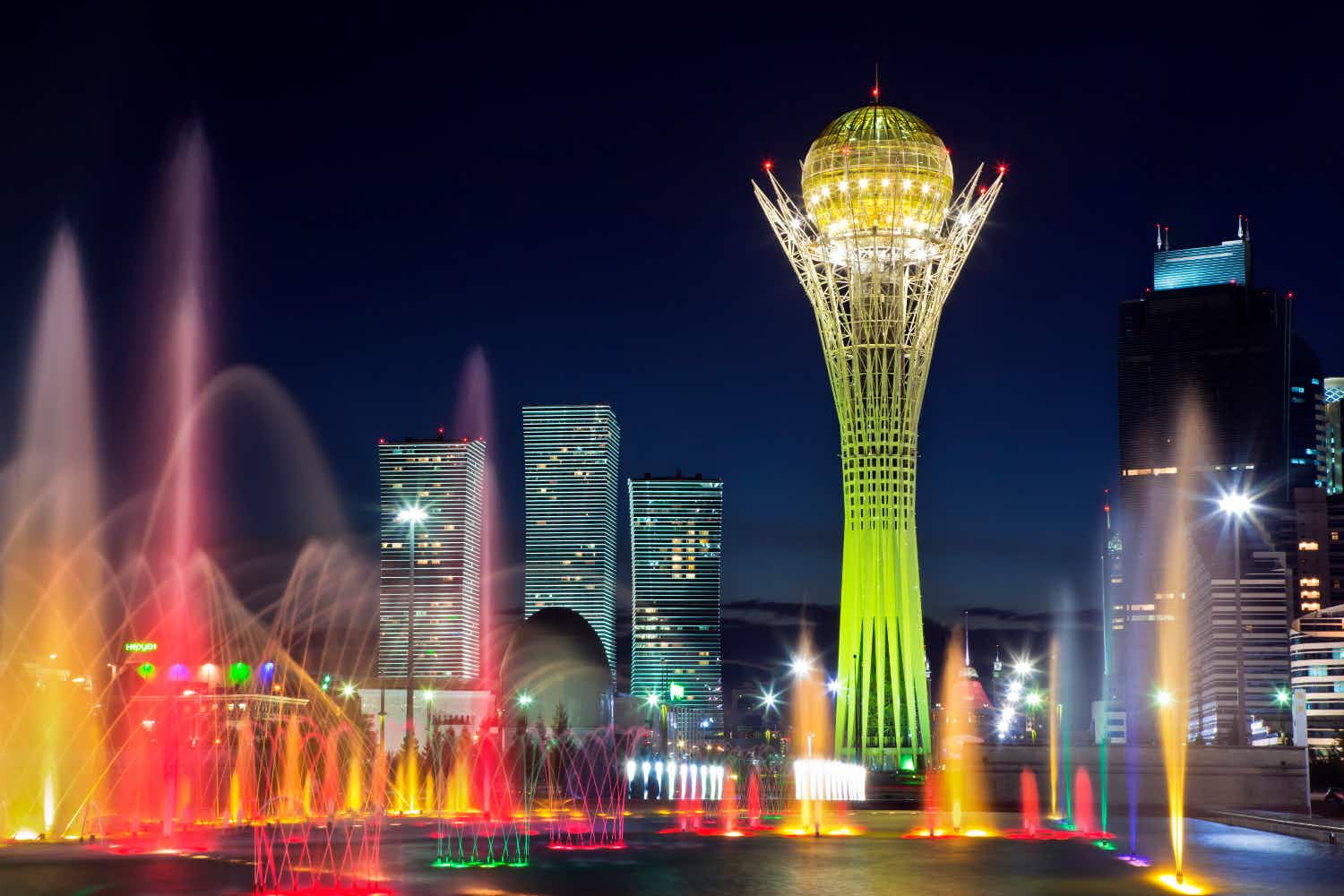 A tour of Astana's wacky and wonderful architecture