A clockwise tour of eastern Mongolia

Solitude, remoteness and a sense of boundless space draws the most adventurous travellers to the little-visited hills, mountains and grasslands of eastern Mongolia.

The country's extreme east is so hostile to human habitation that even the nomads’ gers are few and far between. Here you can gallop across endless seas of green, camp at secluded lakes, ascend holy mountains, and, armed with a copy of The Secret Life of the Mongols, follow the trail of Mongolia’s most famous son, who changed the face of Europe and Asia.

A land of hills, lakes and forests 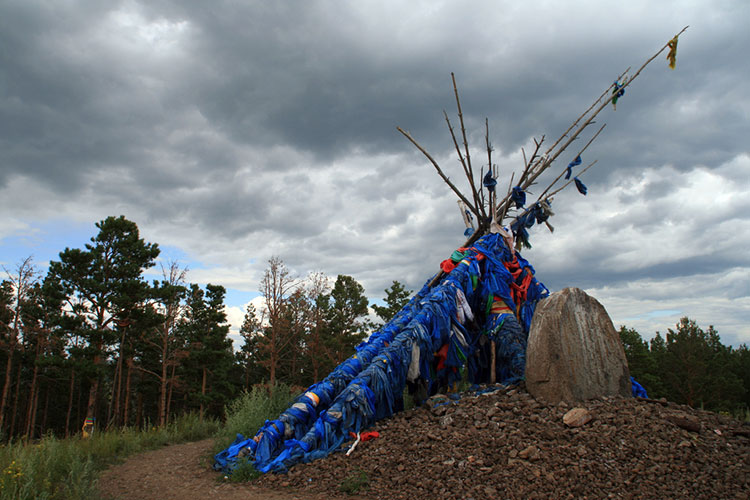 The alleged birthplace of Chinggis Khan. Image by Anna Kaminski.

To begin your clockwise tour of eastern Mongolia, take the road that runs east from Ulaanbaatar to Chinggis Khan City, then head north into a land of hills, lakes and forests. You’re now in Khentii, the quiet province that spawned one of history’s greatest warlords. You’ll come across Khökh Nuur, the lake where Chinggis Khan first proclaimed himself the khan of the Mongol tribe, and Baldan Bereeven Khiid, an attractive temple that’s been recently restored after destruction during the Communist purges of the 1930s.

In Binder you can rustle up some horses for an expedition to Burkhan Khalduun, alleged burial place of Chinggis Khan, though ascending the holy mountain is off-limits to foreigners. The appealing village of Dadal is the alleged birthplace of the great man, and the spot is marked with a large ovoo (a shamanic cairn covered in devotional ribbons). You can drink from the same spring as the Khan, and check out his family tree at the small museum dedicated to Temujin.

Head east, and you’re in north Dornod, the view of the steppe sometimes broken up by herds of passing gazelle. In the hills near Bayan-Uul village are the mysterious ruins of a temple, its origins unknown. This is also one of the few parts of the country where genuine shamanism is still practised, so you may stumble upon a ceremony. 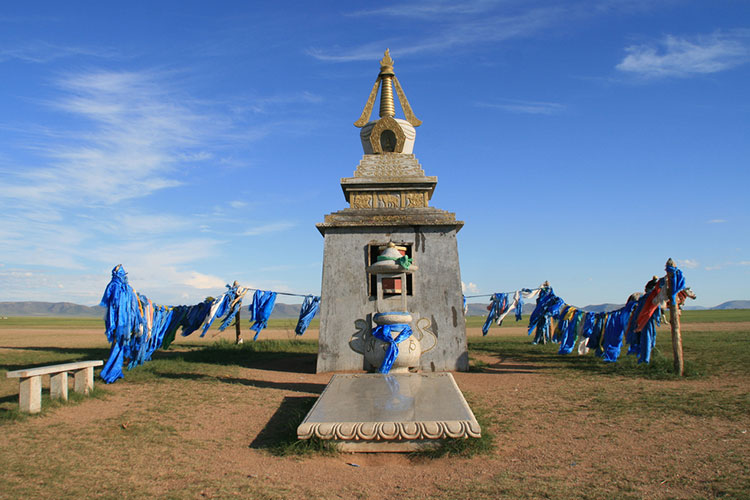 A shrine on the banks of the Avarg-Toson lake. Image by Anna Kaminski.

Not quite reaching the Russian border, turn south and camp far from civilisation next to another Khökh Nuur (Blue Lake), a bird-rich wetland that marks the lowest point in Mongolia – 500m above sea level. En route to Choibalsan, the bustling regional capital where you’ll be glad of a hot shower and something other than camping fare, you’ll pass fragments of Chinggis Khan’s Wall, the ruins so eroded that it’s more of a Chinggis Khan Road.

The extreme east of Mongolia is grassland as far as the eye can see, sometimes punctuated by an ovoo or a rare ger. In the easternmost corner lies the vast Buir Nuur lake, splendid in its isolation. Camp towards its northern end, and watch the sun set over China, way across the water.

The Khalkhiin Gol river flows east of the lake. Few know that some of the most decisive battles of WWII were fought on its banks in 1939 - had Japan succeeded in conquering Siberia, the outcome of the war may have been very different. The combined Soviet-Mongolian force repelled and defeated the Japanese, and the banks of the river are lined with numerous memorials.

Nearby, a hillside at Ikh Burkhant is graced with an enormous image of the deity Janraisag, guarded by fearsome stone statues, with two more above his head entwined in a stone embrace. As you cut southeast across the grasslands and new oil fields, you bypass the Nömrög and Dornod Mongol Strictly Protected Areas, set aside to preserve what is left of the Ussurian moose and the gazelle, respectively, under threat from local poachers and illegal hunting by the Chinese. 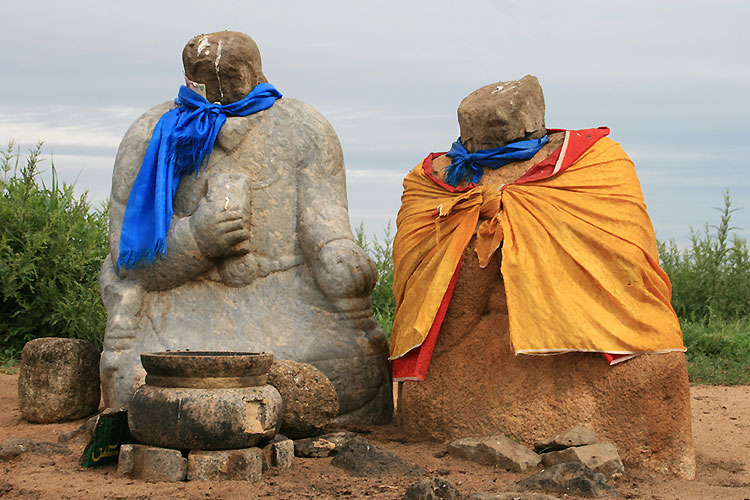 In eastern Mongolia’s southernmost part, the Sükhbaatar province that’s dotted with balbals  (anthropomorphic stone stelae believed to be memorials to honoured dead), Dariganga village sits at the foot of the Altan Ovoo – a former crater topped with a stupa – that’s holy and off-limits to women. The deities are more egalitarian-minded when it comes to the nearby holy mountain of Shiliin Bodg Uul; women can now also hike up to the summit of this extinct volcano to the large ovoo topped with black horsehair banners and emitting a pungent smell due to the offerings of food and milk. Go from the mountain top to the depths of the nearby icy cave, Taliin Agui; the cave allegedly possesses positive energy and wrestlers come here to make offerings.

Heading back towards Ulaanbaatar, detour south to Delgerkhaan, the ancient tent city that is said to have preceded Karakorum as the first capital of the Mongol empire. It is still a ger town that sits on the bank of the round Avarg-Tösön lake, with a shrine on one side and a large ovoo on the other. A holiday camp atmosphere prevails, with locals bathing in the waters that have alleged healing properties. South of Avarg-Tösön, near another Chinggis Khan obelisk, you can fill up your water bottle with slightly salty, carbonated water at a natural spring. 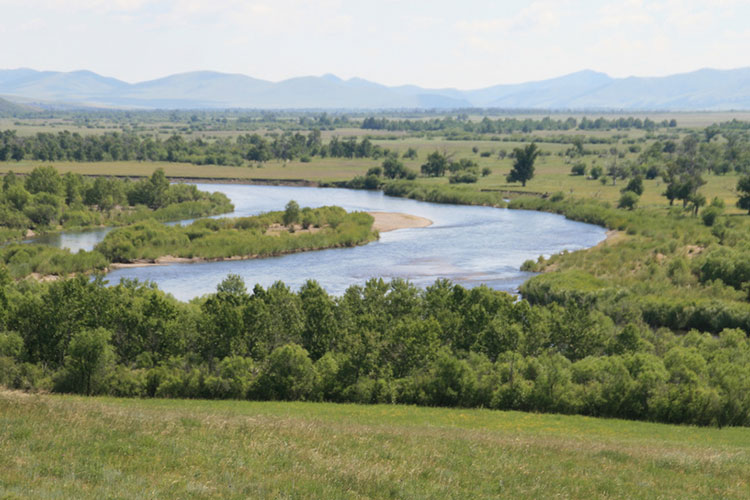 A river winding through the countryside of eastern Mongolia. Image by Anna Kaminski.

Exploring eastern Mongolia requires plenty of time, patience and planning. The main towns – Chinggis Khan City, Baruun-Urt and Choibalsan – are connected to Ulaanbaatar by reliable daily buses, and you can reach smaller settlements such as Dadal and Dariganga by less frequent jeeps and minibuses.

However, to reach the region’s remote main attractions, you’ll need your own wheels or hooves. Jeeps with drivers are most easily rented in Ulaanbaatar. Self-driving is difficult as the majority of the roads are rough, muddy dirt tracks and if you have a breakdown, you’re on your own; still, you can rent a jeep from Happy Camel (www.happycamel.com). Jeeps and drivers can also be rented in other towns, but you’ll have to contend with the language barrier. Most ger camps can rent horses and guides. A GPS is invaluable for finding out-of-the-way sights.

Finally, before setting off from Ulaanbaatar, you’ll need to get permission from the State Frontier Guard Authority office to visit border areas such as Dadal, Khalkh Gol and Dariganga. You may need to specify in which order you intend to visit these locations and you will have to register at military posts en route.

You can pick up basic supplies in villages, and traditional hospitality dictates that if you stop at a ger, you will be given tea and bread. Still, it’s best to be self-sufficient and come equipped with plenty of food, water, a stove and a tent. Camping is never a problem; in the more visited areas you can also stay in ger camps, while the towns offer basic hotels.

Anna Kaminski is a Lonely Planet author whose travels have taken her to the Mongolian steppe, where she traced the trail of her potential ancestor, Chinggis Khan. Unlike him, though, she considers traditional Mongolian saddles to be bona fide torture implements. She tweets @ACKaminski. 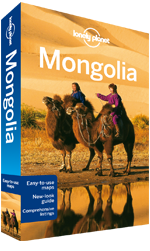 From gers to five-star stays, check out Lonely Planet's expert-recommended hotels and hostels in Mongolia.