8 reasons Belize should be on your radar

From the verdant jungles to the I-can’t-believe-these blues of the coast, Belize is a small Central American nation that packs a punch for those looking for an affordable paradise. We've compiled a list of reasons why you need to drop everything right now and book a trip.

It’s affordable and easier to get to than ever before

Thanks to new flight routes through Dallas and Houston, there are now 8 U.S. cities that fly direct into Belize’s Philip S.W. Goldson International Airport (BZE); most flying into Belize from outside the U.S. will still need to connect through one of the eight cities, such as Atlanta, Newark, or Los Angeles. There are also flights on Avianca, Copa and TACA that originate from a select few cities in Central America.

Once on the ground in Belize, it’s a quick, inexpensive flight on one of the local airlines to your preferred destination. Internal flights run often -- but on island time – so be prepared and adaptable and make sure you leave plenty of time for your connections. When you arrive, you’ll be able to use US dollars at a rate of two Belize dollars to one US; stores and restaurants are usually pretty lax about giving you back American money if you’re on your way out of the country, saving a stop at a currency exchange.

It's about as untouched as a place can be these days

Belize might be best known as a place where ex-pats from the US and Canada go to live out their retirement, but as you fly over the lush landscape on your way in, you’ll be captivated by the serene skyline and begin to understand why. There are no chains of any kind, save for one hotel in Belize City, and it’s incredibly easy to slip into the slow ways of this melting pot nation. Small towns and pockets of activity will make you feel like you’re the only person to ever have stumbled upon them, with most businesses, such as the Omar’s Creole Grub in Placencia and the high-class resort Hamanasi in Hopkins, run locally.

Mennonites mingle among Maya descendants, and Spanish can be heard mixing together with Kriol (Belizean Creole) and the native language of Garifuna. The country was settled by the British in the mid-1800s and was called British Honduras until the middle of the 20th century, and today you’ll see a few leftovers of colonial rule – English is the official language, and the country is home to a large Protestant population; you can get a good grasp of what the local culture is like by visiting the Lebeha Drumming Center for a traditional dancing and drumming session.

Move over, Costa Rica, because Belizeans also practice pura vida, though it’s not the national slogan. (Unofficially, you might hear 'You better Belize it!' more than once.) You can rappel through the jungle, go caving through the largest cave system in Central America, and spot toucans in the canopy. Many activities can be arranged through your accommodations; take flight on Belize’s longest zipline with Bocawina Rainforest Resort (bocawina.com) or head out for some birdwatching with Ramon’s in San Pedro (ramons.com).

It has some of the best marine life in the world

Divers and snorkelers should be ready to gear up, because this is one of the most revered spots on earth for marine life. Serious divers will want to hit up sites such as the Great Blue Hole, best done in conjunction with professionals from a place like the Belize Pro Dive Center. Those who prefer to skim the surface and snorkel instead will be hard-pressed to find a better spot to see fan coral, parrotfish and horse-eyed jacks than at Hol Chan Marine Reserve, off the coast of Ambergis Caye. An outfitter like Seaduced by Belize can offer a full or half day of catamaran sailing, a guided, in-water tour of Hol Chan’s reef and a thrilling time at Shark Ray Alley, where both bull sharks and sting rays can be spotted.

There’s something for history buffs, too

Belize boasts the largest number of ancient Maya ruins in Central America, and they run the gamut from the easily accessible Altun Ha, the closest to Belize City, to more remote structures such as Nim Li Punit in the south and Lamanai to the north. The most well-known and largest of the ruins in Belize is Caracol, a 55 square-mile city that was once one of the most powerful cities in the Maya world. The tallest pyramid within Caracol is Caana, which, at about 140 feet, is still the tallest man-made building in Belize.

Those arriving with low expectations regarding Belizean food might be stunned by the complexity of dishes at establishments such as Victoria House in San Pedro and Limilita, a pop-up restaurant at Itz’ana (itzanabelize.com), a luxury resort opening at the end of this year. The success of both of these restaurants is in part to chef Mara Jernigan, who moved from Vancouver several years ago to help train local chefs to use native ingredients in new and inventive ways, resulting in dishes such as cucumber and watermelon granite with wild Belize shrimp and oven-roasted Cayo chicken leg. Belizean staples like fry jacks and conch are readily available as well, the latter grilled to perfection at Maya Beach Bistro (mayabeachhotel.com) in Placencia and served with a leek flan.

For those looking for more traditional meals, try Omar’s Creole Grub in Placencia, where simple dishes such as eggs and fry jacks or coconut shrimp curry are on offer. Estel’s Dine by the Sea in San Pedro on Ambergis Caye in another local favorite, serving up tasty dishes such as breakfast burritos and Mayan eggs with fry jacks and beans; you’ll be overwhelmed at the extensive chalkboard menu, but rest assured it’s all fresh and hearty.

It’s a great place to do literally nothing

If you find yourself in Caye Caulker like many visitors do, you will be rewarded with an edict to 'go slow' and do nothing. Hang under a palm tree, kayak around the tie-dye blue waters, drink rum punch or wander one of the three streets on this car-less island. Genial Rastafarians might chase you down, asking if you want to buy some of their wares, but that’ll be the most stressful thing that happens to you all day here. If an escape to paradise is what you are after, then hightail it to Caye Caulker now.

Lauren Finney traveled to Belize with support from the Belize Tourism Board (travelbelize.org). Lonely Planet contributors do not accept freebies in exchange for positive coverage. 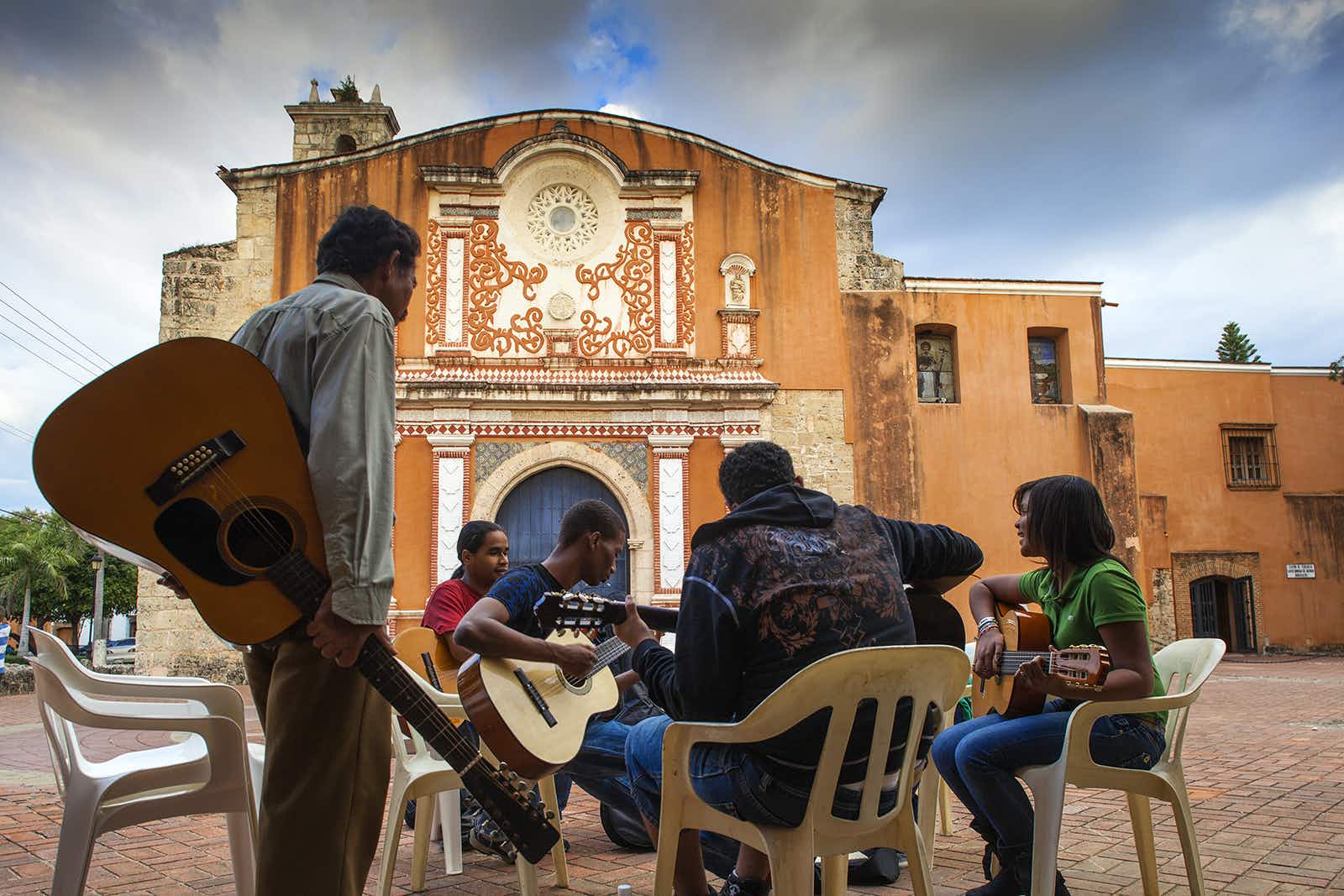 Finding the Caribbean rhythm: a musical guide to the Dominican… 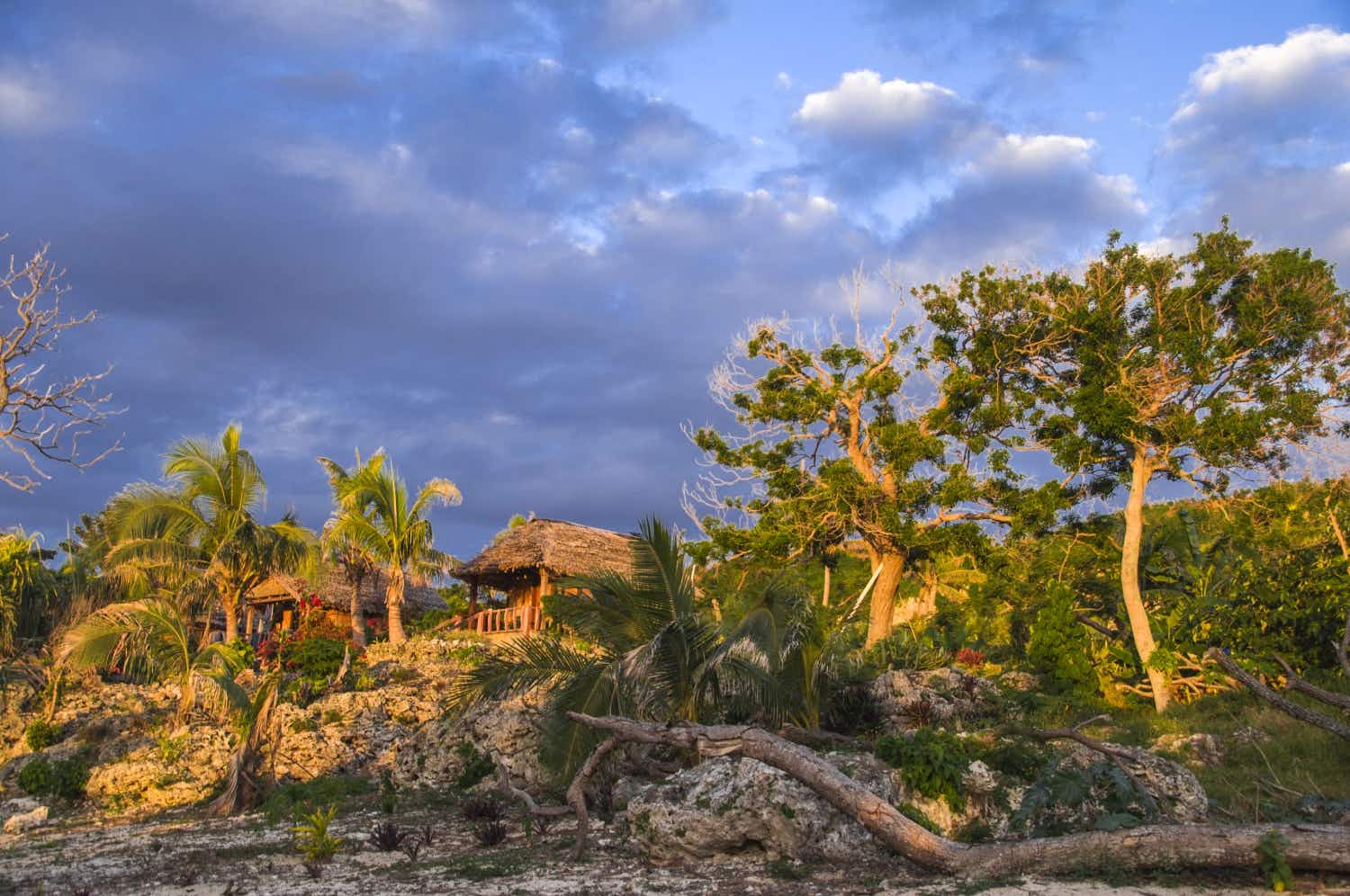 Why it's never been a better time to visit Vanuatu​…