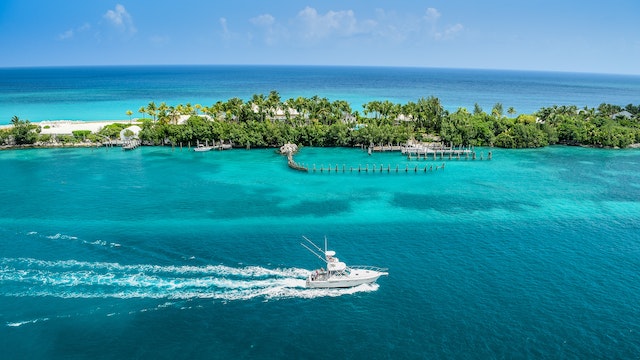 The scrub forest, wetlands, beaches and historic relics of Clifton Heritage National Park narrowly avoided being bulldozed to make space for new tourist developments, but thankfully, this strip of coast was preserved, protecting an important piece of the Bahamas' natural and cultural heritage. The park is probably most known for its surreal underwater sculpture garden, but on land are important sites from the islands' colonial and pre-colonial history – it's worth swinging by while exploring New Providence on a day trip from Nassau.

Only narrowly saved from the developers in 2000, the youngest national park in the Bahamas bears witness to the whole spectrum of human habitation on the islands. Tucked into a huge green swagger of coppiced woodland and wetlands are Loyalist and slavery-era remains left behind from the abandoned Whylly Plantation, a garden of artworks by Bahamian artists, and sites that were sacred to the island's original Lucayan inhabitants.

The former Whylly Plantation crowns a tall cliff, and dotted amongst the vegetation are the remains of modest huts and the stone walls of the owners' sprawling mansion, slowly being reclaimed by nature. Some structures have been restored to show how they would have appeared in colonial times, when the island was dotted with cotton plantations–a reminder of Bahamas' history that can be overlooked while enjoying its beaches and cocktails. Tours will walk you through the complex history of the site, which still feels a million miles from the big city crush of Nassau.

The cliffs drop down to the water at several lovely beaches named for their cameo roles in movies filmed on New Providence. There are no prizes for guessing what was filmed at Jaws Beach–a pretty, low-key and safe beach for swimming and snorkelling–while Flipper Beach featured in the eponymous dolphin flick (an early outing for a young Elijah Wood). Meanwhile, scenic Johnston Beach was a location for cheesy reality TV show The Bachelorette. Your chances of seeing sharks or dolphins are extremely slim, but you might spot the odd courting couple.

Beneath the surface of the ocean are the surreal forms of the Sir Nicolas Nuttall Coral Reef Sculpture Garden, centered on Jason de Caires Taylor's Ocean Atlas, a huge statue of a Bahamian girl holding the future of the oceans on her shoulders. More statues are scattered over the sandy seabed, slowly being claimed by marine life. The project was launched in 2014 by the Bahamas Reef Environment Education Foundation and you can explore with a mask and snorkel for a BS$22.50 fee (or BS$50 if you need to hire gear) which helps support their work.

Getting to Clifton Heritage National Park

The reserve is about as far as you can get from Nassau on New Providence without falling into the sea. Local bus services from Nassau fizzle out well short of the west coast, so it's easiest to come by taxi, or with a rented car or scooter. While you're here, you can head onto Adelaide Village, an outpost originally settled by people freedom from slavery, which has a fine sandy beach where you may spot the odd (harmless) nurse shark if you go snorkeling.