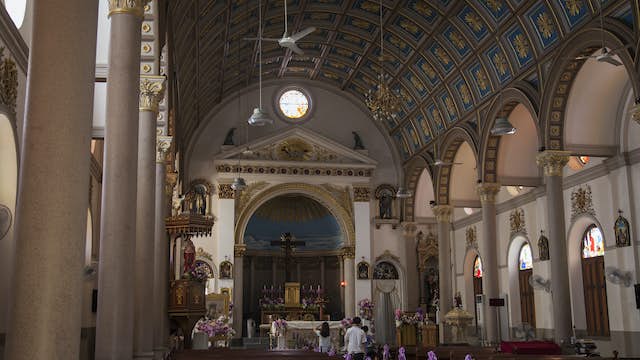 Centuries before Sukhumvit became Bangkok's international district, the Portuguese claimed fa·ràng (Western) supremacy on a riverside plot of land given to them by King Taksin, in appreciation for their support after the fall of Ayuthaya. Located on this concession, the Church of Santa Cruz dates to 1913.

Very little activity occurs on the grounds itself, but small and fascinating village streets break off from the main courtyard into the area known as Kuti Jiin, the local name for the church. On Soi Kuti Jiin 3, a few houses continue to sell Portuguese-inspired cakes and sweets.