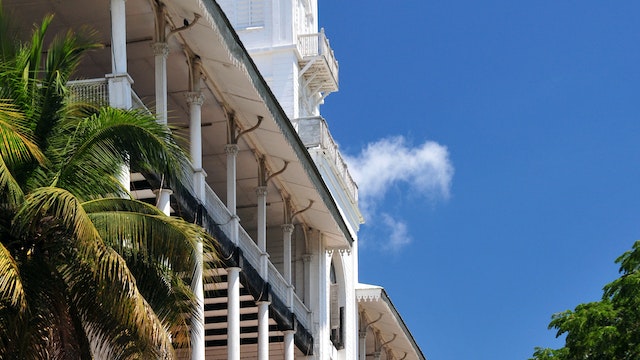 An icon of Stone Town, the House of Wonders rises in impressive tiers of slender steel pillars and balconies overlooking the waterfront. Its enormous carved doors are said to be the largest in East Africa, fronted by two bronze cannon with Portuguese inscriptions dating them to the 16th century. Inside, the National Museum of History & Culture has exhibits on Swahili civilisation and the peoples of the Indian Ocean.

Built for ceremonial purposes by Sultan Barghash in 1883, in its heyday the House of Wonders boasted marble floors, panelled walls and never-before-seen electricity and running water – hence its name. But in 2012, after years of neglect, a large section of balcony collapsed, closing the building's interior to the public.

Restoration has since stalled, and at the time of research there was no date for reopening, but you can still admire the House of Wonders from the outside. Even though the white paint continues to fade to rusty brown, it's still one of the grandest structures on Zanzibar.