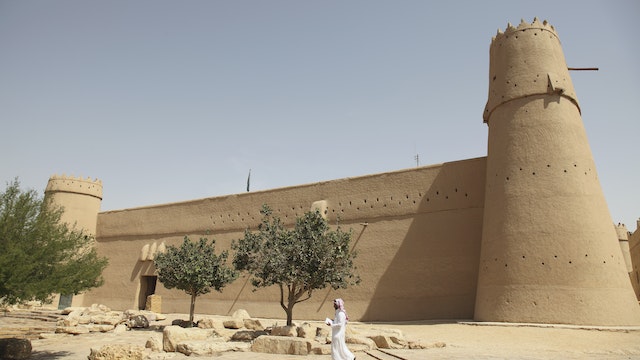 Surrounded by sand, this squat fortification was built around 1865 and is like a scene out of the movies: a big fortress representing an empire. It was the site of a daring 1902 raid by Ibn Saud, during which a spear was hurled at the main entrance door with such force that the head is still lodged in the doorway. Highlights among the exhibits include maps and fascinating photographs of Saudi Arabia dating from 1912 to 1937, in galleries converted from diwans (living rooms).

The roofs are covered with painted palm-tree, taramic and ethel wood and exude an old-world charm that evokes an Arabian painting. Inside, the information panels and short, chest-thumping films on the storming of the fortress and the ‘reunification’ of Saudi Arabia are reverential towards the Al Sauds but worth watching nonetheless.