Museum of the Arctic & Antarctic 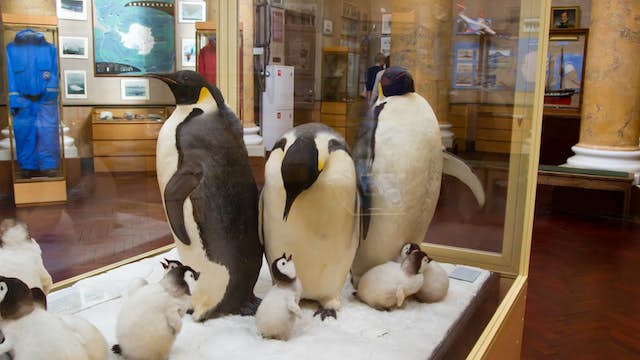 This museum is devoted to polar expeditions, wildlife, cultures and history. The enormous collection includes scientific equipment, maps, taxidermy, photographs, clothing and artefacts from polar cultures. Apart from the stuffed polar bears and emperor penguins, the most impressive exhibit is a 1930s wooden seaplane hanging from the ceiling, used during the Soviet exploration of the 'Red North' under Stalin. As you'd expect there's a strong focus on Soviet polar exploration, and there's very little signage in English.

Its location in the former Old Believers’ Church of St Nicholas is not well disguised, and the premises are very impressive, especially the upper floor, a round gallery overlooked by a crumbling cupola.